McLaren 720S Spider is a stunning droptop without compromise

McLaren has pulled the wraps – and the roof – from its latest supercar, with the 2019 720S Spider promising both performance and an uninterrupted view of the sky. A second variation of the award-winning 720S Coupe, the new McLaren 720S Spider is also the second car in the British automaker’s Track25 business plan, which should see a whopping 18 new cars or derivatives by the end of 2025.

The new convertible certainly starts from a good place. Like the 720S Coupe, it uses the automaker’s Monocage II-S carbon fiber core, with a bespoke carbon fiber body structure on top of that. Since that was all designed with a drop-top in mind from the outset, no extra stiffening or strengthening was required compared to the Coupe. 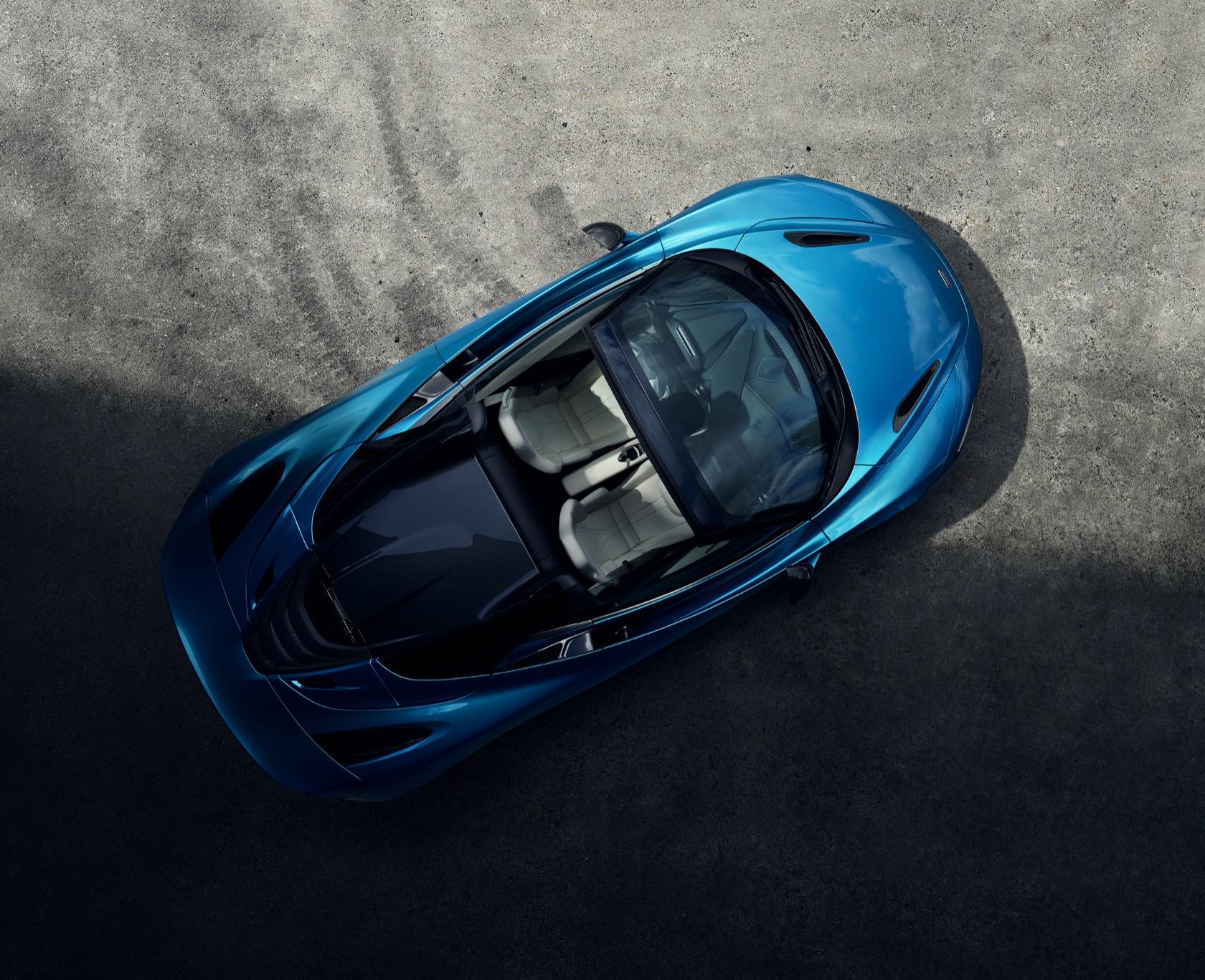 What’s new, of course, is the Retractable Hard Top, or RHT. Gone is the central “spine” running from the top of the Coupe’s windshield to the rear, spanning the cabin. Instead, the 720S Spider gets a one-piece, carbon fiber roof panel that’s electrically rather than hydraulically driven.

Not only does it look good – hardly changing the silhouette of the car compared to the original – it’s also much faster than rival roofs. Indeed, it will raise or lower in 11 seconds, six seconds faster than the old 650S Spider could manage. It’ll also operate when the car itself is running at higher speeds, with the strong motors and light roof weight meaning it can be used at speeds up to 31mph.

Twice as quiet in operation as the 650S Spider roof, it’s also significantly quieter inside when it’s closed. Indeed, noise levels are said to be lower than in the old 650S Coupe. When the RHT is opened, meanwhile, the rear window lowers automatically to control airflow into the cabin. That rear window can be independently controlled, too, dropping down between buttresses that are an inch lower than those in the 650S Spider to also help reduce turbulence. 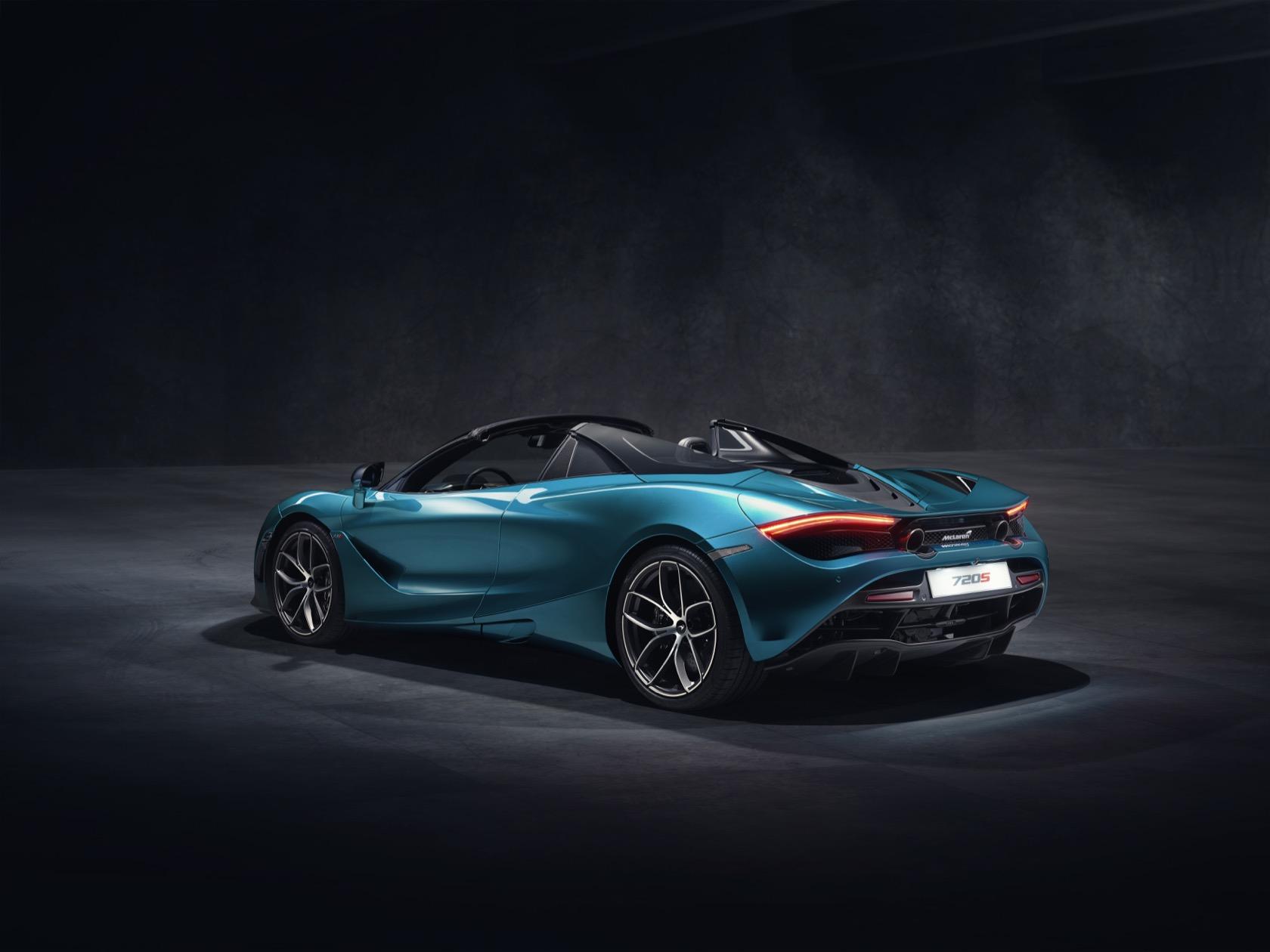 Despite the clever new roof tech, the 720S Spider is only 108 pounds heavier than the 720S Coupe. McLaren says that, at 2,937 lbs in its lightest form, it undercuts its closest rival by almost 200 pounds.

If you still want to see the sky, but don’t want to be exposed to the elements, there’s a trick there, too. Like the McLaren Speedtail, the 720S Spider has a clever electrochroamatic glass panel. Optional on the new convertible, it can switch between transparent and tinted electronically. It automatically tints when the car is stopped, to keep the cabin temperature low, but remembers the last setting when the 720S Spider is started up again.

Inside, the 720S Coupe cabin is carried forward. Accessed by new frameless doors, which open in the typical – and eye-catching – McLaren dihedral fashion, there’s dual-zone climate control that automatically adjusts whether the RHT is up or down. An 8-inch touchscreen handles multimedia and infotainment, while bespoke controls switch between the different drive modes and trigger other features. 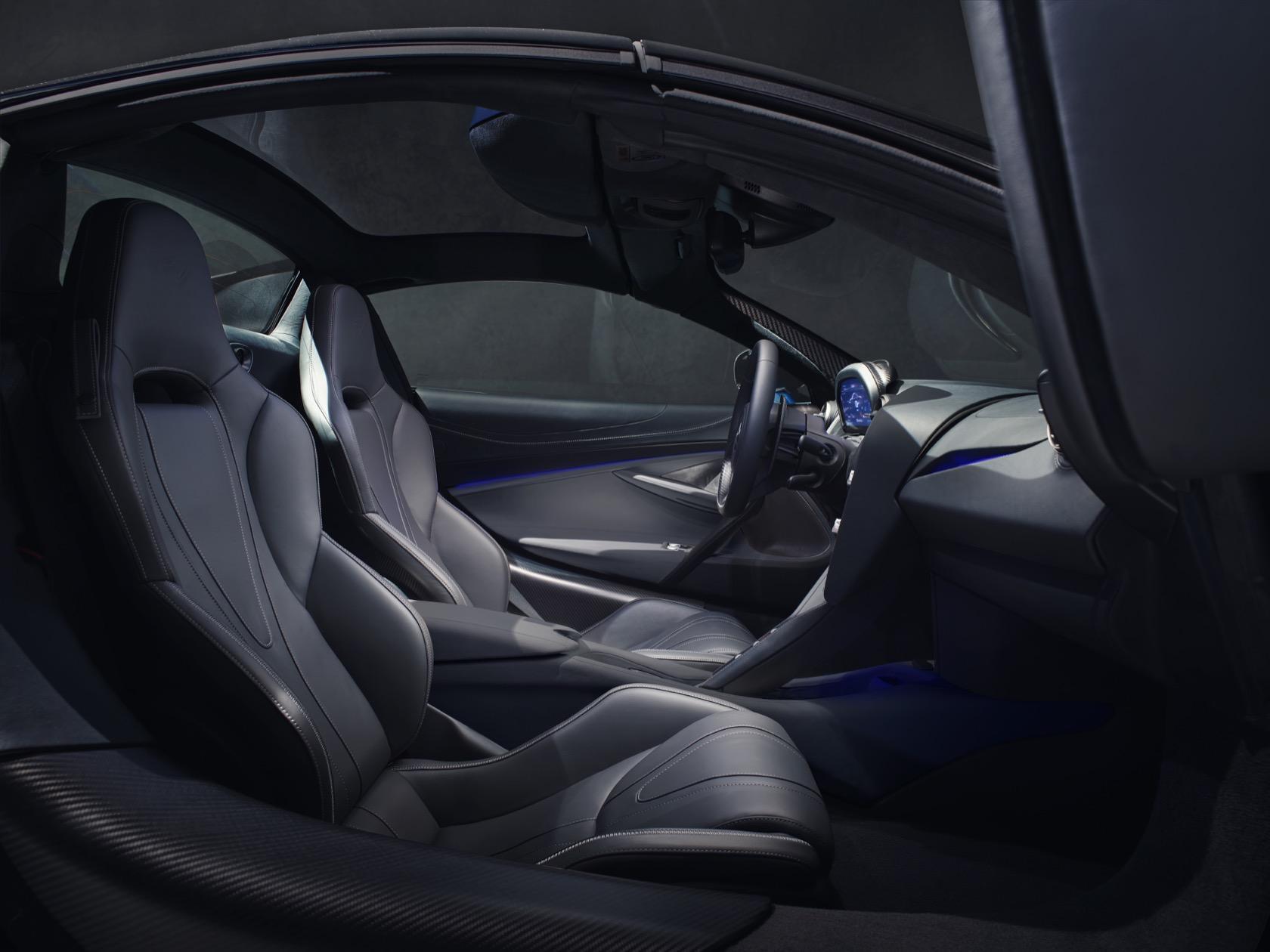 The active rear spoiler rises automatically at higher speeds, for better downforce, and can flip up to act as an airbrake. Again, its positions are different depending on if the RHT is open or closed. The Spider also gets new 10-spoke lightweight forced alloy wheels – 19-inches at the front and 20-inches at the back – shod in Pirelli P ZERO rubber as standard. P ZERO CORSA tires are a no-cost option. 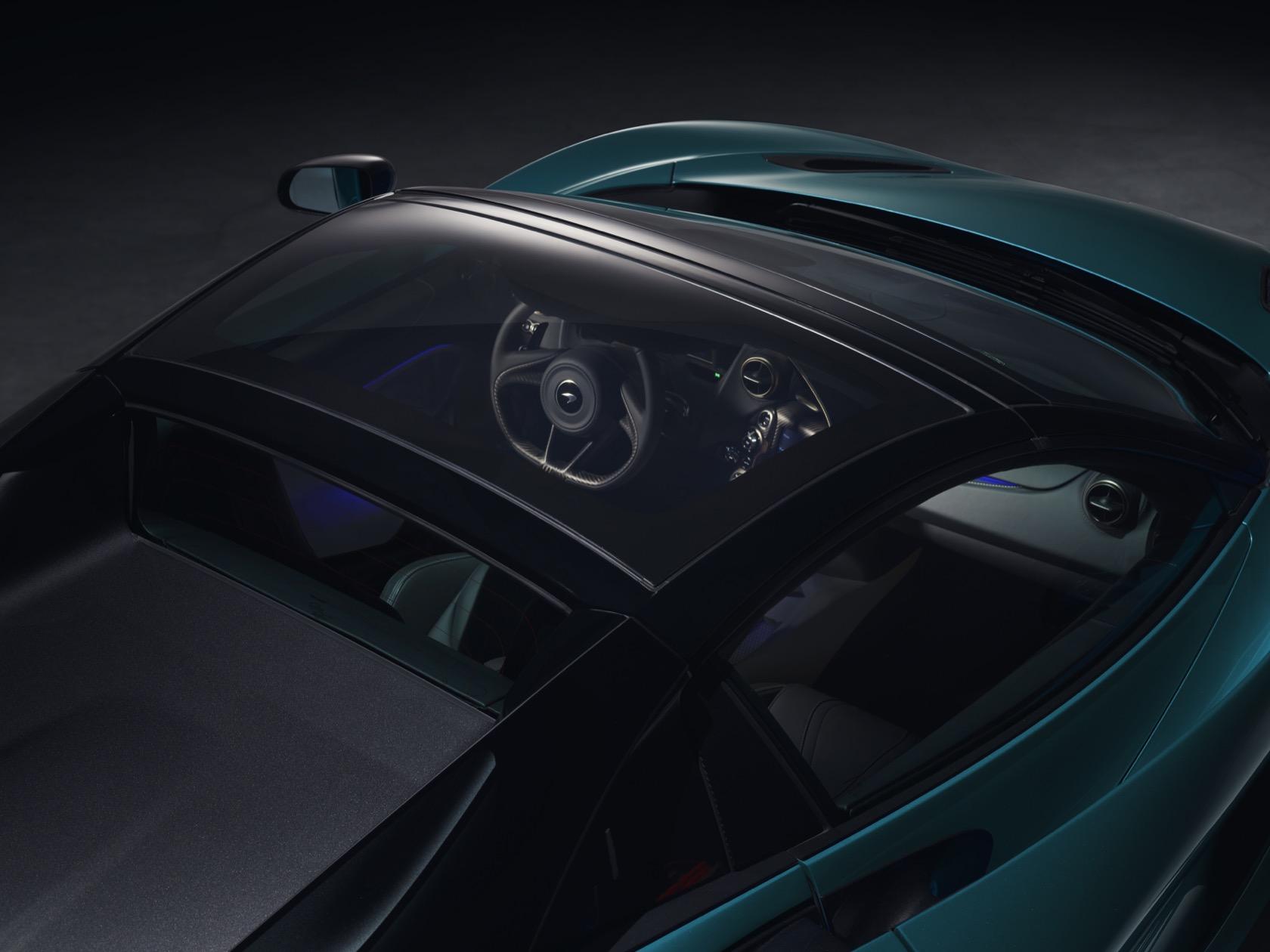 Some things haven’t needed to change, of course, and prime among those is the engine. That’s McLaren’s mighty M840T 4.0-liter twin-turbo V8, pushing 710 horsepower and 568 lb-ft of torque to the rear wheels. There’s a 7-speed SSG transmission and electro-hydraulic steering. The suspension uses McLaren’s Proactive Chassis Control II hydraulic system, with Comfort, Sport, and Track modes. 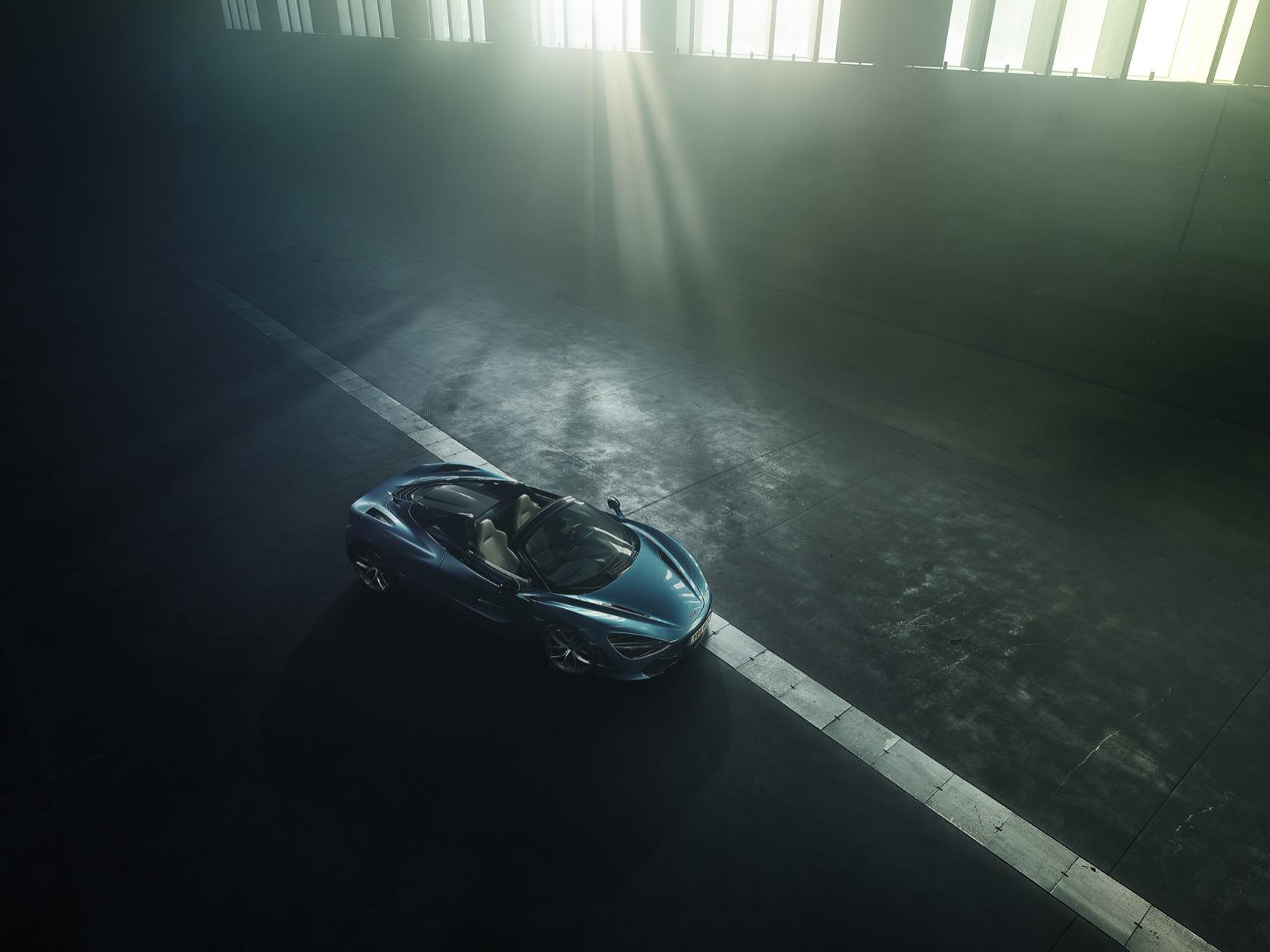 Three trims – standard, Performance, and Luxury – will be offered, along with two new exterior colors, Belize Blue and Aztec Gold. The Supernova Silver color first offered on the McLaren 12C is also being resurrected for the 2019 720S Spider. 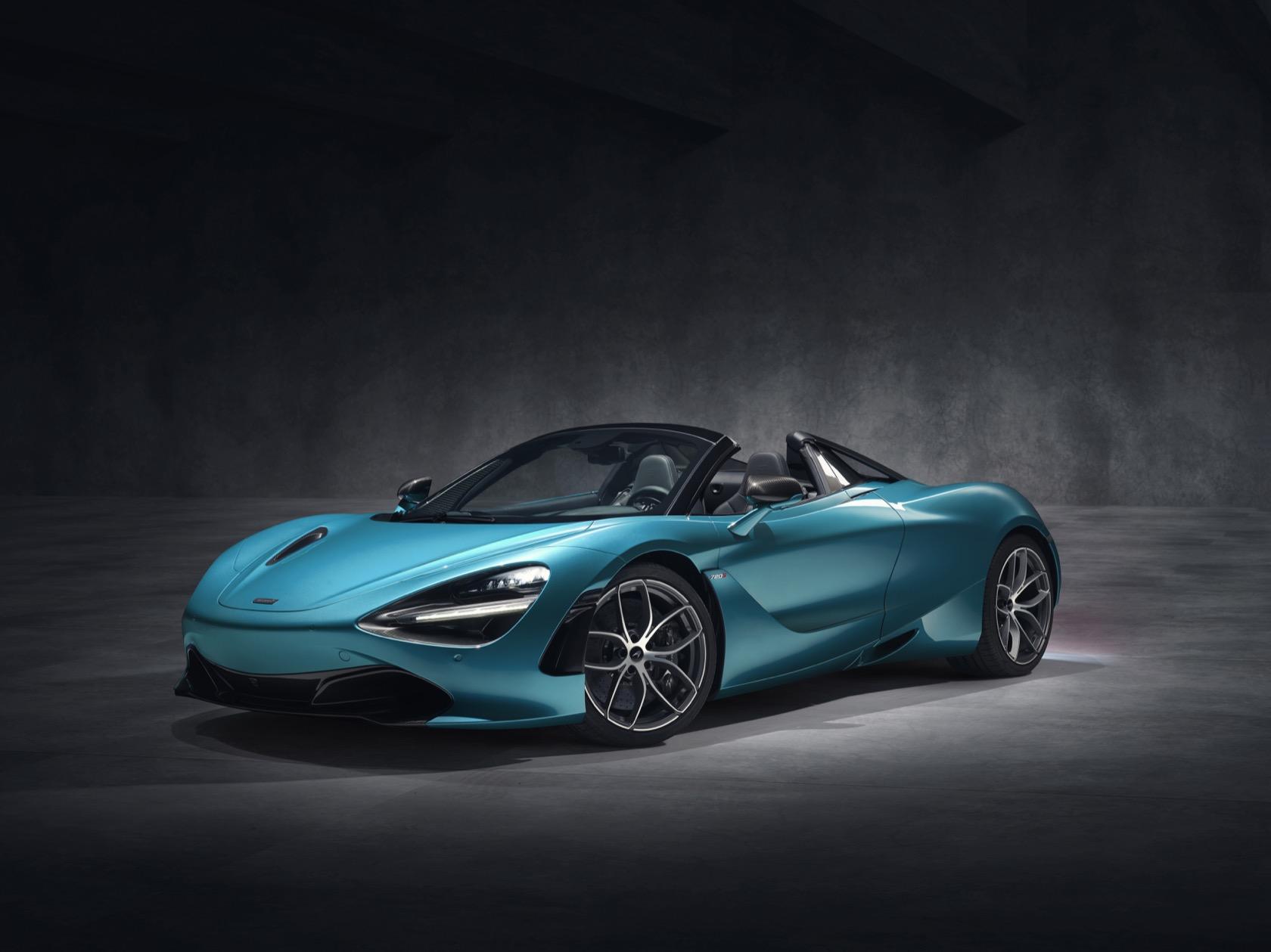