Apple has given the green-light to production of its next-generation chip, insiders claim, set to power the 2019 iPhone range which will pack even more cameras than today. The Apple A13 will be the successor to the A12 Bionic, announced in 2018, which is found in the current iPhone XS, iPhone XS Max, and iPhone XR.

In-house chip design has proved to be a key strength when it comes to iOS devices over the years. Apple’s tight control over both hardware and software, and its ability to specifically craft chipsets – whether processors, graphics, or co-processors dedicated to specific features – have helped with not just performance but power management and security.

For the 2019 iPhone range, there are expected to be three new models. Two will focus on the high-end, with the successors to the iPhone XS and iPhone XS Max adding a third camera on the rear of the phone. That’s widely expected to be an ultra-wide lens, with the trio of sensors arranged in a square rather than the rectangle of the current dual-camera phones.

The iPhone XR replacement, meanwhile, will again attempt to straddle features and affordability. It, too, is expected to gain another camera, taking it from the current single rear sensor to two. Like with the existing iPhone XS, that second camera is expected to be an optical zoom lens.

Powering it all will be the Apple A13. Production kicked off in April, Bloomberg‘s sources suggest, with Taiwan Semiconductor Manufacturing Co. – or TSMC – starting up test runs of its manufacturing. Mass production, meanwhile, could begin as soon as this month, the insiders claim. 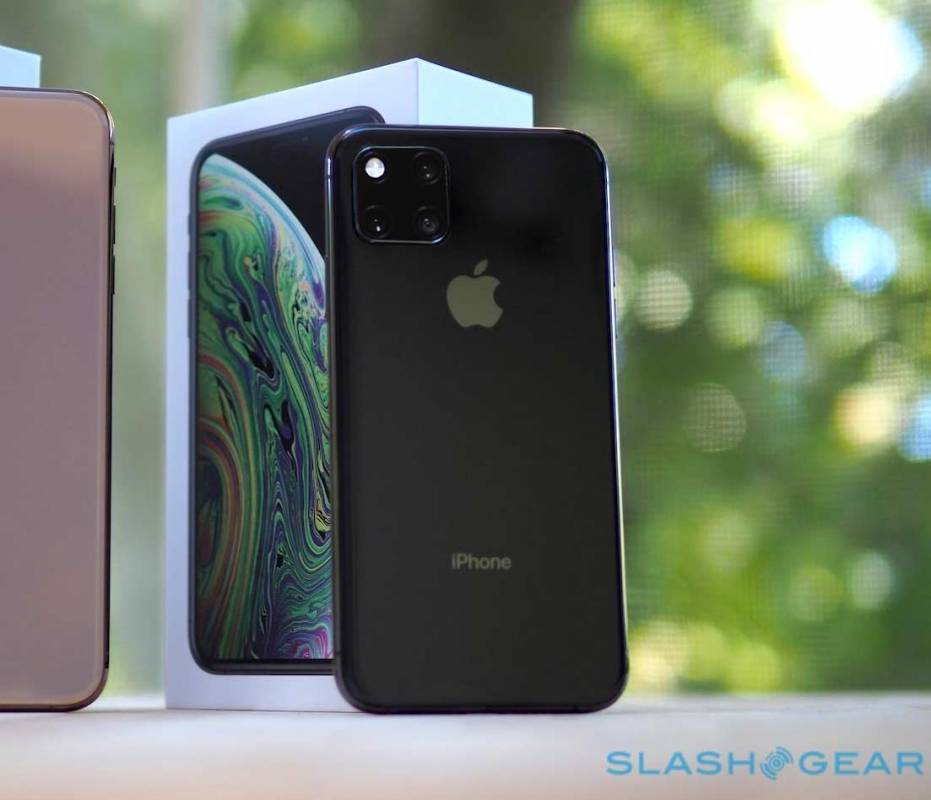 While the naming cadence may be straightforward to predict, the actually technical specifications of the Apple A13 are still unclear. As with the current A12 Bionic, it’s expected to be produced on 7nm FinFET processes. The A12 Bionic has a hexacore CPU architecture, and a custom quadcore GPU; Apple modified that design for the A12X Bionic, used in the latest iPad Pro, by making the CPU an octacore and the GPU a heptacore.

Tidbits as to what, exactly, Apple will do with its new silicon have emerged, however. The extra camera on the iPhone XS and iPhone XS Max replacements, for example, are tipped to not only expand the zoom range of the smartphones, but introduce what’s described as an “auto-correction” feature that could put people cropped out of the frame back into the final shot. That presumably uses extra data from the new ultra-wide camera to expand the field of view of the regular camera.

Meanwhile, Apple is also expected to borrow Samsung and Huawei’s reverse wireless charging feature, whereby accessories – such as the second-generation AirPods with their Qi wireless charging case – could be topped up by placing it on the back of the iPhone. To accommodate all the new features, Apple is said to be making the two flagship phones roughly a half-millimeter thicker.

If the usual roadmap holds true, Apple is likely to reveal the new iPhones at an event in September of this year. Before that, though, we’ll hear more details about iOS 13, the new version of the smartphone and tablet OS that the updated handsets are expected to launch with. That should happen at WWDC 2019 in early June.