There’s arguably no better place than the Pebble Beach Concours d’Elegance to launch a convertible, and so the all-new 2019 BMW Z4 M40i Roadster First Edition has picked the perfect spot to make its debut. Arriving twelve months after the automaker teased its droptop at Pebble last year, the new BMW Roadster promises more enthusiastic driving and more technology than before.

Certainly, it looks good. BMW’s kidney grille gets a mesh finish, the oversized dual-opening adopting a technical edge at the front of the lengthy clamshell hood. The front wheel arches house sizable air intakes of their own, too, and there are vertical stacked headlamps that echo the strong creases in the hood. 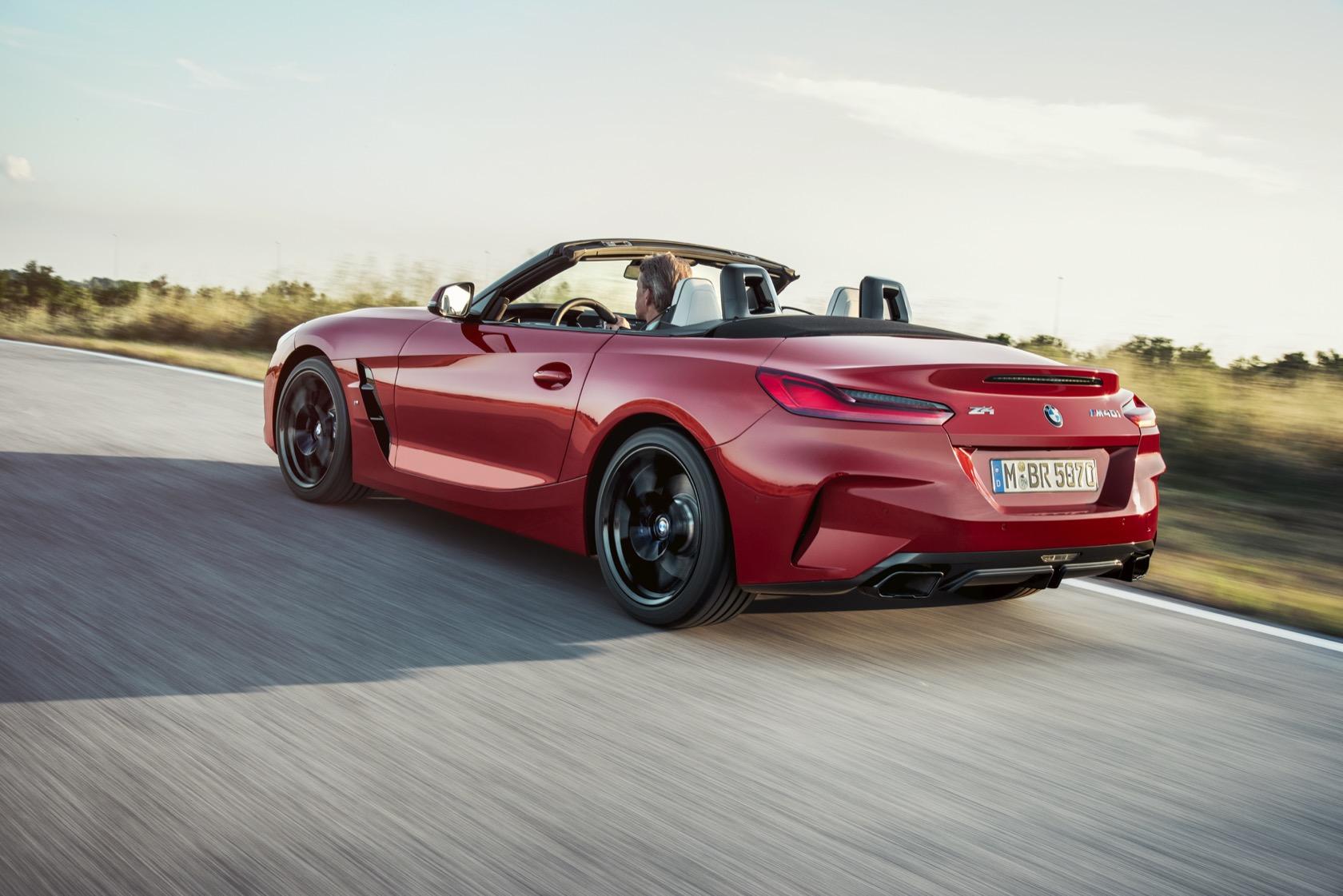 At the rear, there’s an integrated spoiler that bulges out of the trunk lid. The theme overall is about giving the 2019 Z4 Roadster the visual clues to its low center of gravity and 50:50 weight distribution.

Inside, it’s clear that the driver is the most important occupant. A two-seater, the new Roadster has no shortage of displays. The driver instrumentation binnacle is all digital, and there’s a head-up display above that, which can show speed, navigation instructions, and more. 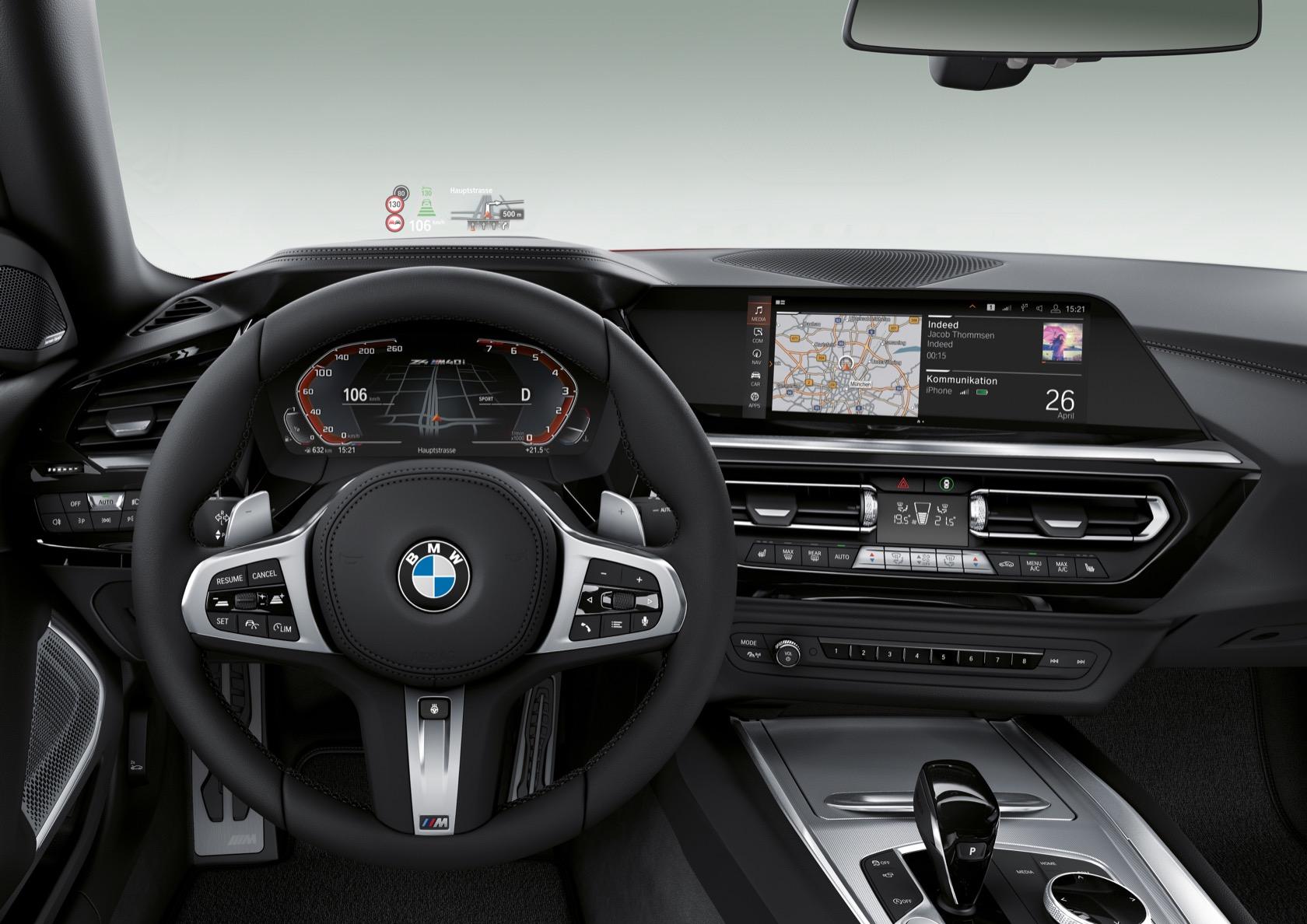 A broad infotainment display extends from the top of the dashboard, and there’s a smaller, monochrome screen dedicated to the HVAC settings lower down in the center stack. BMW has included a welcome number of physical buttons, rather than expecting everything to be controlled virtually, too.

As the name suggests, the 2019 BMW Z4 M40i First Edition will be the first of the new cars to make it to showrooms. It gets Frozen Orange Metallic paint and an anthracite with silver effect soft top roof, electrically operated of course. BMW Individual High Gloss Shadow Line black exterior mirror caps are included, too, along with 19-inch light alloy wheels with a two-tone, double spoke design. 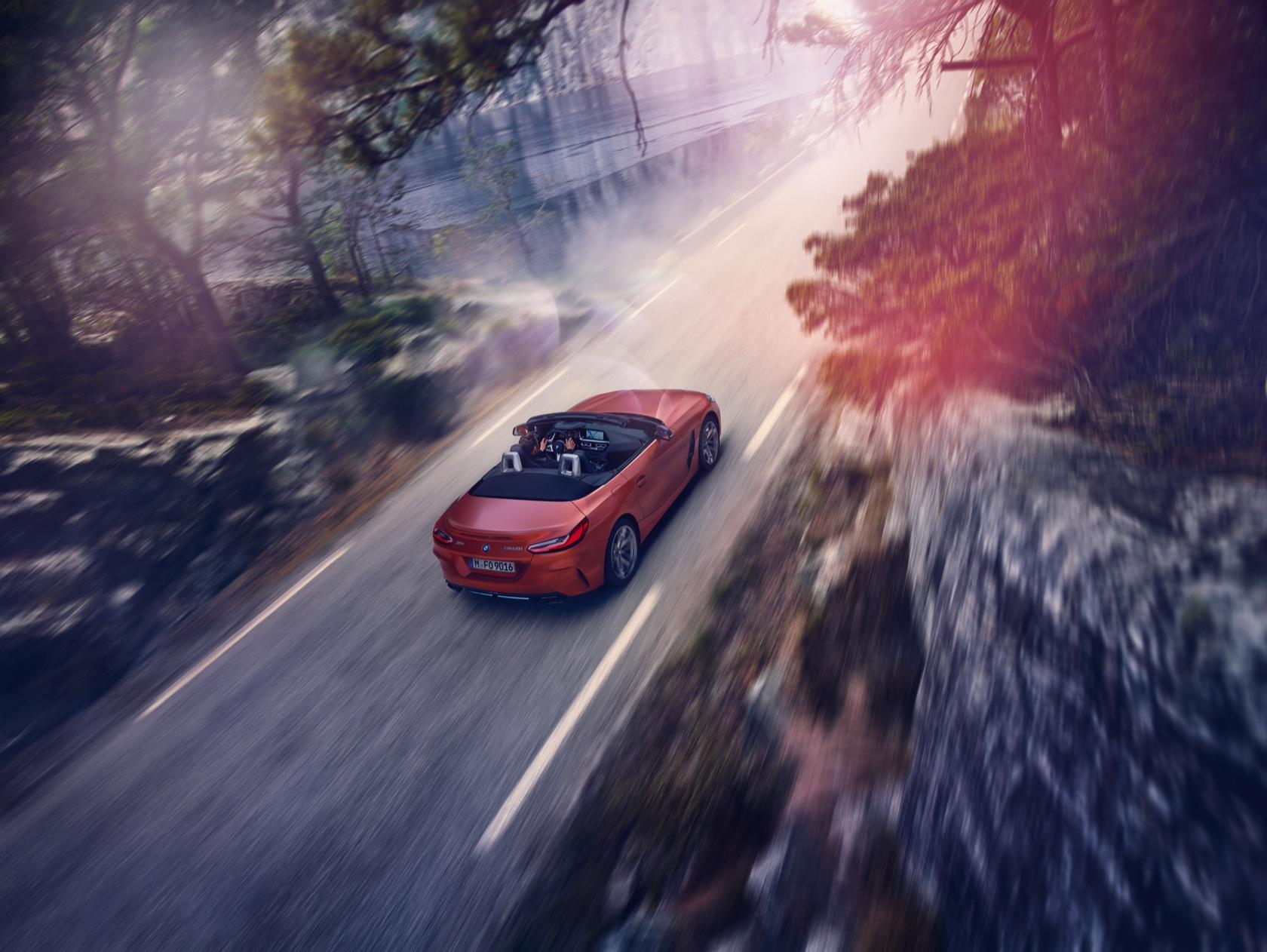 As for spec, the First Edition car will get Vernasca black leather trim with decorative stitching, electrically-adjustable seats with memory function, and a Harman Kardon surround sound system. Adaptive LED headlights, the head-up display – a first for a BMW roadster, in fact – and BMW Live Cockpit Professional with its twin high-res displays are also included. 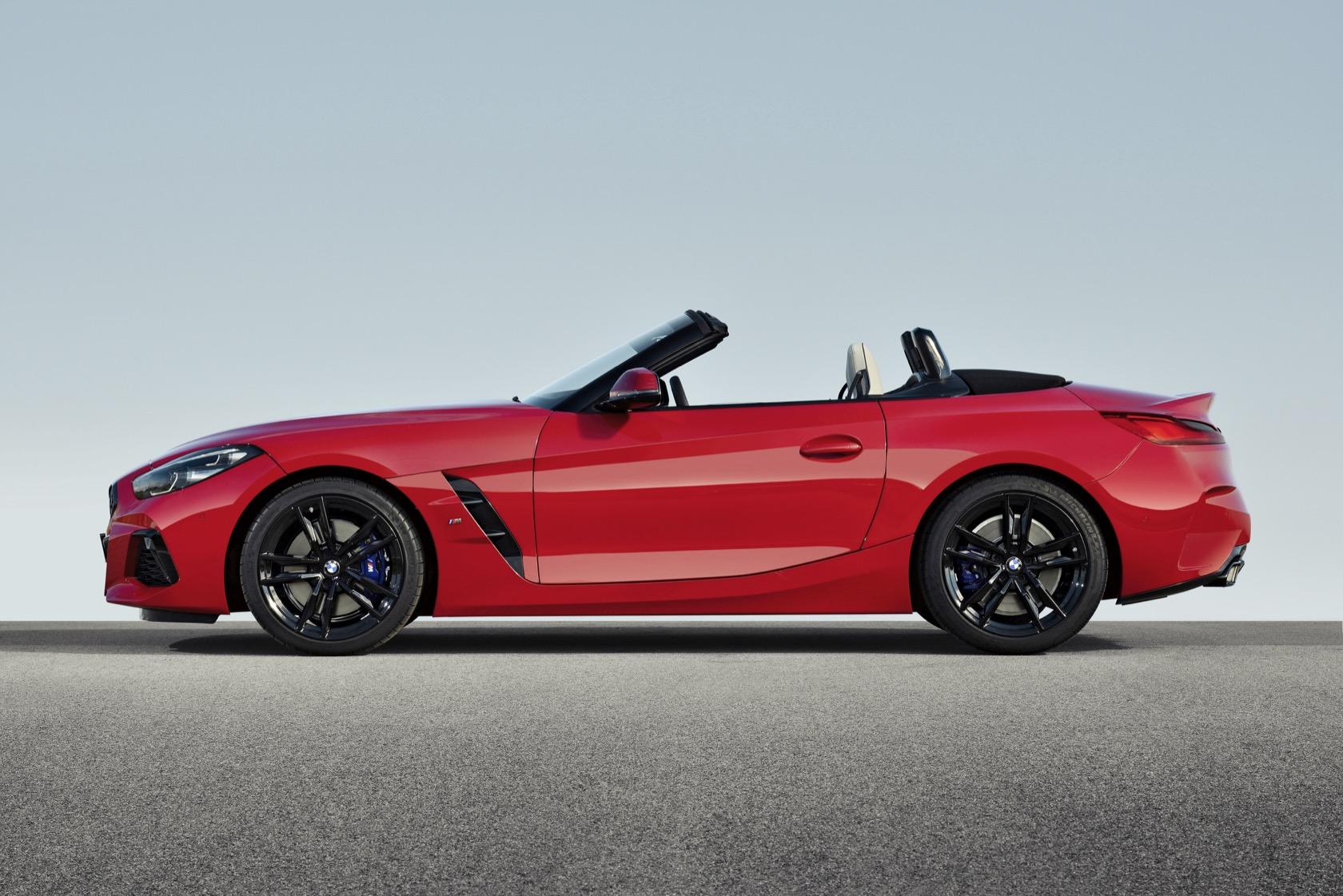 BMW isn’t talking about horsepower and torque from the engine quite yet – that will come on September 18, the automaker promises – but the new Z4 shouldn’t be short on speed. 0-60 mph is expected to come in at under 4.4 seconds, for instance. [Update 1/14/19: BMW has confirmed the official 0-60 mph time, which is actually 3.9 seconds]