The 2019 BMW 8 Series Coupe has made its official debut, shedding the camouflage and revealing the 2019 M850i xDrive underneath. First of the all-new 8 Series, the car resurrects an oft-missed nameplate for BMW’s newest grand tourer.

In fact, the 8 Series name hasn’t graced a trunklid since 1999, when the last of the old cars were discontinued. Since then, of course, the auto world has moved on significantly, and there are plenty of options if you’re looking for something that mixes together both a potent engine and plenty of luxury. However, we’ve a feeling BMW might still find more than a few interested buyers. 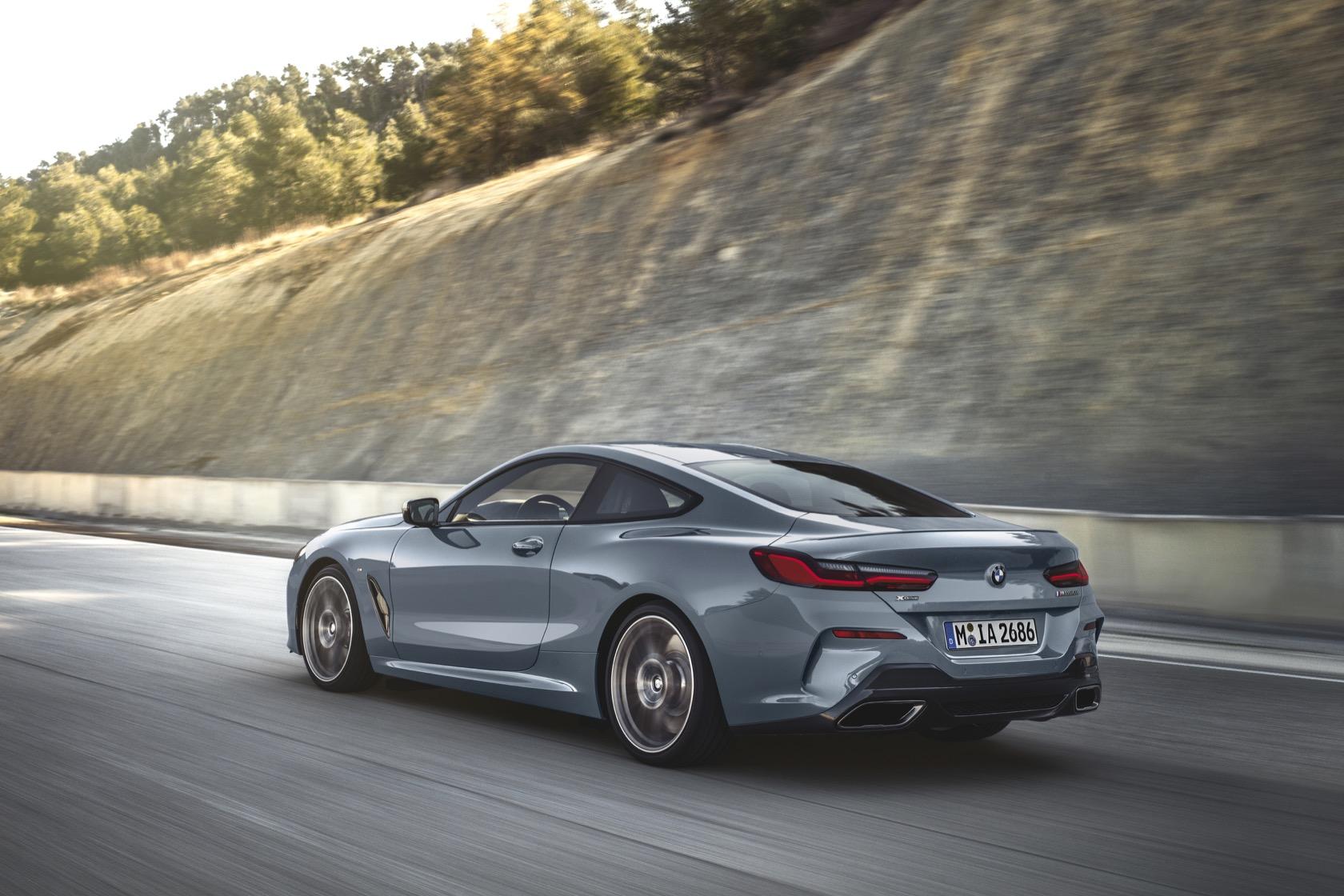 BMW has combined the V8 with an eight-speed automatic Steptronic Sport transmission, also with an improved design. Newer hydraulics and dampers make for faster, smoother shifts, and the whole thing is lighter than the outgoing version too. Paddle-shifters are standard-fit, and there’s a Launch Control mode to hit that 0-60 time every run. 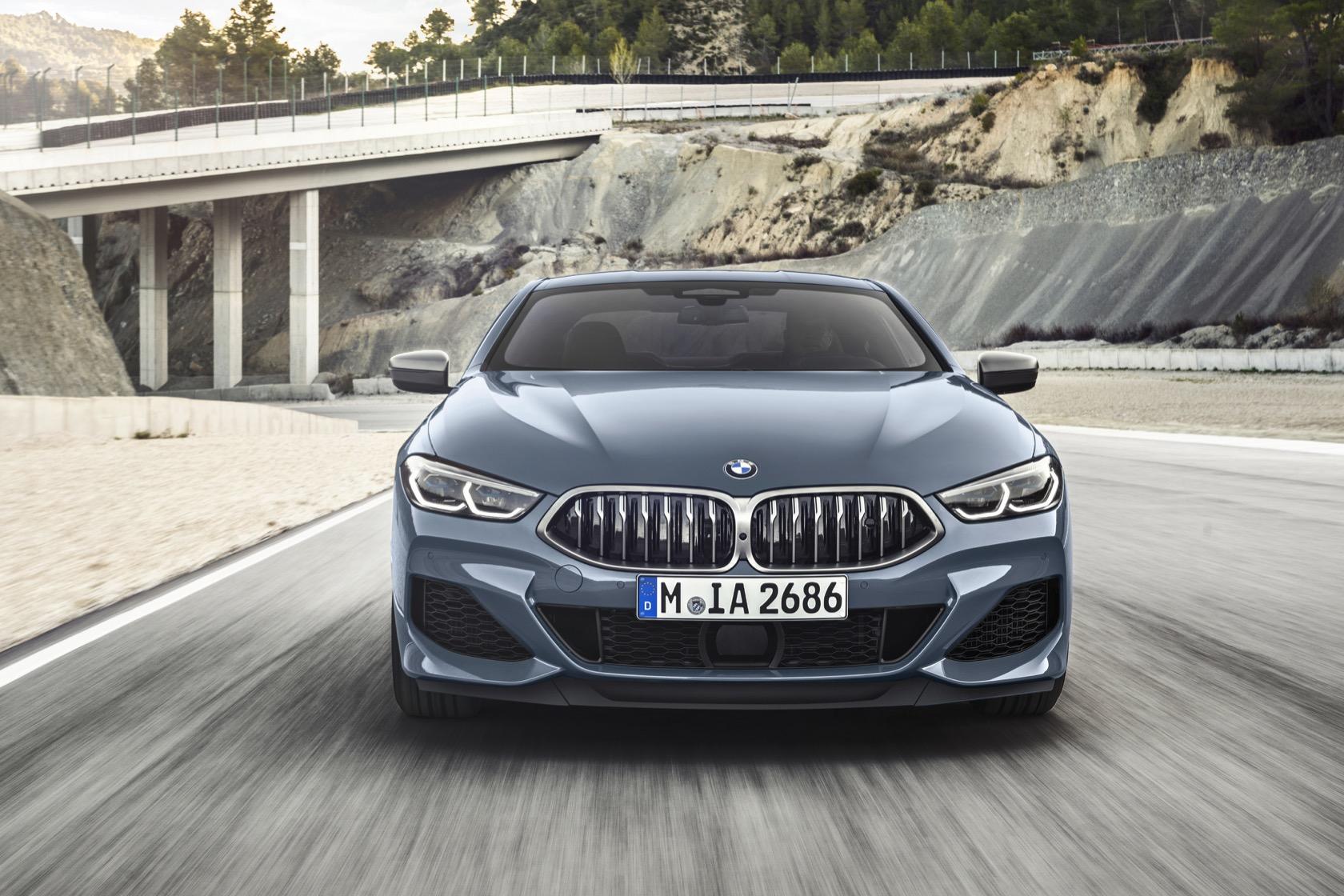 xDrive all-wheel-drive is standard, capable of splitting power front to rear with an electronically controlled multi-plate clutch. Typically, BMW says, the M850i xDrive pushes all of its torque to the rear wheels, bringing that typical driving feel the automaker is known for. That, it says, is particularly noticeable in the SPORT and SPORT+ modes, where you should be able to kick the tail out.

However, it’s also able to quickly shift power to the front when required to maximize traction. A locking function for the rear differential, meanwhile, allows drive torque to be shifted between the left and right wheels. Along with standard-fit Integral Active Steering, which turns the rear wheels as well as the front ones, it should improve handling and lane-changing stability. 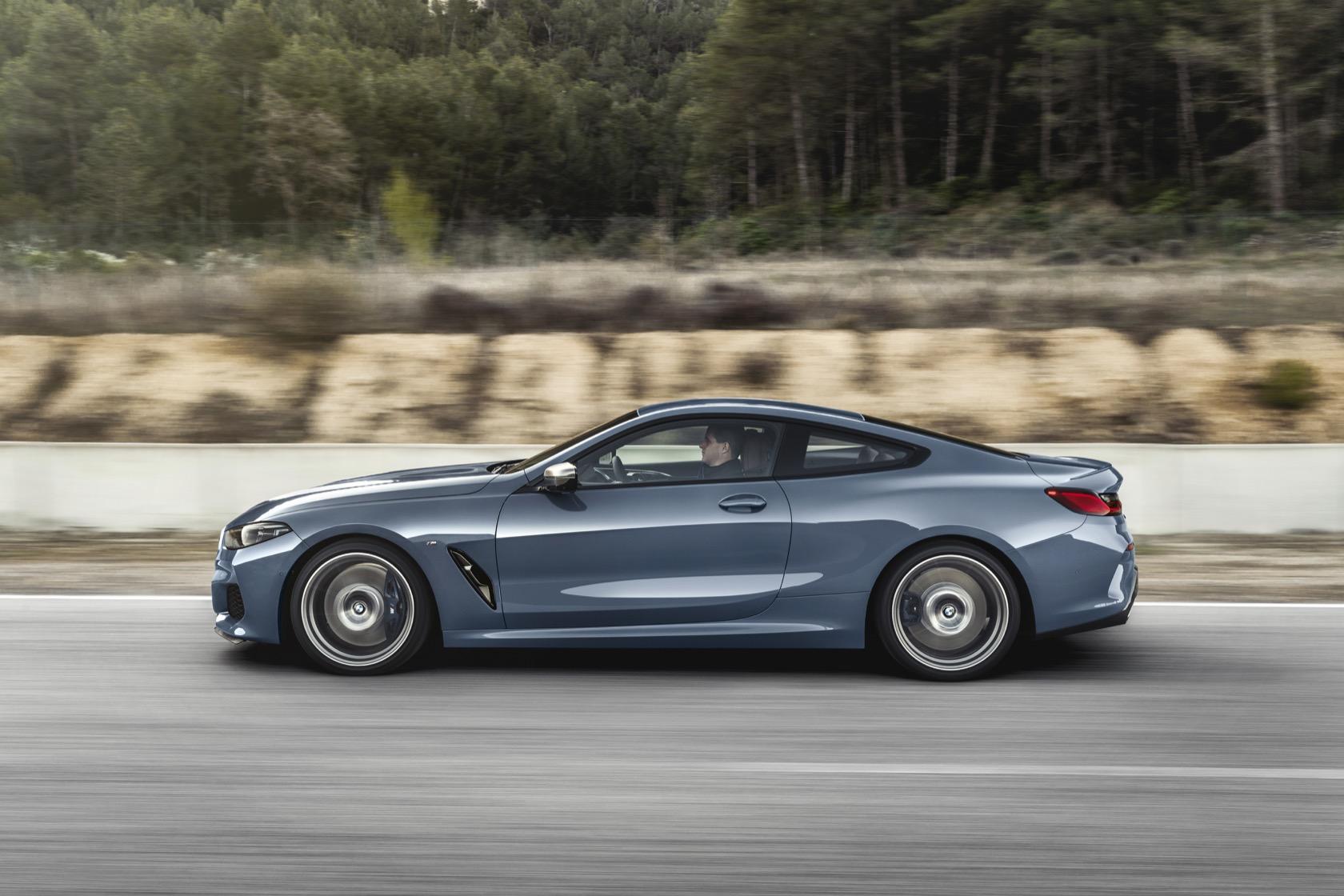 Double-wishbone front axle and five-link rear axle suspension is standard, along with electromechanical steering. The M850i also gets Adaptive M suspension with electronically controlled dampers, that can adjust compression and rebound in real-time. It should switch the 8 Series from performance to genuine luxury cruiser when in ECO Pro or COMFORT modes.

Active roll stabilization should help there too, along with assisting in keeping the car’s body level when driven more aggressively. On the flip side, an M Sport braking system is new, with four-piston, fixed-caliper front brakes and single-piston, floating-caliper brakes at the rear. 20-inch M light-alloy wheels are finished in Frozen Cerium Grey metallic, and shod in 245/35R20 tires at the front and 275/30R20 tires at the rear. 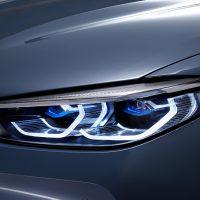 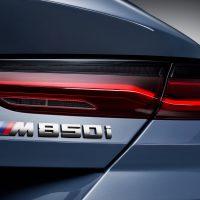 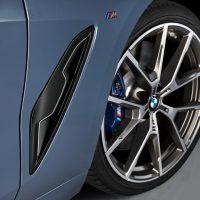 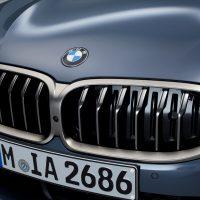 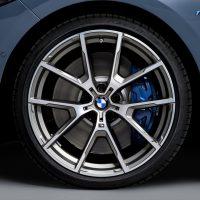 As for style, there’s plenty of the BMW Concept 8 Series we drove last year in the production car. A long, low hood and slimline side glass are combined with a wide track, with a bold kidney grille flanked by Full LED headlamps that, the automaker says, are its slimmest to-date. All-LED rear lamps push into the flanks, emphasizing the width, and there are trapezoidal tailpipes.

Inside, there are new sports seats with Merino Individual Leather, bearing contrast stitching to match the dashboard trim. A wide center console separates the driver and front passenger, while the rear seats fold down with a 50/50 split. BMW says the trunk can hold a surprisingly good 14.8 cubic feet of cargo. 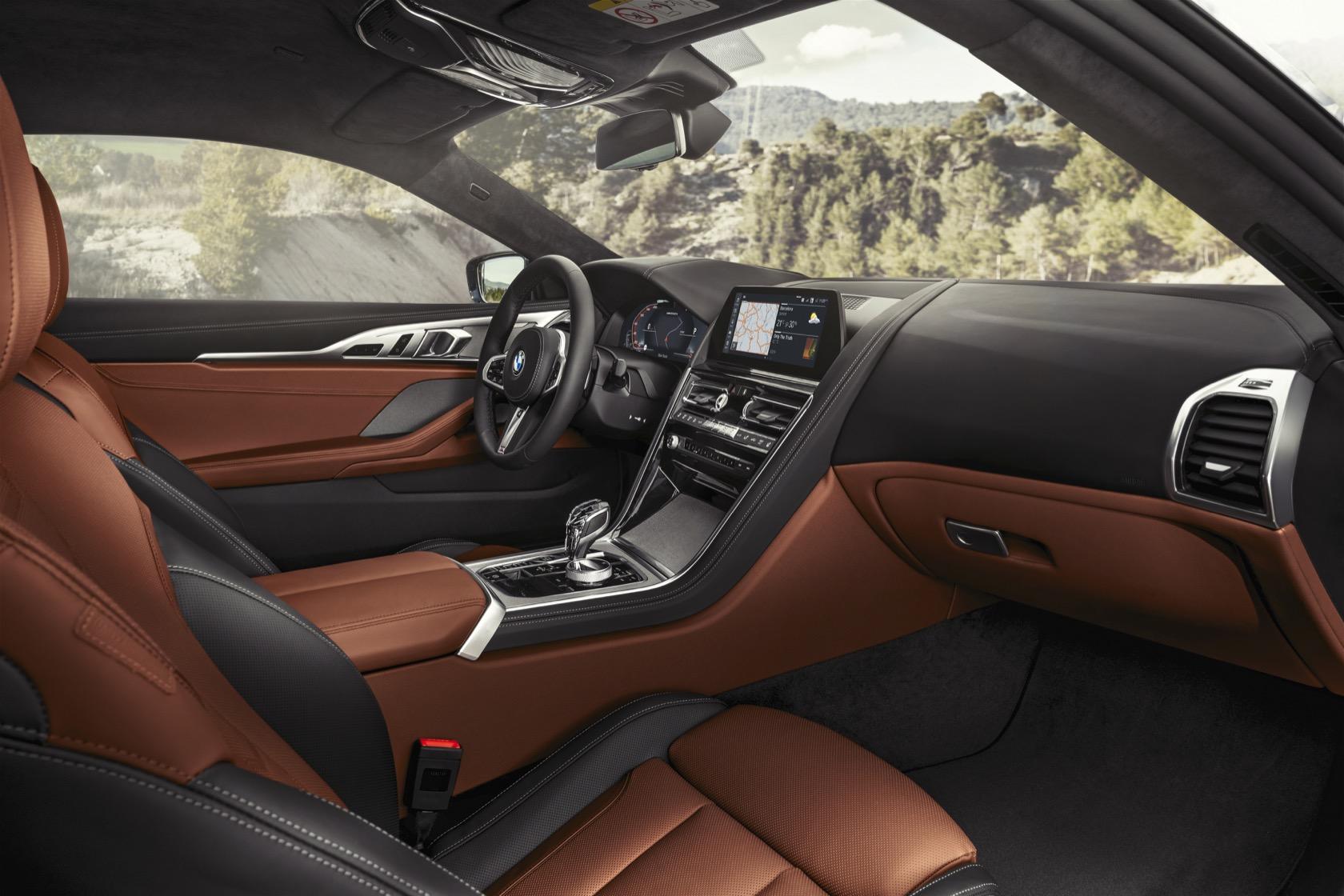 BMW Live Cockpit Professional is standard-fit, with a 12.3-inch display for the driver’s instrumentation, and a 10.25-inch central infotainment screen. It can be used via touch or through the iDrive controller. There’s also gesture control. BMW has fitted both USB Type-A and Type-C powers, along with Bluetooth and WiFi, and there’s integrated cellular data too. That’ll work with the company’s remote app, and its digital key. 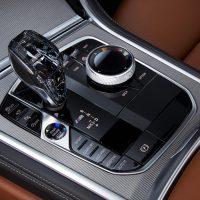 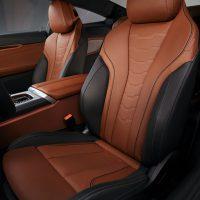 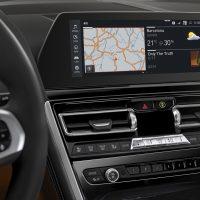 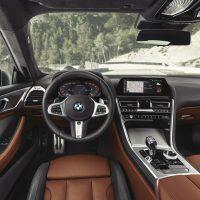 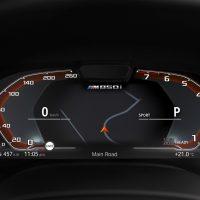 Options include climate seats that guide cooled air through individual vents, a Harmon Kardon Surround Sound audio system with 16 speakers, and a Bowers & Wilkins Diamond Surround Sound System with 16 speakers and 1,375 W of amplification. Glass controls – for the iDrive, start/stop button, gear selector, and volume knob – can be specified. LED interior lighting is standard, can be color-adjusted, and the illumination can even pulse in reaction to certain situations, like an incoming call. 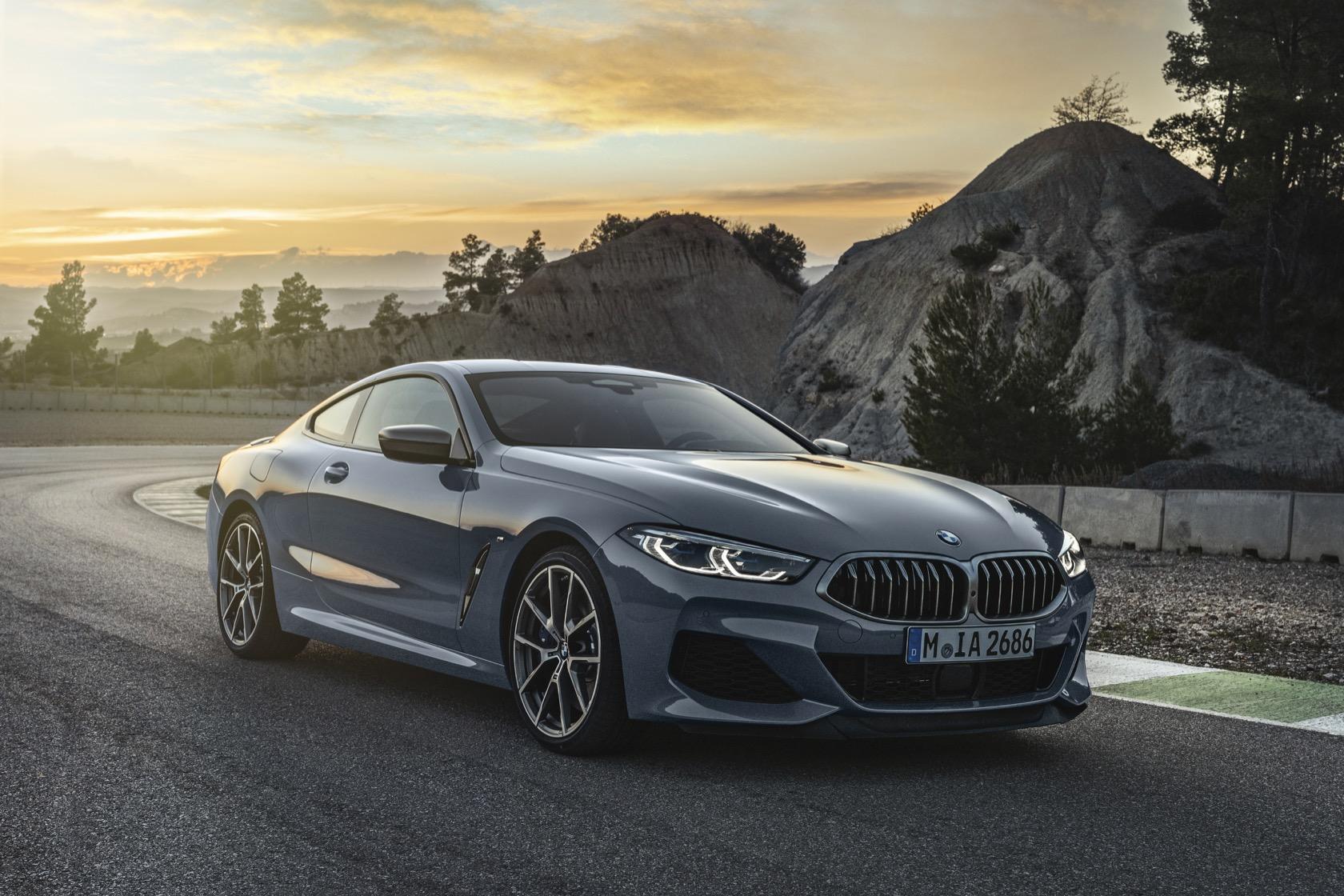 Adaptive cruise control is optional, and one of a number of active safety systems. There’s also BMW’s Driving Assistant Professional, which has steering and lane control assistance. A head-up display can be added, together with auto-parking.

Eventually, we’re expecting to see the 8 Series grow to a number of different models and body-styles. This first 2019 BMW M850i xDrive Coupe will go on sale in fall 2018, with BMW promising pricing closer to that point.