Acura has priced up the 2019 RDX, arguably the most important vehicle in its line-up, as the premium best-seller hits its third generation to stave off SUV competition. To do it, Acura has revamped the RDX from the platform up, with a new turbocharged engine and a completely reworked infotainment system.

On the outside, there’s greater use of ultra-high-strength steel and performance structural adhesives, helping keep curb weight down. In fact, Acura says the unit body is around 20 pounds lighter than that of its predecessor, despite being more rigid. Increased insulation, triple door seals, and either thicker or acoustic laminated glass held keep the cabin quieter. 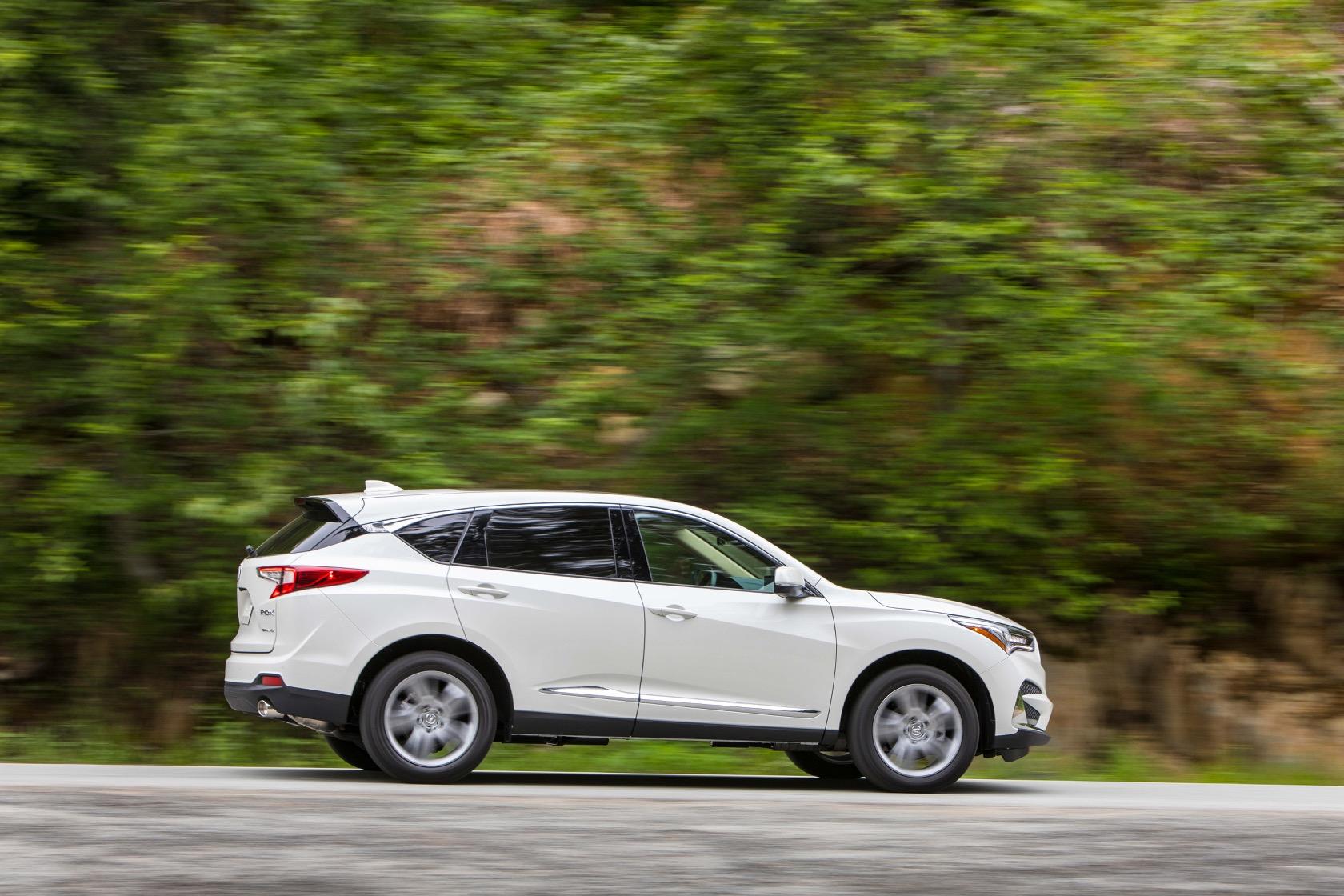 The chassis is completely new, too, with a 2.6-inch longer wheelbase and wider track front and rear. MacPherson strut front suspension and 5-link rear suspension work with a new Dual-Pinion Variable-Ratio Electric Power Steering System. A new, optional Super Handling All-Wheel Drive (SH-AWD) system can push up to 70-percent of the torque to the rear wheels, with up to 100-percent being directed to either of those wheels.

That’s decided depending on grip, and borrows technology we saw previously used in the Acura NSX sports car. AcuraWatch is standard across the range, along with a multi-angle rearview camera. The Technology Package and higher grades get blind-spot information, parking sensors on the front and rear, and rear cross traffic monitoring. 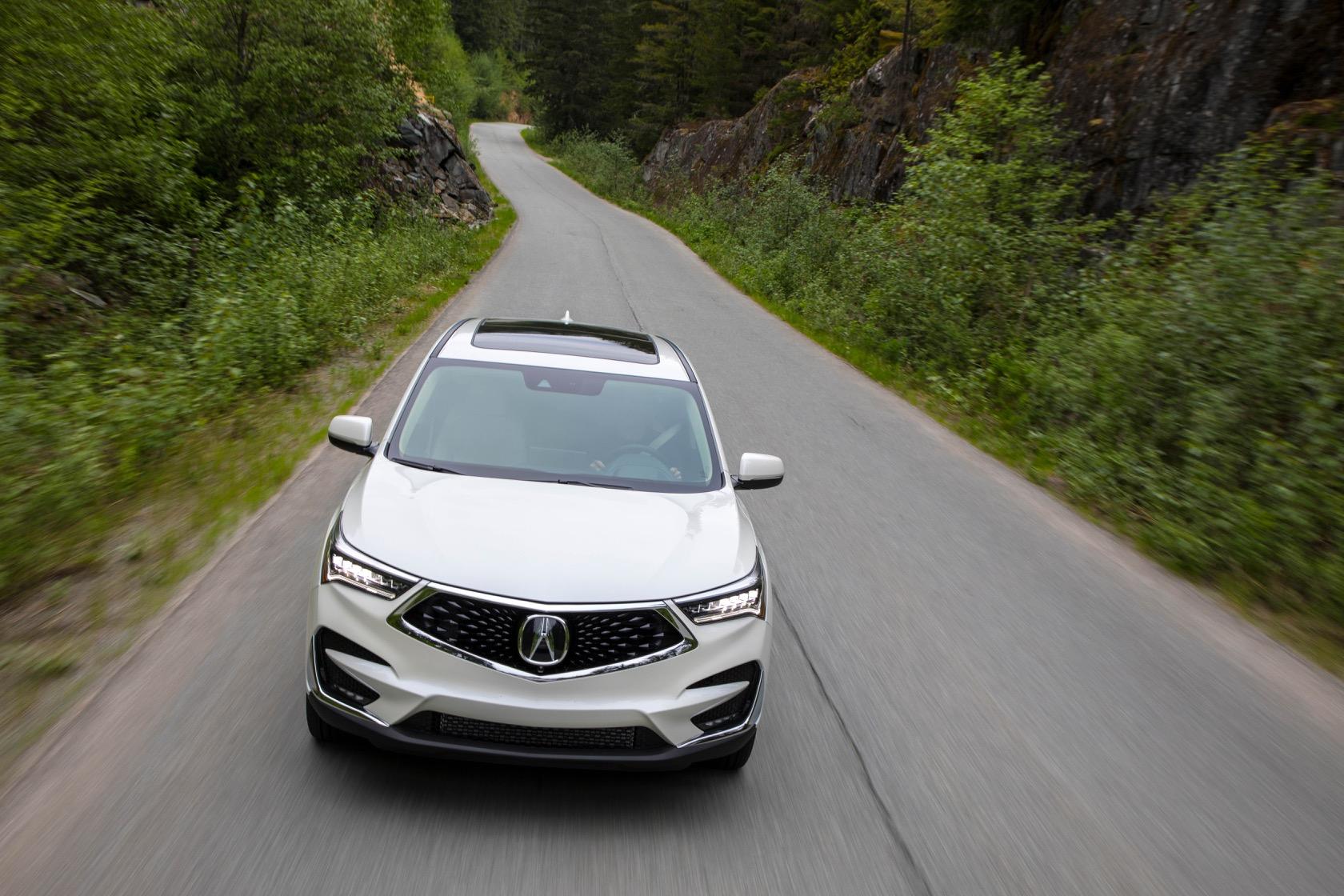 As for the engine, it’s an all-new 2.0-liter turbocharged, direct-injection inline 4-culinder with VTEC. It pushes out 272 horsepower and 280 lb-ft of torque: more, Acura points out, than you’ll get from the turbo-4s in an Audi Q5, BMW X3, Mercedes-Benz GLC, or a Volvo XC60. Peak torque arrives between 1,600 and 4,500 rpm, and indeed there’s a claimed 40-percent boost in low-end torque versus the old RDX’s 3.5-liter V6.

Acura has paired its new engine with a new transmission, a Sequential SportShift 10-speed. It’s able to shift down by up to 4 gears in one leap, with the automaker promising more enthusiastic performance as a result. The 2019 RDX will be available in front-wheel drive or all-wheel drive. 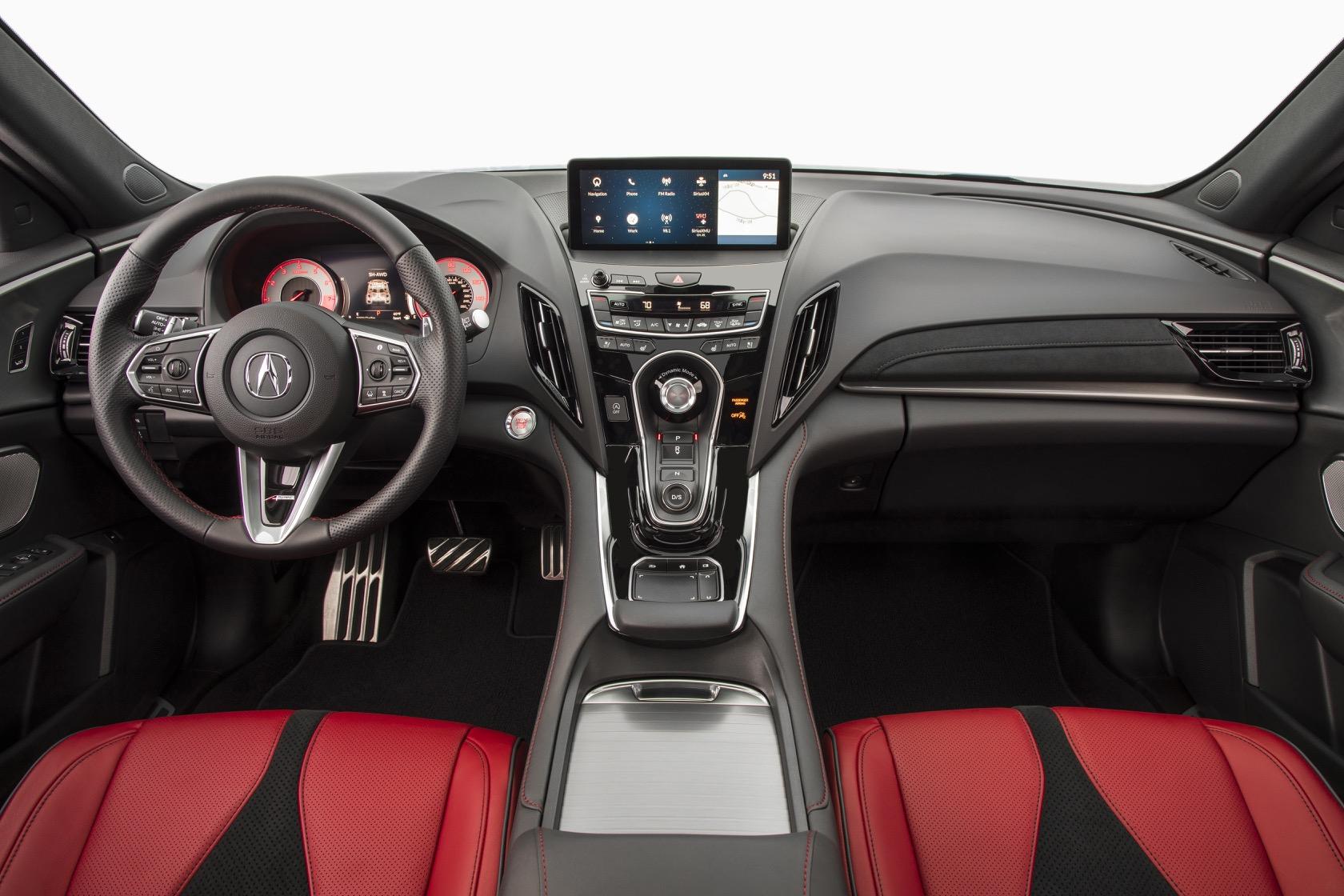 Inside, the cabin gets hand-wrapped, stitched leather across the seats, instrumentation panel, doors, and center console, with the choice of brushed aluminum or open-pore Olive Ash wood trim. Another NSX inspiration is the floating center console, which gets Acura’s new True Touchpad Interface. 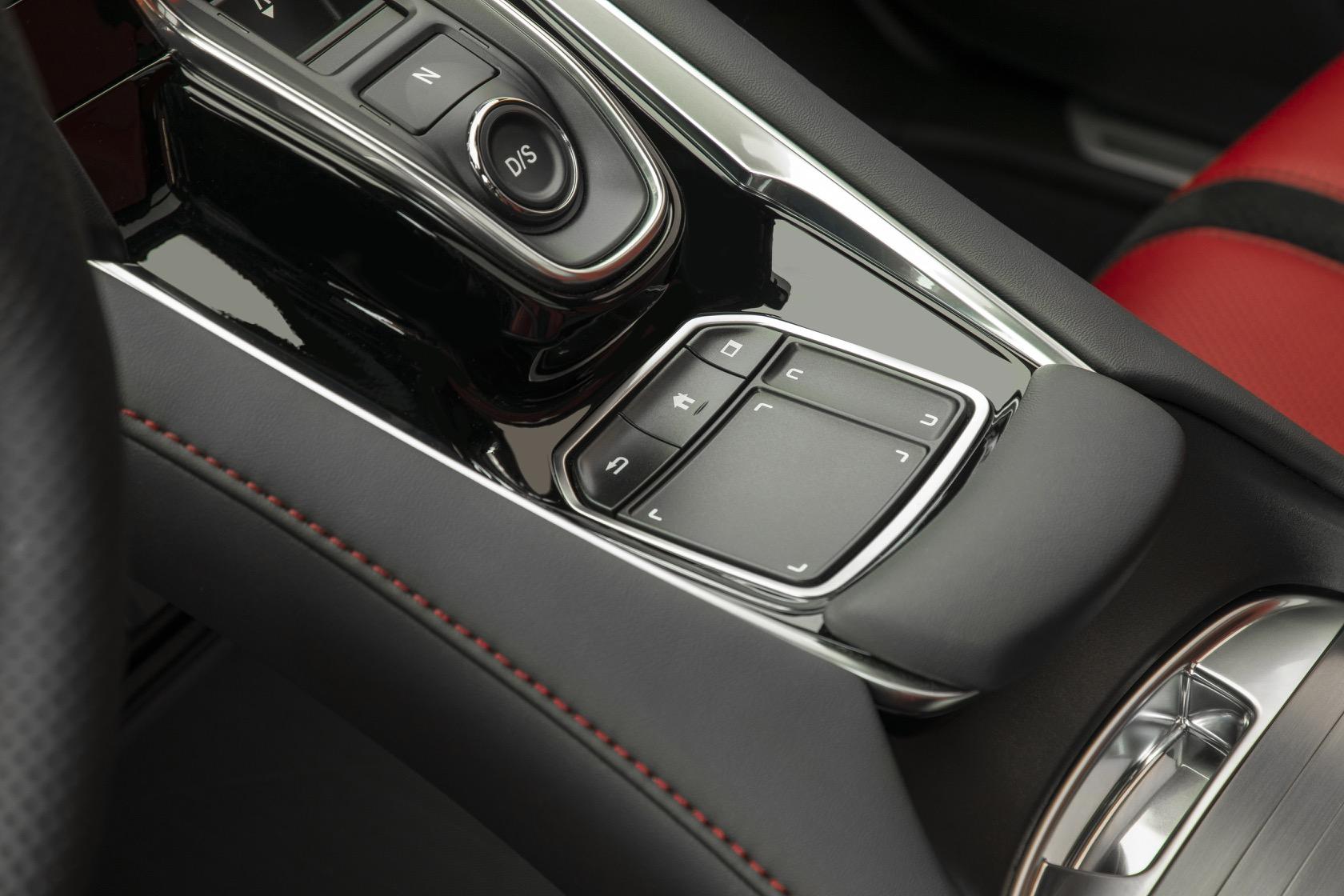 That was previewed on the Acura Precision Cockpit concept, and combines a 10.2-inch Full HD display at the top of the center console and a touchpad that’s mapped one-to-one lower down, where it can be more comfortably used. This so-called “absolute positioning” means, Acura promises, that it’s easier for you to build muscle memory, since a spot on the touchpad always relates to the equivalent spot on the screen.

The infotainment system itself is also new, based on Android, and supporting natural language voice recognition. A 10.5-inch color head-up display is optional, and there’s 4G LTE and the option of a 16-channel, 710 watt audio system. Apple CarPlay is included, with Android Auto expected to come later on.

Pricing for the 2019 RDX kicks off at $37,300 for the front-wheel drive entry-level model, plus $995 destination. It’ll do 22 mpg in the city, 28 mpg on the highway, and 24 mpg combined. The RDX FWD with Technology Package keeps those EPA numbers and steps the price up to $40,500 plus destination. 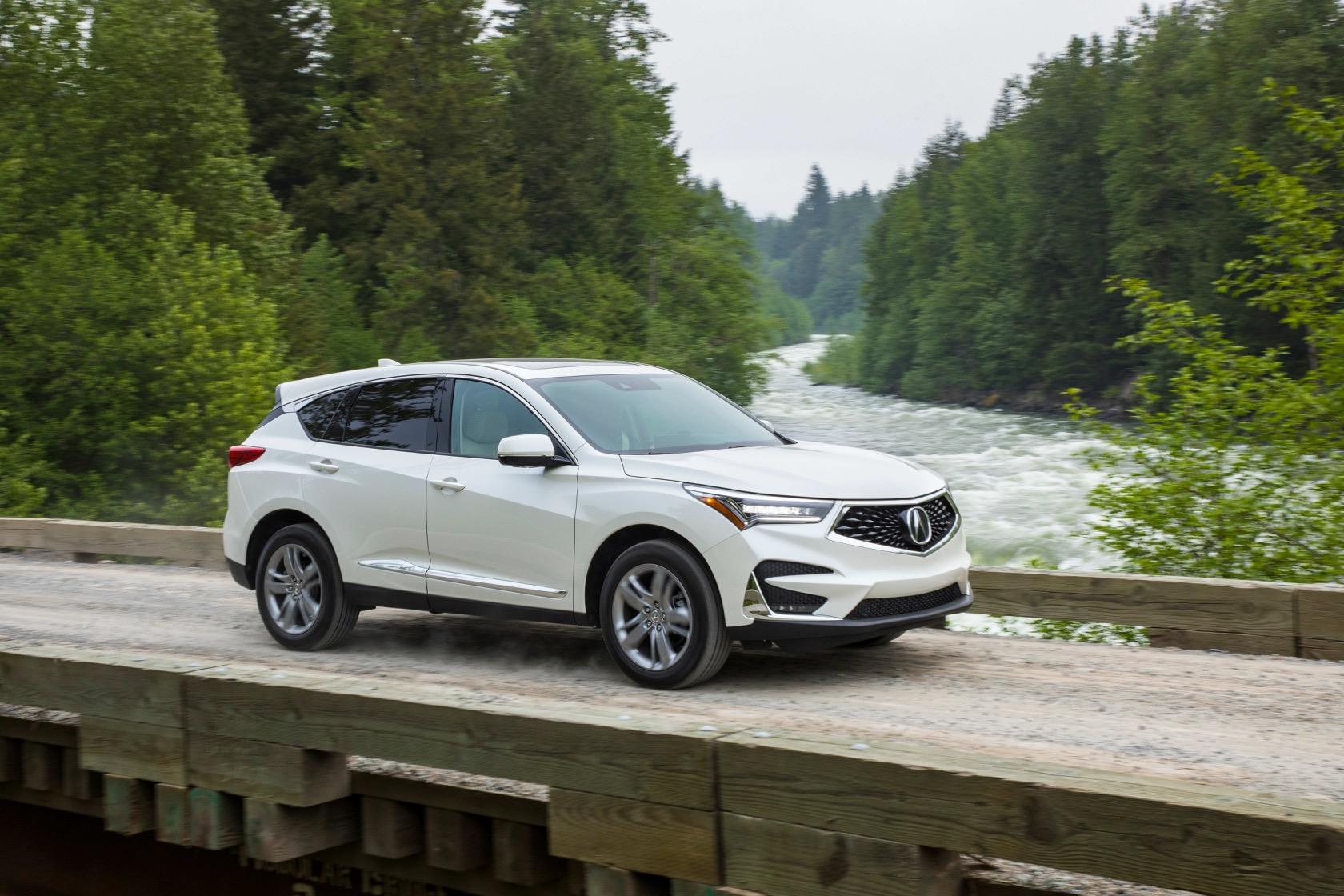