Nissan has added a King Cab to its 2017 Titan and Titan XD trucks, offering space for six as well as a 6.5-foot bed. Building on the 2017 Titan and Titan XD Crew Cab and Single Cab models launched last year, the new truck increases cabin space considerably. However, that can be used for more than just people, with Nissan offering a brand new option to the full-size pickup segment.

Normally, the King Cab is offered with a front split bench seat, but front bucket seats are an option on the SV and standard on the PRO-4X trim. A 60/40 split rear bench is also standard. New to the segment, though, is a “rear seat delete” option. 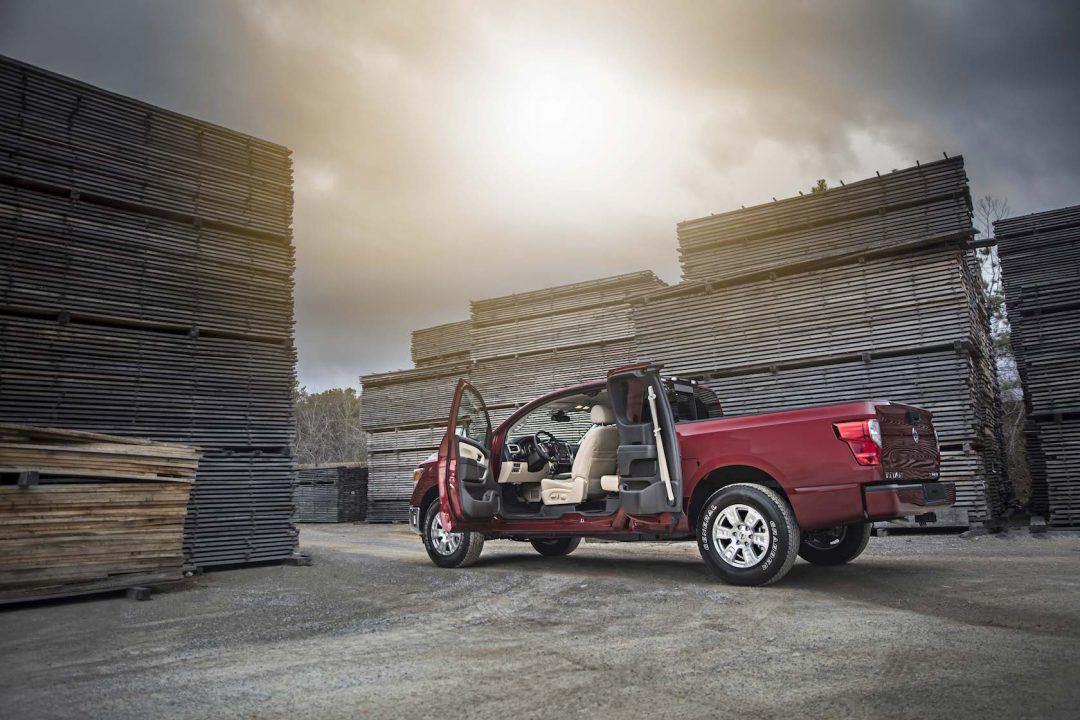 That, as the name suggests, does away with the rear bench altogether, along with the rear heater duct and rear roof grips. Instead, you get a flat floor and tie-down hooks. Nissan expects it to be particularly popular with commercial truck buyers wanting secure and weatherproof interior storage.

The back doors keep their rear hinges, just as on the Crew Cab, for easier entrance and exit as well as loading and unloading. The bed is 6.5-foot, and there’s a maximum payload capacity of 1,640 pounds in the Titan King Cab. Maximum towing is 9,420 pounds from its standard 5.6-liter Endurance V8 engine and 7-speed automatic gearbox, good for 390 HP. 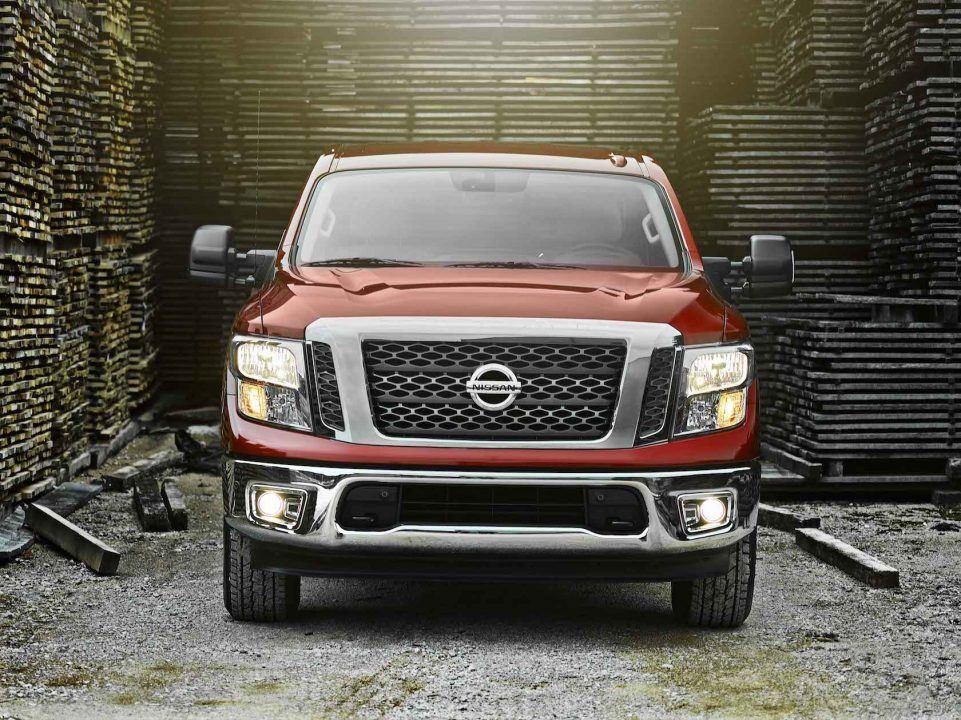 Two engines will be offered in King Cab XD configuration, meanwhile. First, there’s the same 5.6-liter Endurance V8 as the regular Titan, with a 7-speed automatic and 390 HP. Alternatively, there’s a 5.0-liter Cummins V8 turbo-diesel, with a 6-speed Aisin A466ND automatic and 310 HP; it packs 555 lb-ft. of torque. The gas version will have a maximum payload capacity of 2,710 pounds, while the diesel will have a maximum towing capacity of 12,510 pounds. 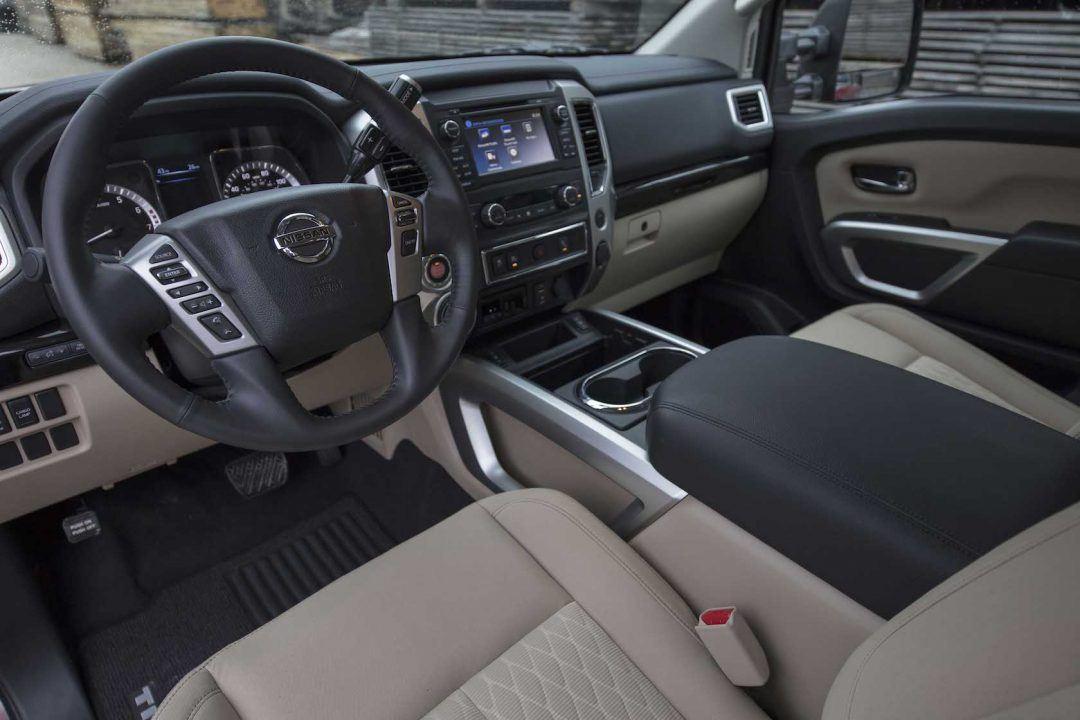 Both 4×2 and 4×4 drive will be offered, on both versions, and there are three trim levels, S, SV, and PRO-4X. Heated front seats are optional on the PRO-4X and SV grades, while the PRO-4X can also optionally be had with cooled front seats too.

As per the existing Titan and Titan XD, there’s a five year, 100,000 mile warranty. Pricing will be confirmed closer to the new trucks’ release, which is expected in spring 2017.