You don’t have to put the 2017 Audi S3 next to its A4 sibling to see that, in fitting Halloween style, the resemblance is spooky. Audi’s feisty little sedan has been satisfying eager drivers wanting the punch of the company’s excellent turbocharged engines with the reassurance of its quattro all-wheel drive since 2013. Now, sitting – for the moment, at least – atop a mid-cycle refresh of the whole A3 range, it’s getting a little more expensive and a lot more personality.

The A3 line is an important one for Audi. With roughly 20,000 sales in the US annually, and 30-percent share of its class, it’s the top-seller int the A segment. More importantly, arguably, is that it’s the gateway to the Audi brand: almost three-quarters of buyers come from mainstream automakers. 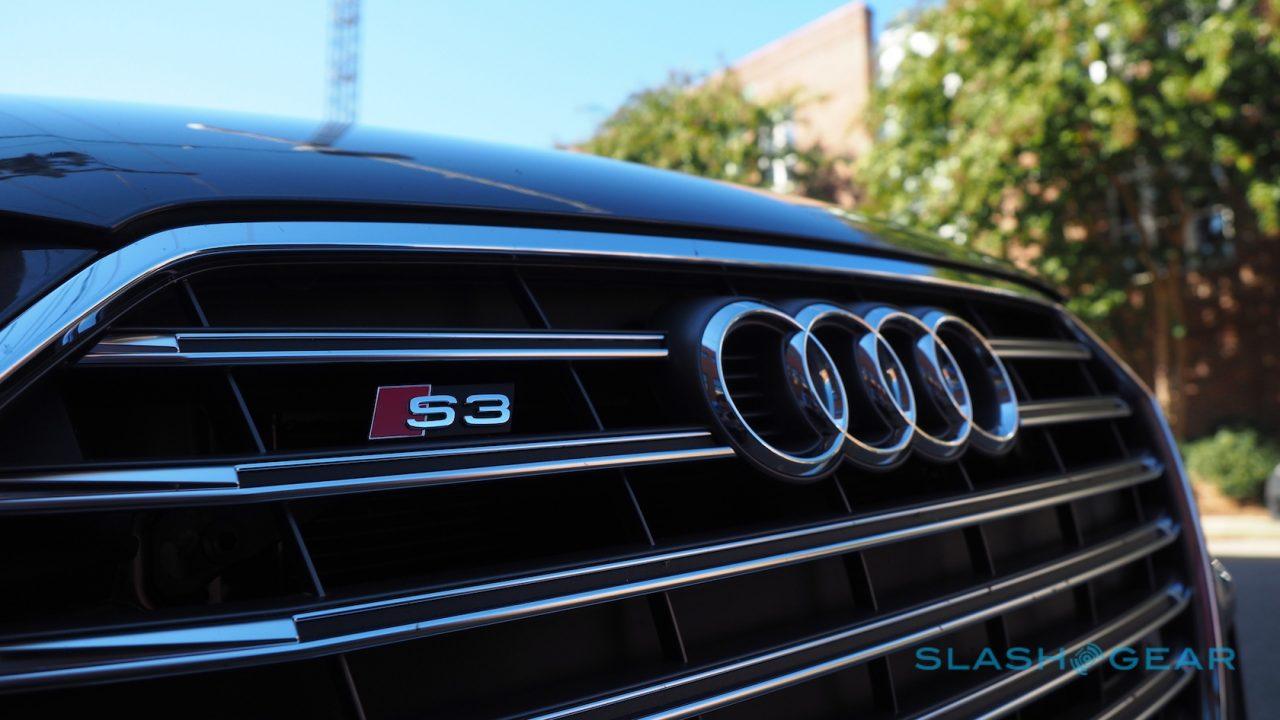 Of the bunch, the S3 is the most entertaining – for now, at least – though all of the models are getting a refresh for the 2017 model year. The A3 sedan has a new grille flanked by Xenon or LED headlamps (opt for the latter if you want the dynamic swooshing rear turn signals that look so good on the A4 allroad) while the s-line body package is now standard on the Premium Plus car as well the the more expensive Prestige.

Audi’s excellent 2.0-liter engine with 186 horsepower and 221 lb-ft. of torque replaces the old 1.8, and the 2017 A4 donates much of its technology. That includes Android Auto and Apple CarPlay options, the chance to have Audi’s Virtual Cockpit, and a 705 watt B&O audio system. Leather seats and a panoramic sunroof are standard. 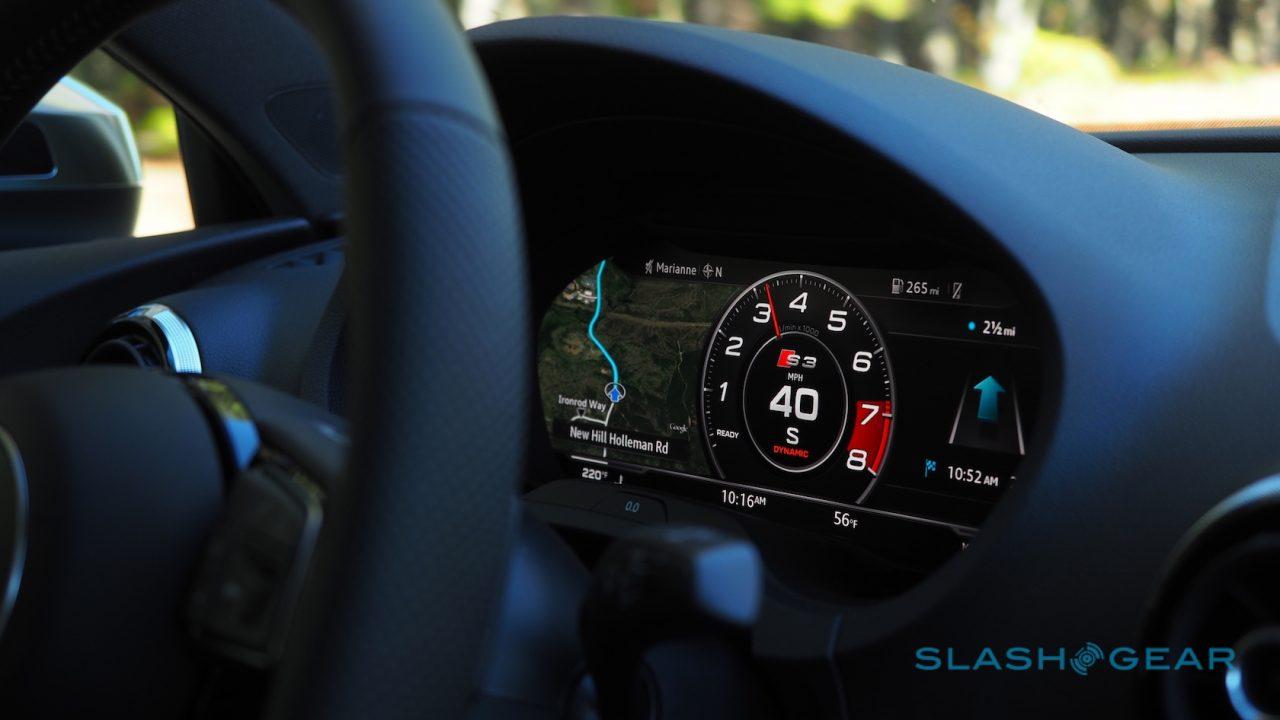 In the A3 Sportback e-tron, meanwhile, there’s new signature lighting on the fascia and unique displays on the Virtual Cockpit. You still get a gas-electric hybrid drivetrain, good for 16 miles of all-electric driving and 380 miles of total range. That’s 83 mpge city/highway, or 34 mpg on gas alone.

The real gem of the line-up, though, is the 2017 S3. As with its siblings, the changes have been moderate – it’s only three years since the car was launched, after all – but it gets the same exterior A4-inspired design improvements as the A3 sedan. LED headlights are standard, as are quad tailpipes. 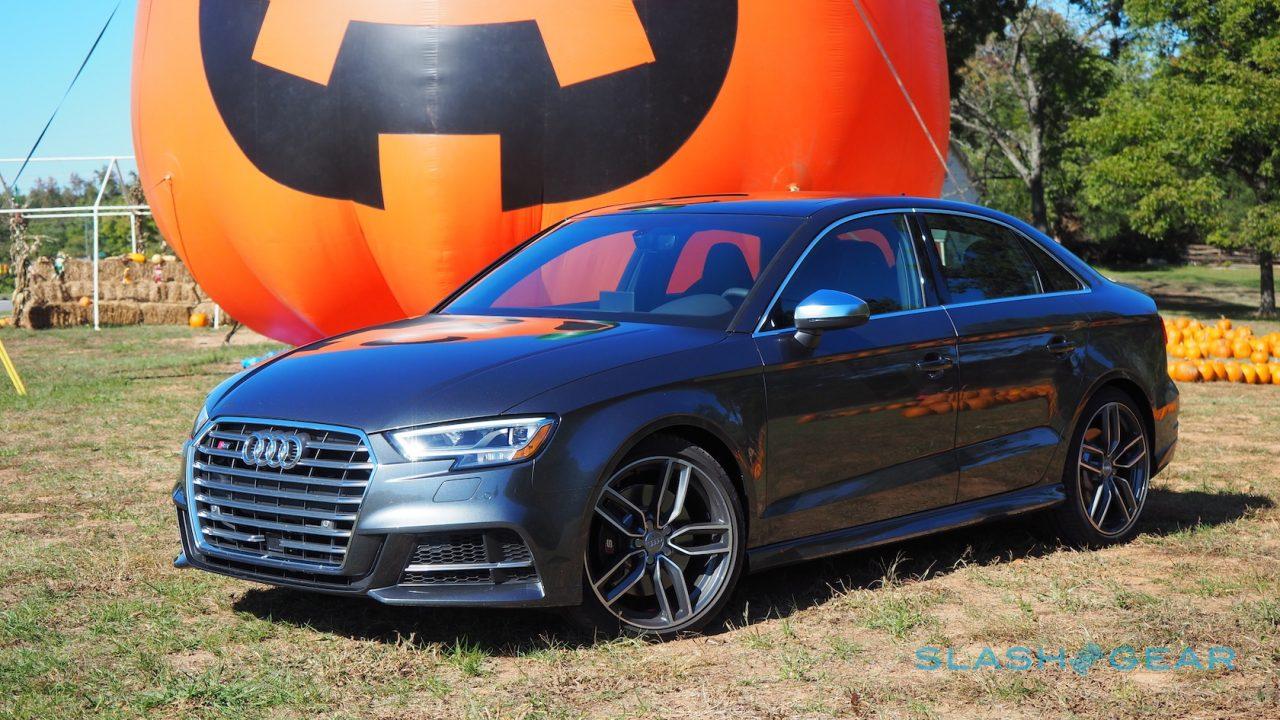 Throw in 19-inch wheels and some bright new paint options, including the eye-catching yellow from the TT, and you’ve got a car that does a better job of standing out than before. That continues inside, where you now find the Virtual Cockpit rather than the old car’s analog dials – on the Prestige, at least – complete with a Sport mode view that includes lap timer functionality and other software tweaks donated from the R8. 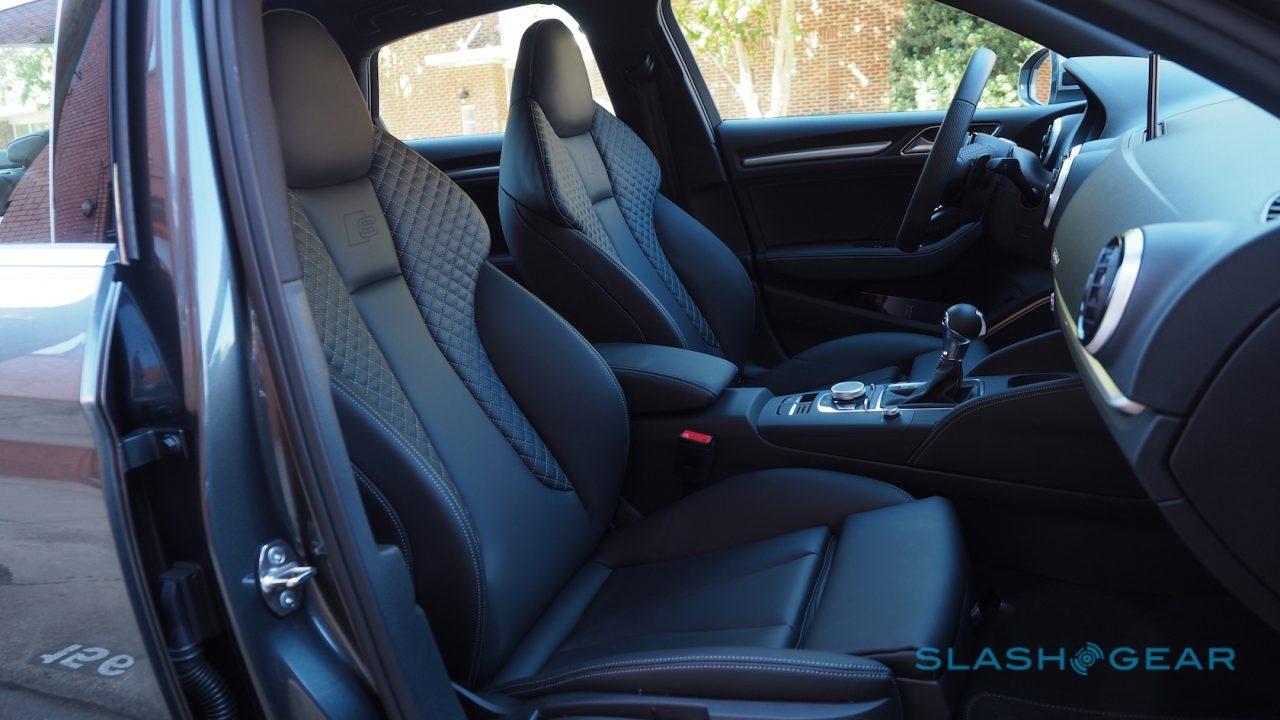 Best, though, are the optional S Sport seats. With their oversized bolsters and diamond stitching, they look more like bodyguards in Prada catsuits than chairs, but they’re deeply comfortable and supportive, particularly with their adjustable thigh support. Combined with the smattering of extra trim on the dashboard for the 2017 car, not to mention the flat-bottomed sports wheel, and the whole interior escapes the minimalist-bordering-on-spartan feel of the old S3. 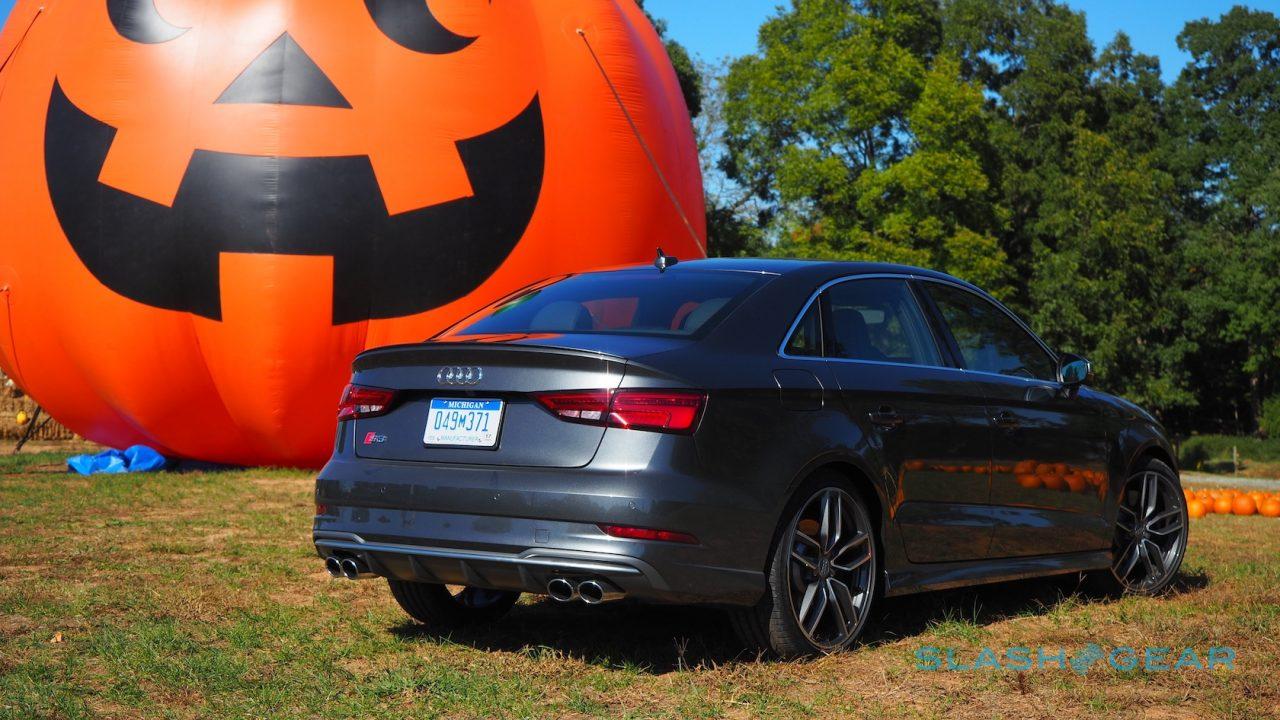 What hasn’t changed is the engine. That’s still a 2.0-liter TFSI, with 292 horsepower and 280 lb-ft. of torque. It’ll do 0-60 mph in 4.7, at least by Audi’s self-confessed conservative timings, with a 155 mph electronically-limited top speed. Transmission is still a six-speed DCT, and you of course get quattro all-wheel drive.

Indeed, it’s the quattro system where the changes have been made this time around. The S3 team raided the new TT and TTS, with fresh in-house software for the all-wheel drive system. Now, the Drive Select modes of Dynamic, Auto, Comfort, and Individual also affect how the quattro behaves: in Dynamic, for instance, more power gets pushed to the rear, and the S3 won’t be so quick to cut that power if you’re oversteering. 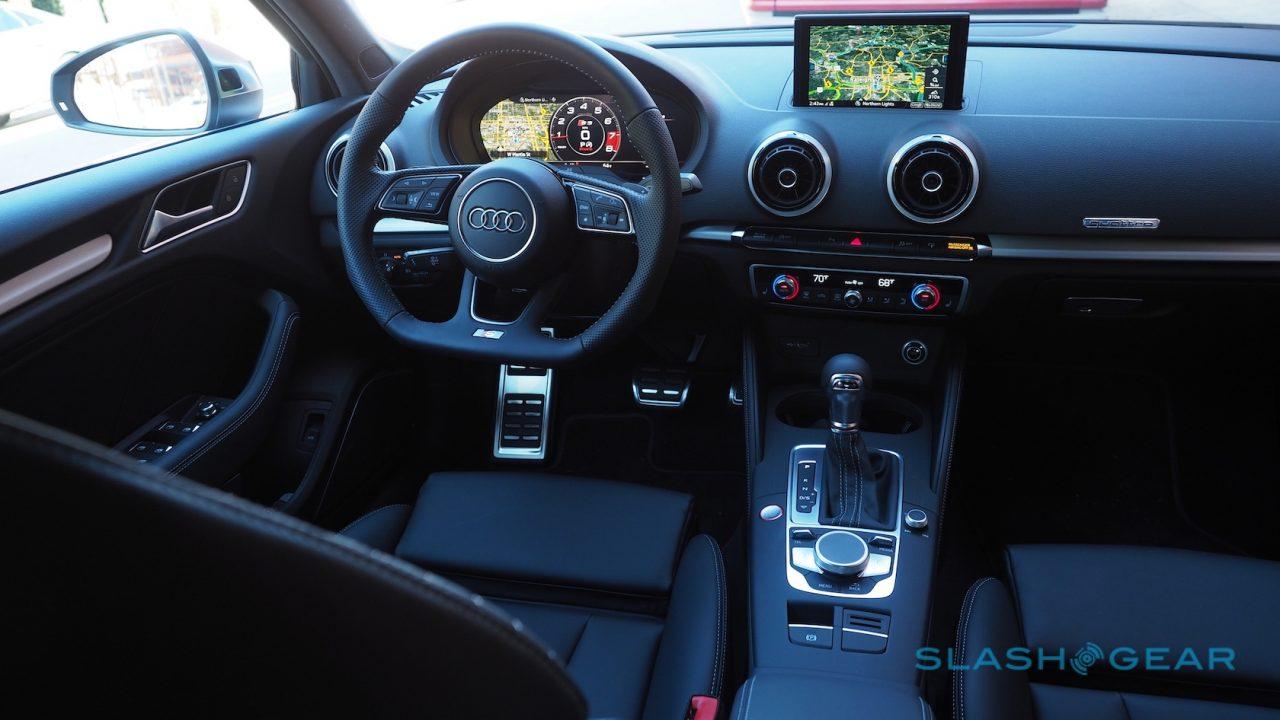 One of the charms of the original S3 was how usable its power was. You don’t have to be going at breakneck speeds – or fall foul of speed traps, for that matter – to coax some fun out of the car. Happily, that eagerness to please has been carried over to the 2017 S3.

In Comfort, you still get the expected smooth ride and surreptitious gear changes. Rear seat space may be less than the A4 – Audi says most A3 buyers are couples with no kids – but there’s still room for adults back there unless they’re unusually tall. In short, you get about 90-percent of the A4 experience. 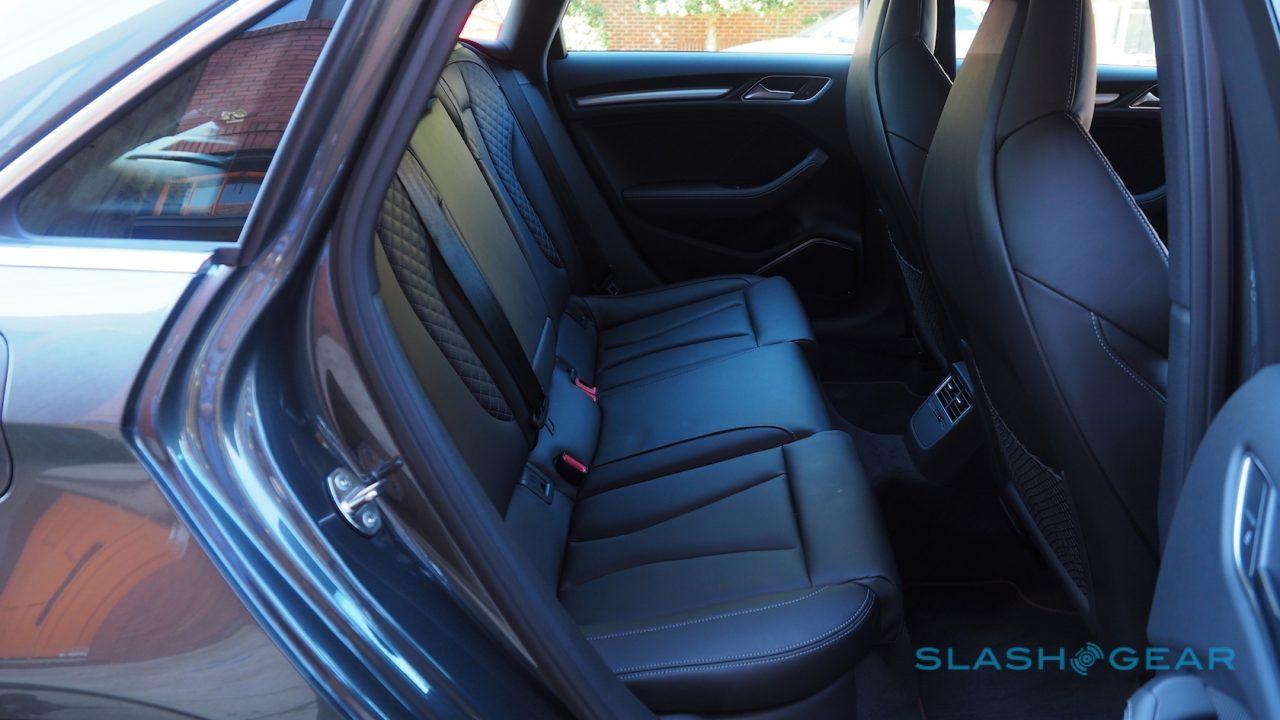 I’m not going to tell you to ignore that, but I am going to suggest you save it for transporting your in-laws. The S3 is happiest in Dynamic mode, and so was I. Not only does it trigger the new quattro settings, but it automatically sets the transmission into Sport mode.

The result is a punchy little sports sedan that romps through corners and whizzes down straights. The TT and TTS’ influence is clear: the new S3 really does feel like a four-door version of Audi’s excellent coupes. 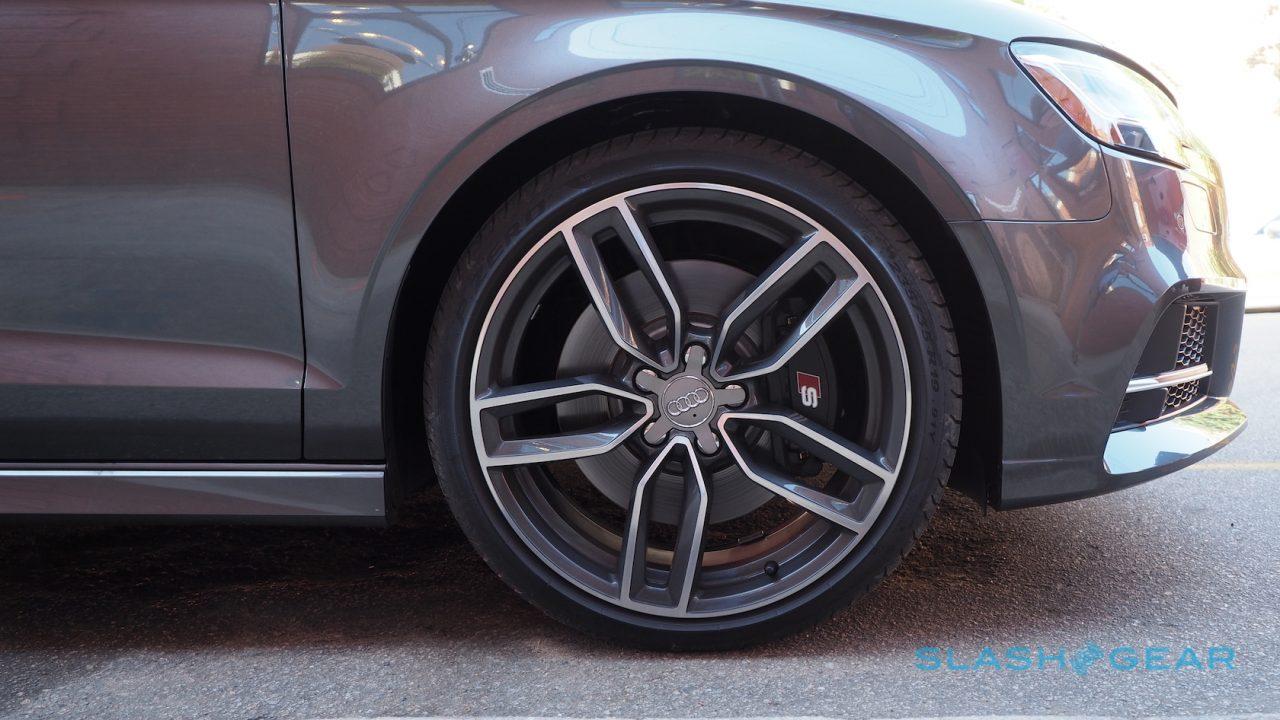 If the last model was still a little buttoned-up, the 2017 revamp loosens things up nicely. Audi’s quattro system is never going to lead you down the path of tail-swinging, side-sliding larking, but its enthusiasm – punctuated by automatic throttle blips on each downshift, and a decidedly cheeky snort from the exhaust – leads to the sort of good, clean fun that paints a smile on your face rather than leading you into the nearest ditch. 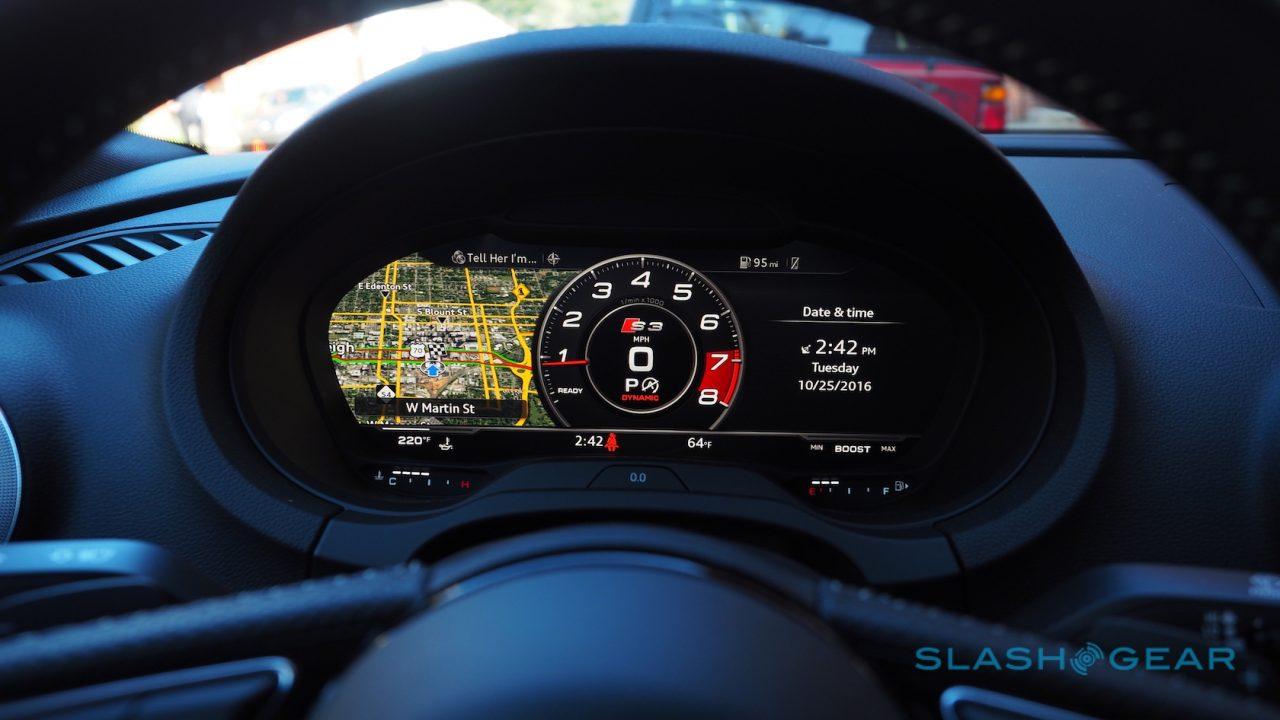 All that comes with a starting price of $42,900 for the S3 Premium Plus and $48,400 for the S3 Prestige. Maxed out, like the test car I drove, you’re looking at around $52k and change. Personally, I could live without the (excellent) B&O audio system but I’d struggle to give up the Virtual Cockpit (part of the $3k Technology package on the Premium Plus; standard on the Prestige) and the $1,450 S Sport seats. Figure on $1,500 if you want the Audi magnetic ride that’s part of the Dynamic package, and which also gets you fancier 19-inch wheels.

That’s not inexpensive, though it does undercut Mercedes’ AMG CLA45, which starts at $49,950. The Mercedes is more powerful, mind, with 375 HP. 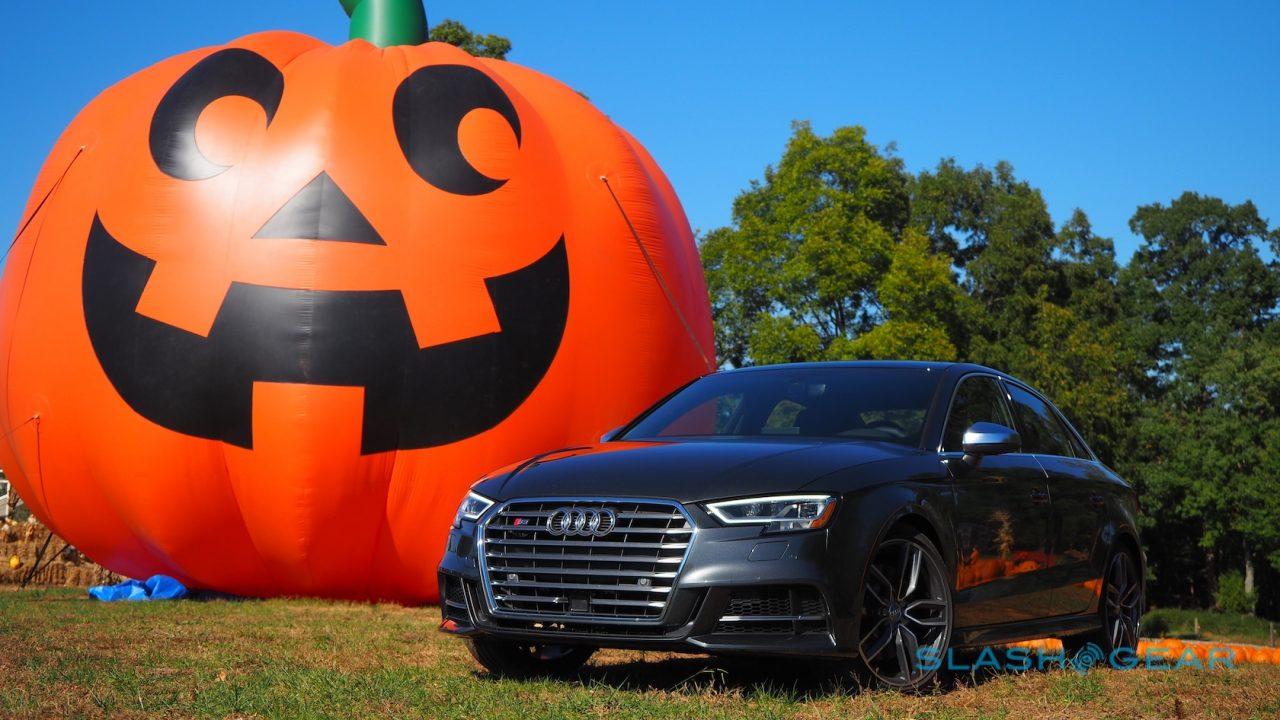 Things will change all over again come the arrival of the Audi RS3. Revealed in September, it’ll have a 2.5-liter, 5-cylinder engine paired with a 7-speed DCT and quattro all-wheel drive, and will be good for 400 HP and a 0-60 mph time of 4.1 seconds. Due in the Summer of 2017, pricing is yet to be confirmed, though it’ll undoubtedly be fairly niche and be stickered up accordingly.

Until we get to play with the RS3, is the S3 ample compensation? It certainly feels like it has moved out of the A4’s shadow and gained a personality of its own. If the old car was a capable but still fairly safe take on sporting luxury, the 2017 S3 loosens the reins some and is all the more entertaining for it.