It may be a post-paper world in theory, but in practice a printer is all too often required, but what if it could – like a tiny autonomous car – roam around the page rather than sit in a corner of the office looking ugly? Zuta Labs promised just that last year, a palm-sized mobile printing robot small enough to drop in a desk drawer or a bag, and yet capable of spitting out a page of text and graphics from your laptop, smartphone, or tablet. Rather than shuffling the paper through a slot, however, the little printing robot does all the movement. With working printers now in hand, I caught up with the Zuta Labs team at CES to find out more.

The concept seemed too good to be true, the printer needing no setup, no complicated orientation configuration, and playing agnostically with Windows and Mac, Android and iOS.

In practice, it pretty much delivers on all of those criteria. Use is simple: turn the printer on, pair it over Bluetooth with your device, and then sit it on a blank sheet of paper. 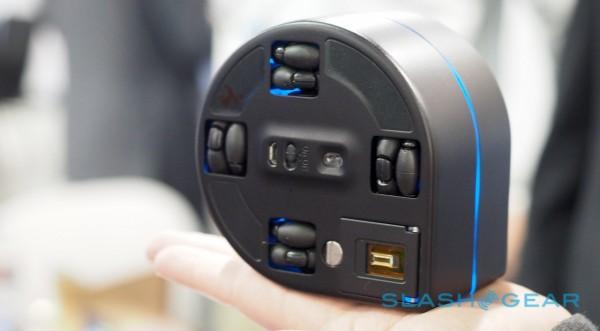 Underneath there are omnidirectional wheels, allowing it to trundle in all directions. As long as you tell the app what size page it’s dealing with, it keeps within the edges and simply begins its trek around, leaving a trail of ink behind.

Quality, of course, is a big factor. Even though it’s meant to auto-calibrate, there’s still a little drift involved with Zuta Labs’ current units: you can see that in the slight bowing along each line. It’s also black-only, since there’s no room inside at present for a color ink cartridge. 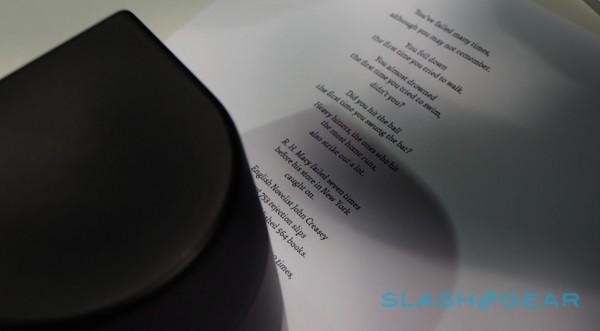 Nonetheless, the intention isn’t to replace an office laser printer with a flock of ‘bots. Instead, Zuta Labs’ founder Tuvia Elbaum explained to me, this is more about balancing occasional document production and convenience.

Target audiences include students needing a rare print-out, traveling businesspeople wanting to pull a printer from their briefcase or bag and give clients an unexpected hard copy of a contract or document, and home users who might need a form for the bank once in a while, but don’t want to put an ugly chunk of tech in their living room. 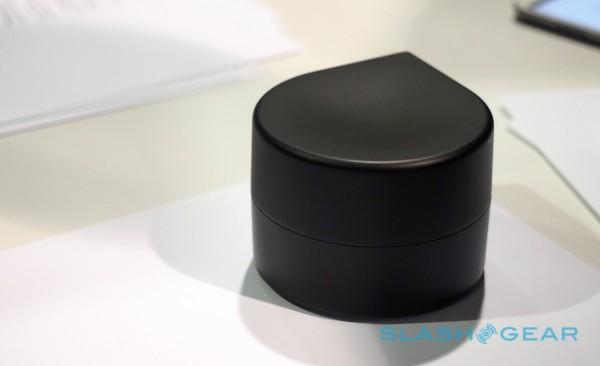 Print speed of 1.2ppm – so approximately 40 seconds for an average sheet – may be relatively low, but watching the robot do its dance is entertaining while that’s happening, and the flexibility of being able to print anything from your phone – from an email, to an interesting webpage you might want to read offline, to your WhatsApp messages – is certainly useful

Zuta Labs printer is up for pre-order now, priced at $199, and is expected to begin shipping later this year. 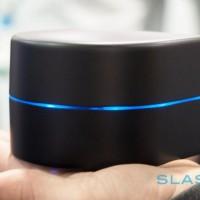 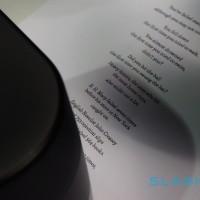 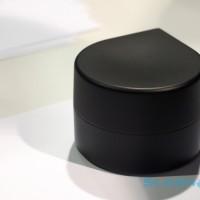 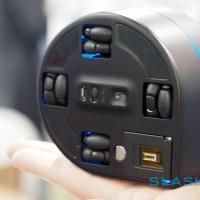