ZTE has gone official with its latest smartphone called the Grand Memo II LTE at MWC 2014. The phone has been rumored for a while with some specs tipped last week. The official unveil brings with it all the specifications for the smartphone along with an official pic.

The Grand Memo II LTE has a 6-inch IPS display that has 178-degree viewing angles. The smartphone is equipped with ZTE’s new MiFavor 2.3 user interface that offers new icons and a new experience. Despite the large screen, the smartphone is also very thin at 7.2mm thick. 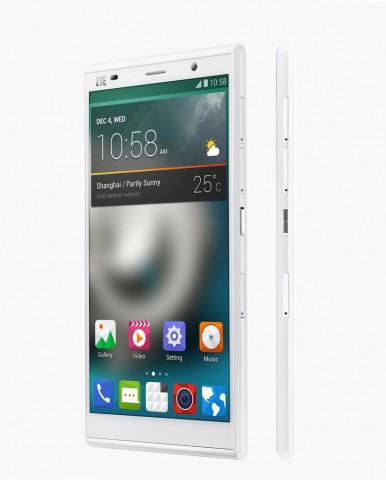 ZTE says that the MiFavor 2.3 UI is able to memorize user habits to offer an interface tailored to their needs with intelligent split screens. The UI works over the top of Android 4.4 KitKat. The smartphone has a 3200 mAh internal battery promising 72 hours of music playback per charge and up to 16 hours of continuous HD video watching.

The smartphone runs a Snapdragon 400 processor. The rear camera is a 13MP unit and the front is a 5MP unit. The rear camera uses a Sony BSI sensor and has flash. The processor is paired with 2GB of RAM and the smartphone has 16GB of storage. Other hardware features include GPS with AGPS, WiFi Bluetooth 4.0, microSD card slot, and the ability to be used as an IR remote. That big 6-inch IPS screen is covered in Gorilla Glass 3.