360-degree and virtual reality video may be the hottest new trend in entertainment, but it turns out most people can’t really be bothered to move their head. The growth in popularity of affordable VR systems, like Samsung’s Gear VR and Google’s Daydream, has made viewing 360-degree content more straightforward. Meanwhile, cheaper 360-degree cameras like the Samsung Gear 360 has made producing content easier too.

Question is, of course, just how are people actually consuming all that content? With YouTube making a big push into supporting VR and 360-degree video, it’s well placed to answer that question. Ironically, it turns out that even with a world of video around them, most people aren’t actually taking it in.

YouTube has launched a new 360-degree heatmaps system to spell it all out. That uses color-coded overlays to show exactly where people are looking in the frame, spanning from blue for low attention, up to red for high attention. The shading changes over the course of the clip, too, so that content creators will be able to get a better idea of what grabbed attention and how long it held it for. 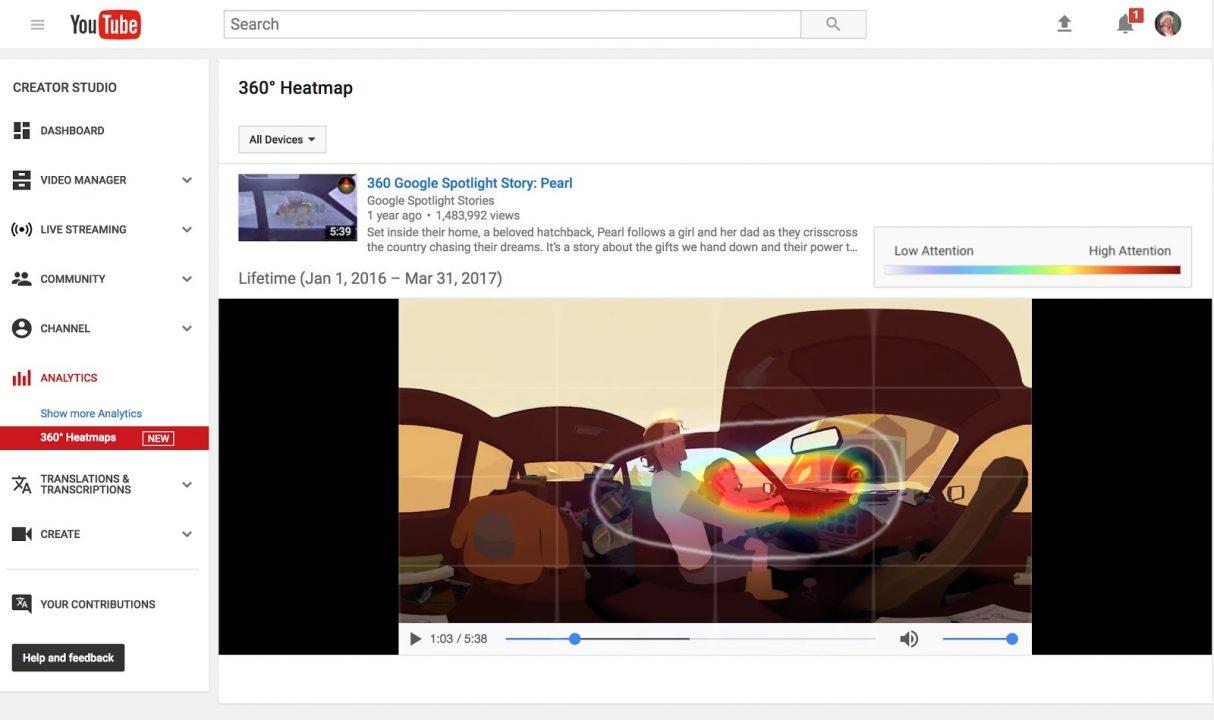 Already, there are a few insights: some of which don’t really come as a great surprise. Biggest, probably, is that viewers spent 75-percent of their time within the front 90-degrees of a video; in other words, they either didn’t move their head if they were watching in a VR headset, or they didn’t drag the YouTube viewer around if they’re watching on the desktop. “So don’t forget to spend significant time on what’s in front of the viewer,” YouTube recommends.

The other big insight is that it can take signposting for people to appreciate what’s around them in the scene. For the most popular VR videos, YouTube says, people were more likely to look around: indeed, almost 20-percent of the views on the hottest clips were at what was going on directly behind them. “Try using markers and animations to draw attention to different parts of the scene,” YouTube suggests.

360-degree heatmaps are rolling out in the analytics tab in your YouTube account. The video itself will need to have 1,000 views or more before it’s activated, too. While it may suggest that even with the growth of VR, many people aren’t bothering to get the best out the experience, it should also help content creators to figure out how to maximize 360’s value.