Audi may have only given the 2019 Audi e-tron its official launch last night, but already it has stopped taking reservations for the top-spec model. The 2019 e-tron First Edition is a limited-run of the all-electric SUV, intended to mark the car’s debut as well as max out its specifications.

So, while the regular 2019 e-tron Premium Plus trim will start from $74,800 (plus $995 destination, but before any federal or state incentives), the First Edition carries an $86,700 sticker. The extra money gets an exclusive Daytona Gray exterior with 21-inch bi-color black wheels, Alu-Optic trim, and Dynamic orange brake calipers.

Special puddle lamps project the e-tron First Edition logo on the ground alongside the car when it’s unlocked, while inside there’s Black Valcona leather with gray contrast stitching. The dashboard gets Volcano Gray Ash natural wood inlays. Audi is also including the Cold Weather Package as standard on the First Edition, as well as the Night Vision Assistant. 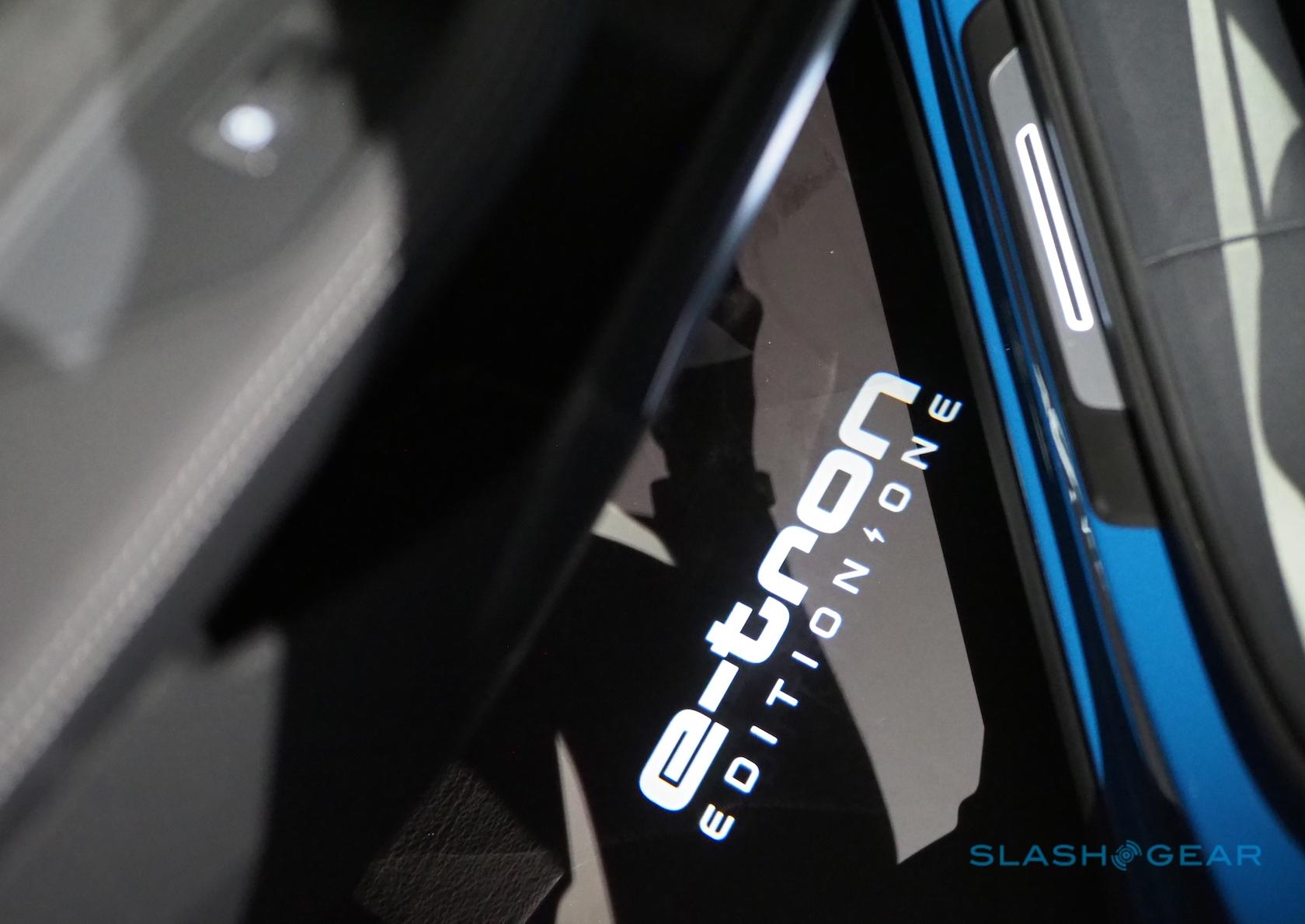 However, only 999 of the e-tron First Edition cars have been earmarked for the US, and if you were hoping to pick one up you may be out of luck. Reservations for the electric SUV opened last night when it was officially unveiled, with would-be buyers asked for a refundable $1,000 reservation fee to stake their place in line. Today, though, the First Edition has been removed from the reservations system.

That, an Audi spokesperson confirmed with SlashGear, is because the automaker has hit the allotment of vehicles available for the US already. You can still, of course, reserve an e-tron Premium Plus or an e-tron Prestige. There’s no way to get the special gray paint – though Audi does have several silver and gray options that are similar – or indeed the fancy wheels, unfortunately.

If you’re broken-hearted, there might be some slim chance of salvation left. Audi tells us that it has held an unspecified number of e-tron First Edition cars back, “for future opportunities,” so it’s possible that a lucky handful of people may still be able to pick up the car. We’ll presumably know more in the intervening months between now and the 2019 e-tron’s arrival in US dealerships, which is expected to take place sometime in Q2 of next year.