Your next PureView Windows Phone might pack Canon tech

Microsoft and Canon have inked a new patent sharing deal, but before you yawn and roll over, the agreement could well make for even stronger PureView camera technology on future Windows Phones. The two firms have already joined forces on select R&D in the past, but the new collaboration covers “certain digital imaging and mobile consumer products” according to Microsoft.

Details on exactly what is and isn’t covered from the respective patent portfolios of Microsoft and Canon aren’t being shared, nor the financial details of the deal. Microsoft will only say that it encompasses a “broad range of products and services each company offers.”

However, Microsoft’s sudden interest in digital imaging technologies comes as the company takes the reins of the former Nokia smartphone division. With the acquisition going through earlier this year, bringing Nokia’s range of Lumia Windows Phones in-house at Microsoft, there’s been no small amount of interest in what the software giant could do with PureView moving forward.

Computational photography has increasingly been a point of differentiation for Nokia, using high-resolution sensors in phones like the Lumia 1020 and Lumia Icon paired with apps that can combine different elements of multiple frames, remove unwanted objects from shots, and create Harry Potter-style animated images with minimal effort on the part of the user. 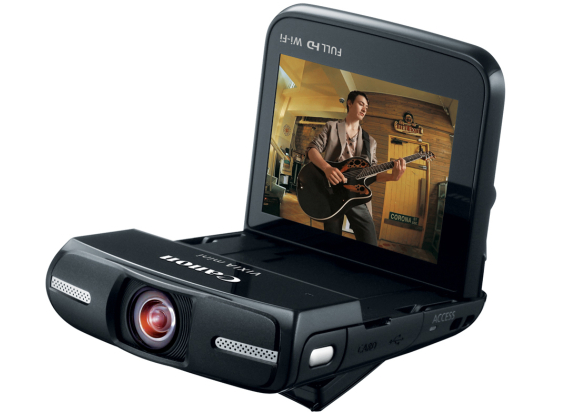 As sensor technology has improved, Nokia also worked with Carl Zeiss on specialist lenses for its Windows Phones, and it’s possible that Microsoft could be looking to build on both aspects with its bolstered partnership with Canon.

Meanwhile, Microsoft is also looking at how innovative camera tech such as in the Kinect sensor-bar could be transitioned from the living room as a gaming peripheral, to mobile devices like phones and tablets.

For Canon, the agreement could mean better integration between its cameras and Windows Phone devices. The company could even follow in Samsung’s footsteps with the Galaxy Camera range, and release a smart connected camera running Windows Phone.

With specifics of what’s actually covered in short supply, we’ll have to wait until Microsoft and Canon show off the fruits of their combined efforts in the future to see how the deal pans out.