Your elderly cat’s tooth disease may soon be treatable

If your old cat is on the path to tooth resorption (TR), the only viable cure is tooth extraction. If your cat shows signs of TR, your cat’s veterinary specialist will almost certainly recommend that they remove the affected teeth before TR goes too far. A study published this week worked with a set of feline teeth, sequencing extracted RNA to characterize transcriptomic changes involved in feline TR. Scientists involved in the study aimed to learn more about feline TR so that they might eradicate the disease before tooth extraction becomes necessary.

Tooth resorption (TR) has been reported in several sorts of animals, humans included. Horses, dogs, and both domestic and wild cats have shown signs of TR. As noted by a study on TR published this week, the disease is most common in aged domestic cats.

Researchers began work in sequencing RNA extracted from a set of 14 teeth extracted from 11 cats. Seven of the teeth showed signs of TR, 7 teeth showed no signs of resorption. Comparing RNA sequences between the sets showed a whopping 1,732 differentially expressed genes. 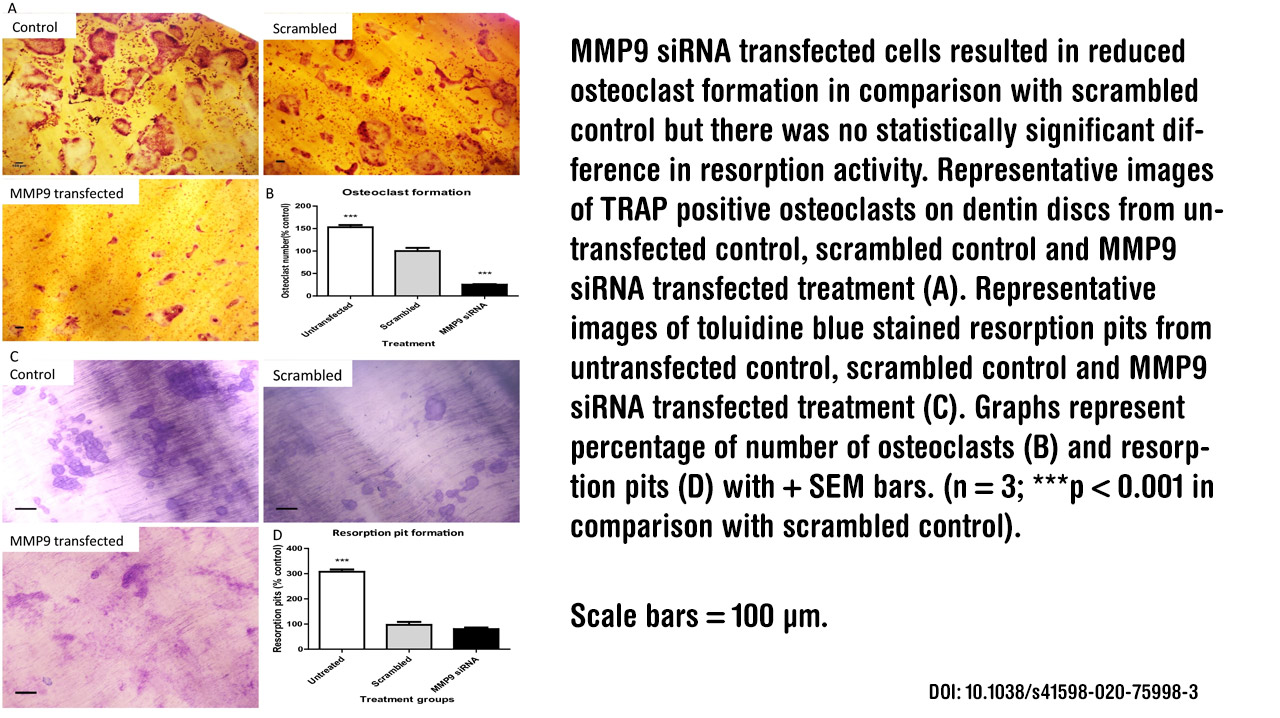 Of these 1,732 genes, a great many showed signs “characteristic of osteoclast activity and differentiation, in particular matrix metalloproteinase 9 (MMP9).” The study sought both qPCR and immunocytochemistry of odontoclasts located in TR lesions to confirm expression of MMP9.

Once MMP9 was identified, researchers applied two potential fixes. One was an MMP9 siRNA, or small interfering RNA, AKA a molecule sequence custom-designed to affect another sequence. In this case, researchers created a siRNA to fight the effects of, or eradicate, MMP9. While the siRNA solution inhibited osteoclast differentiation, it appeared to have “little effect on resorption activity.” 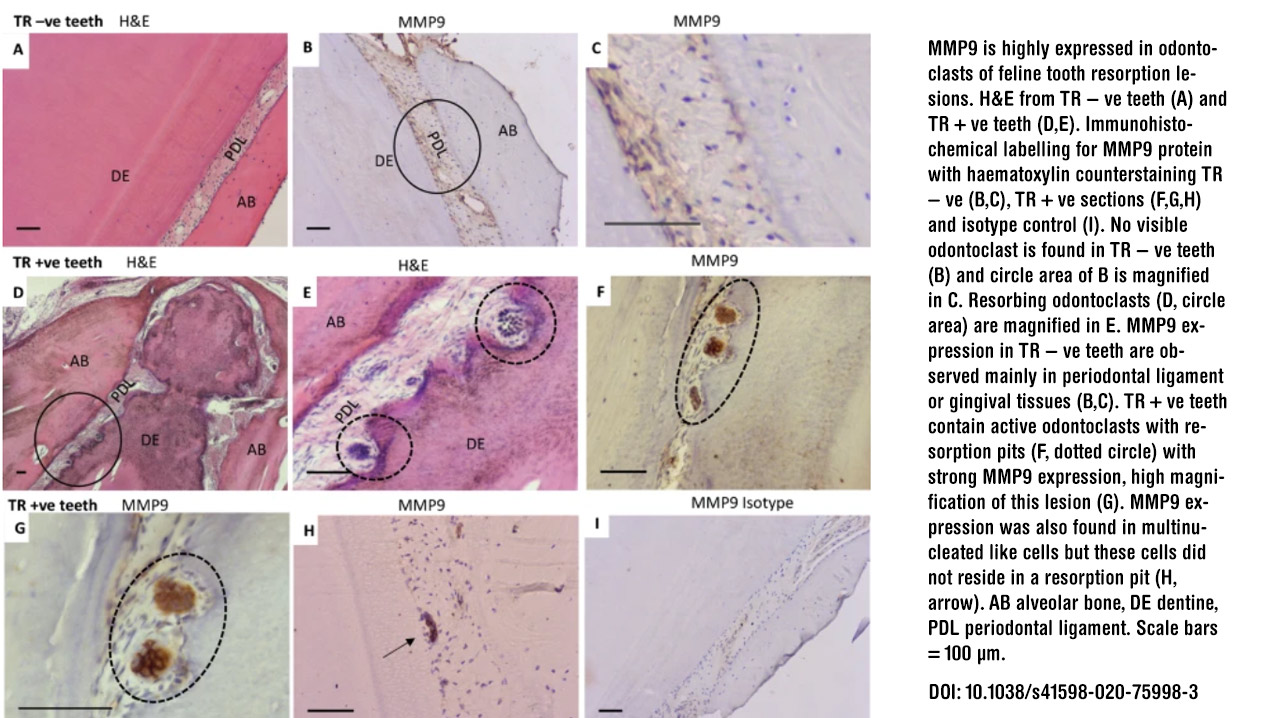 The other fix, a hydroxamate-based MMP9 inhibitor, reduced both osteoclast formation AND resorption activity. More tests need to be run before any direct application / cure can be created and distributed, but the results are looking positive.

Per the study published this week, “these results suggest that increased MMP9 expression is involved in the progress of TR pathogenesis and that MMP9 may be a potential therapeutic target in feline TR.”