Your brain needs taming: Here’s how you can do it

Your brain is a loose cannon, but you can tame it. At least, that’s the message from wearables startup InteraXon, pitching its Muse brain-sensing headband as the perfect way to coax your cortex into a healthier way of thinking. Another crowdfunding success story, the first Muse units are winging their way to backers, but I jumped the queue to try out one of the production headsets.

It sounds like it should be magic, tracking brain activity without threading a long metal electrode through your forehead, but Muse is actually based on some pretty standard technology. Running along the inside edge of the headband are five EEG (electroencephalogram) sensors, which read the small electrical impulses conducted through the skin when our brains are active.

The data about those impulses is squirted via Bluetooth to a nearby smartphone or tablet, where one of Muse’s companion apps waits to put the activity into context. It’s important to note that Muse isn’t actually “reading your mind”: it just tracks the different ways in which it’s active. 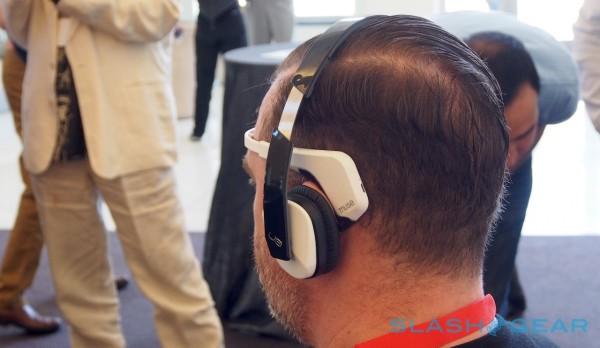 That activity might not include what you’re stressed about or whether you ate the last doughnut, but it can be analyzed to show whether the wearer is anxious, excited, or a host of other emotions.

Knowing you’re feeling it is half of the battle; being able to train your brain to react differently is the other half, and that’s where the Muse apps come in. I tried out “Calm”, which as the name suggests is designed to encourage a more relaxed mindset with only three minutes of investment each day.

First, the band needs to be calibrated. Over the course of about a minute, a soft-spoken woman directs you to think as much as you can on different topics: in my case, those included holidays and cities. After that, it’s a case of counting your breaths and trying not to let your mind wander. 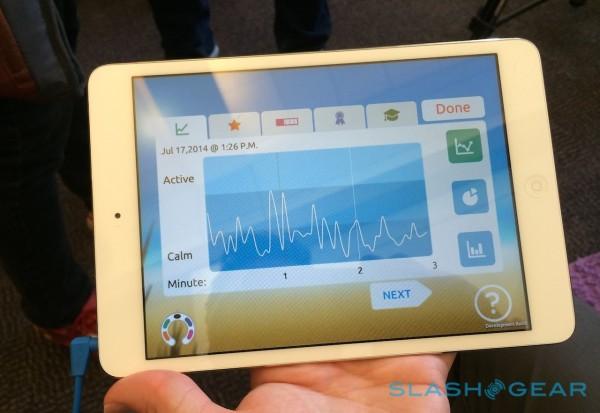 Muse uses auditory feedback to help keep you on track. Fully focused, and you hear the gentle lapping of waves. Get distracted, and you hear the wind instead. Moments of zen-style peace are rewarded by the chirping of birds. At the end, your calmness performance is totaled up as a numeric score, along with a graph of relaxed and distracted points, and a tally of how many periods of complete calm you achieved.

Of course, the waves aren’t the end-goal, really: the relaxed feeling is. It’s tempting to treat Calm like a game, and try to score the highest possible score, but that’s probably ignoring that what you’re trying to achieve is the calmness that level, consistent breathing can engender. 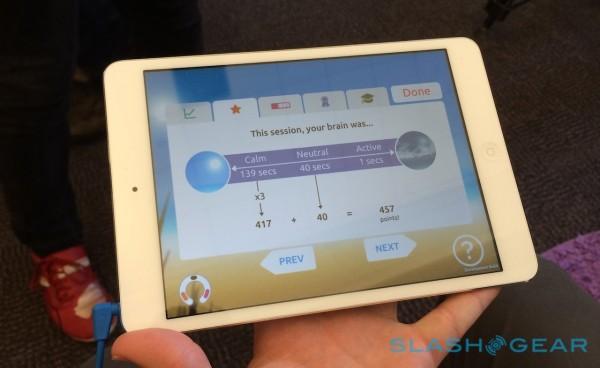 Even so, it’s interesting to see how Muse responds when your mind does wander. At times I found myself tuning in to the sounds of people around me, and then a split-second later the wind noise would appear; even just pondering too consciously on my breathing and how it was making me feel was enough to derail the waves.

Muse is planning more apps, to train other aspects of our minds, as well as an SDK for third-party developers to tap into the potential of the EEG headset. The promise is that, with regular use, you can become consistently better at focusing and listening to the messages your autonomic system is sending you.

You’ll never become Professor X with Muse, throwing things around with your mind, but you might end up better equipped to handle stressful situations or focus ahead of exams or presentations.

Whether that’s worth $299 comes down to whether you need – and can commit to – a framework within which you can learn greater composure. A graph and a score can, to the right sort of person, be easier to rationalize than interpreting the more vague symptoms of stress, like headaches and inconsistent sleep.

Muse isn’t a magic bullet, but it does promise to put into numerical context something that many struggle to understand about themselves. 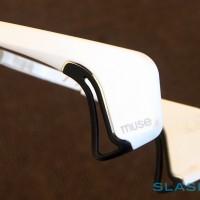 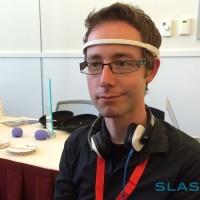 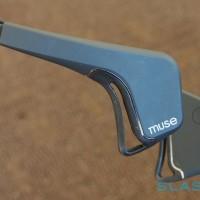 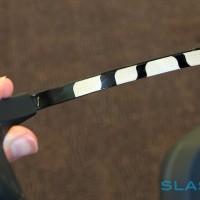 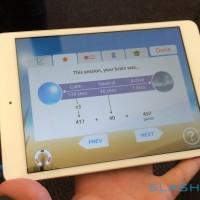 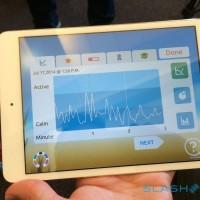 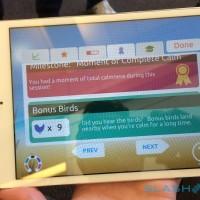 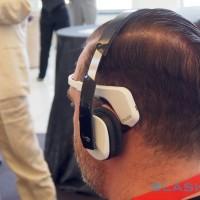 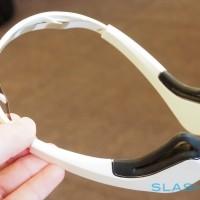 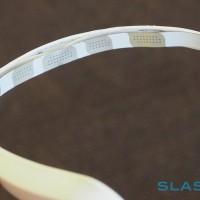