Apple’s iMessage for iPhone, iPad, and OS X machines might not stay away from Android forever. It has seemed like Apple wanted to keep the app to their own devices through the future, but that may change. Word from the rumor wire suggests that Apple is testing at least one version of iMessage for Android now.

“I’ve heard from little birdies,” said Daring Fireball‘s John Gruber, “that mockups of iMessage for Android have circulated within the company.” He went on to suggest that a variety of user interface styles are in testing now, including Google’s Material Design. This is not an unprecedented move, if it does indeed happen. Apple has released apps for Android with Material Design principles in place before – see: Apple Music for Android.

SEE: iMessage is not Android’s problem

If Apple releases iMessage for Android, they’ll be sending a clear message to Google. Or at least to the Googlers and everyday Android fans that suggest iMessage is Apple’s only must-have app. Gruber mentions that it may have been Steve Jobs that made the decision to say FaceTime would be an “open standard.” That never happened, in part because it wasn’t designed to be open from the beginning. 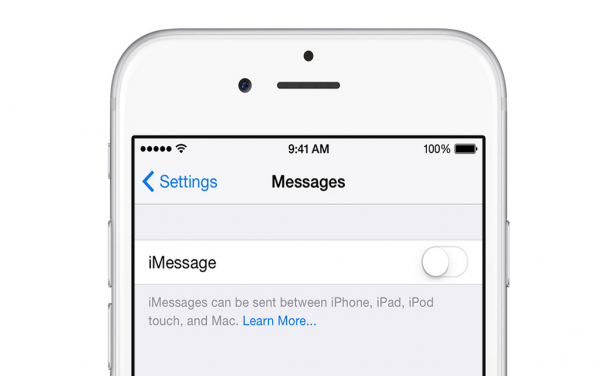 But what we can take from the idea that Steve Jobs wanting FaceTime to be an open standard is that it is possible. Apple doesn’t need its messenger app locked in to its own software ecosystem any more than it needed to keep Apple Music to its own machines. If Apple’s monetization of iMessage is immense enough to make money from Android, they’ll do it.

This is the right time to do it, too. Now when messenger apps are important enough to create many different apps on a single platform – by a single company – now is the time. And don’t expect what happened to BlackBerry’s BBM to happen here, not when the company is in such a different position.