SpaceX’s Falcon Heavy might be a long way from taking paying passengers to Mars, but you can hitch a virtual ride with the Tesla Roadster-driving Starman courtesy of the company’s livestream. Started after SpaceX successfully launched the Falcon Heavy this afternoon, the stream is one of the more unusual views of space we’ve ever had.

Starman, as he’s been named, is the designated driver who’ll be taking the Tesla Roadster all the way to Mars. The dummy has been wedged into the convertible – with the roof down, naturally, to make the most of those solar rays – and the whole thing packed into the Falcon Heavy’s payload compartment. After the fairing opened, the car was exposed to space.

It won’t be an easy journey to Mars, mind. While the rocket may have successfully shed its boosters – sending them to land autonomously on the ground – it needs to make it through the Van Allen belts. They’re regions of intense radiation, several thousand kilometers above the Earth.

Indeed, SpaceX and Tesla founder Elon Musk was upfront about the risk that portion of space represents to the mission. The radiation would see the cherry-red Roadster “whacked pretty hard,” Musk told media yesterday, before starting a long burn. Assuming that works according to plan, it needs to head out to Mars orbit. 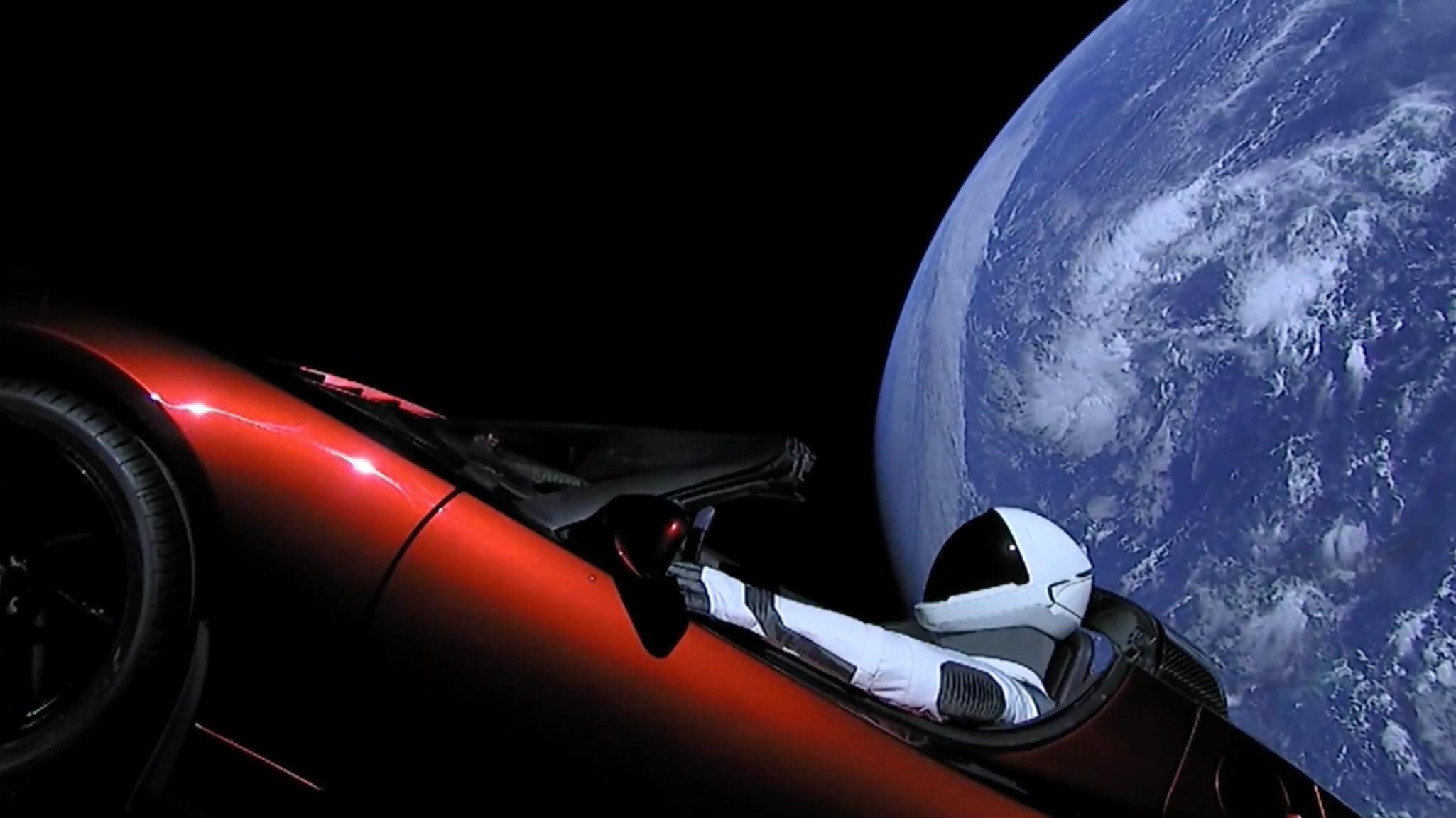 By that point, it’ll be doing approximately 11 kilometers a second (6.84 miles per second), all the while playing David Bowie’s “Space Oddity” of course. Again, the plan is to establish an elliptical orbit around the red planet, though there’s the not-insignificant chance that the whole thing could just crash into the planet instead. If SpaceX could do it, the Tesla could theoretically be orbiting Mars for a billion years.

While it might seem strange to launch a car to Mars, Falcon Heavy did need a payload of some sort. Usually, Musk pointed out, new rockets would use something fairly mundane, like steel or concrete blocks. To give the whole thing a little more excitement, he opted to use his own original Tesla Roadster instead.

It certainly makes for a dramatic livestream. For the first hours, Earth is clearly visible for periods as the camera rotates slowly. Eventually, there’ll be the next rocket burn, and things might get even more exciting – there are still plenty of things that could go wrong, naturally.