Yellow Jacket is here at CES 2014 showing their latest stun case for the iPhone 5/5S. Their previous iPhone case was for the 4. Specific iPhone models aside though, what we have here is a case with a built-in stun gun that is capable of delivering 18,000 volts. Naturally, this sort of device just had to be seen in person.

The case is made from TPE and will be available in a variety of colors. Specifically, Yellow Jacket will have it available in nine colors to include black, pink, white, yellow, red, blue, and green as well as a light, and dark gray. This one is available for pre-order at the moment and is selling for $149. Naturally, the ability to purchase will come down to where you live and the local laws.

In terms of the case, as you will see in the images here in the post, it does add quite a bit of bulk. But at the same time, it likely isn’t any bulkier as compared to carrying an iPhone and stand-along stun gun. Not to mention, with your iPhone often in your hand, you probably have quicker access on the draw. Still, before you do any actual stunning, you will need to fold back the protective cover. 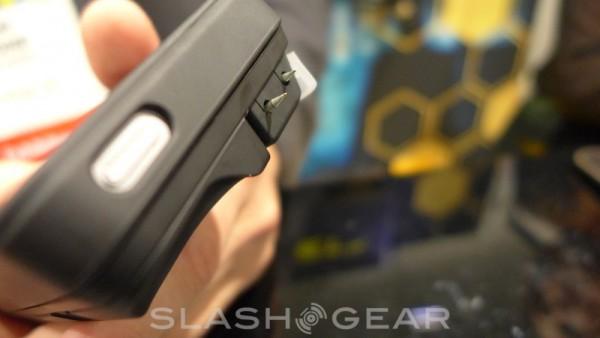 As far as the features go, this case does allow the user to detach the stun gun pack. There is also a five LED power indicator and ambidextrous triggers. Touching back on the safety aspect. Along with needing to remove the plastic cover, there is also a stun gun safety. As for putting this to use, the stun activates rather quickly. Like other stun guns, this one has a nice glow and slightly terrifying sound when activated. 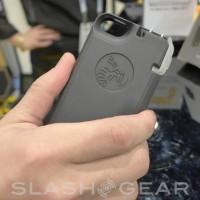 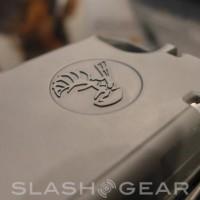 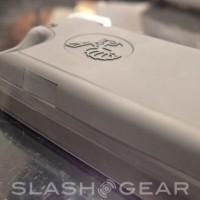 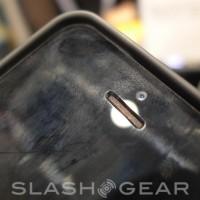 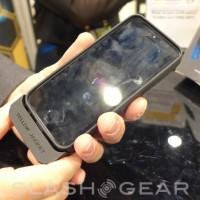 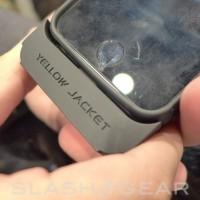 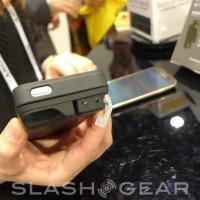 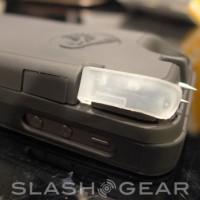 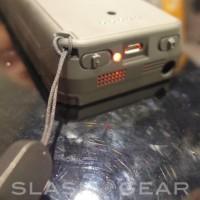 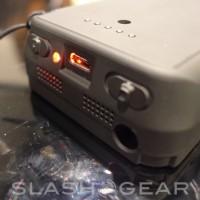