Xiaomi may have made its first CES appearance today, but the Chinese company still leaves US consumers frustrated at being able to see – but not buy – its well-designed wares. That’s particularly the case with the new Xiaomi Mi TV 4, the firm’s latest television line-up. At just 4.9mm thick at its thinnest, and with a modular design that might make future upgrades less of a hassle, it manages to stand out even at a CES that has been punctuated with eye-catching TVs.

What makes the Mi TV 4 range notable is, of course, the design. The thinness helps, undoubtedly, with the processing section only extending less than a third up the way of the display, and what remains being thinner than an iPhone 7. But there’s more to it than just that, like Xiaomi’s slender legs, full metal back cover that leaves the rear of the set looking good even if on display in the middle of a room, and the matching speaker bar. 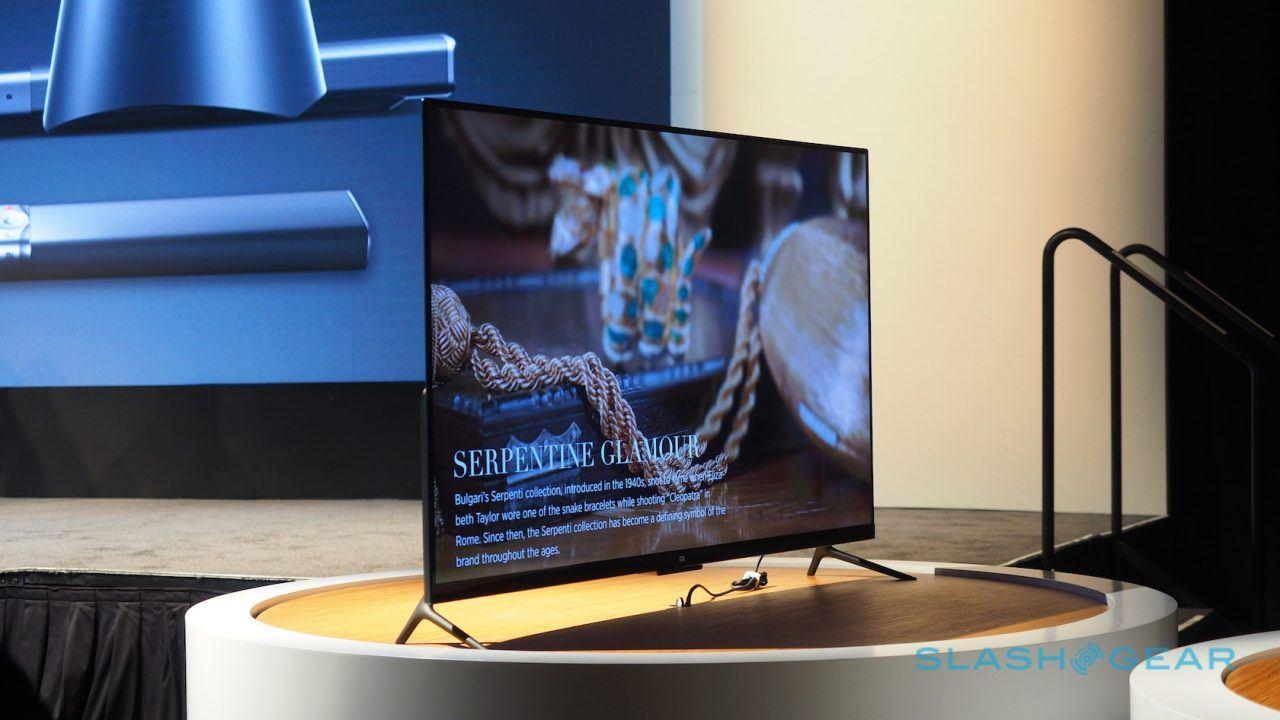 The latter supports Dolby Atmos, though rather than the ceiling-mounted speakers you’d expect to find in a movie theater with support for the all-around surround sound standard, Xiaomi takes a different approach. Upward-firing speakers in the front sound bar bounce audio off the ceiling for the overhead effects. The rear speakers are wirelessly connected, so only need power and can be more flexibly placed. Finally, there’s a separate subwoofer too.

Xiaomi is making a big deal of the upgrade-potential of the Mi TV 4 range, too. As CEO Hugo Barra explains it, the vast majority of the cost involved in a TV is in the panel; the motherboard – which does all the processing, and is the part you’ll probably want to upgrade more frequently – is only about 20-percent of the overall cost. Most TV designs, though, integrate them together so you can’t upgrade one without the other. 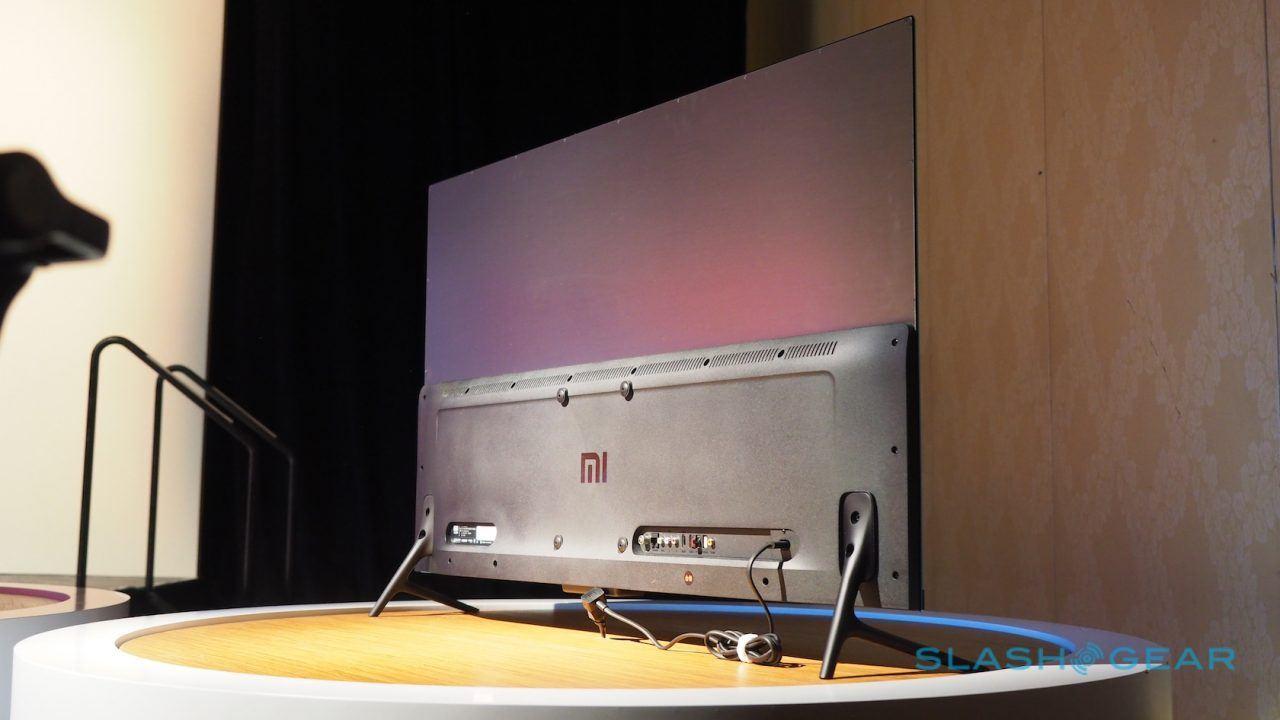 Xiaomi’s approach is to separate them, and indeed owners of the company’s 2016 TVs will be able to buy the new Mi TV 4 processing bar and get upgrades to the newest features. That includes an interface known as PatchWall, which promises AI-style recommendations and endless-scroll for figuring out something to watch. Different user profiles lead to different suggestions, so that kids will see their own selection versus what their parents get. 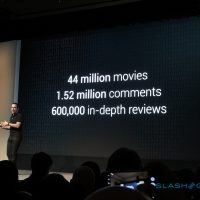 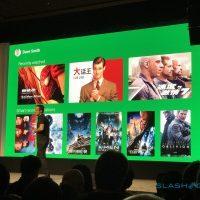 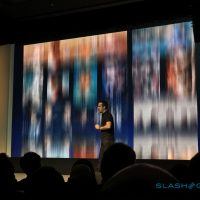 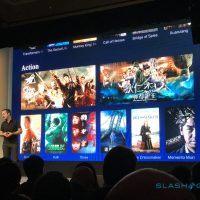 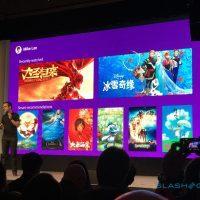 So, with the motherboard and related electronics in the sound bar section instead of the TV, there’s a software and audio upgrade up for grabs. Ports include three HDMI, two USB, ethernet, AV in, an antenna port, S/PDIF digital audio output, and the subwoofer connection. A single cable provides both power and signal to the screen, for more discrete wall-mounting.

Xiaomi will have three sizes on offer, starting at 49-inches, through 55-inches, and finally 65-inches. The top-spec, largest of the three will cost under $2,000 in China complete with the Dolby Atmos audio system when it goes on sale later in the year, Barra says. Unfortunately that’s in China: Xiaomi still has no plans to bring the eye-catching TVs to the US. 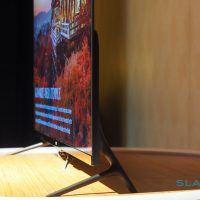 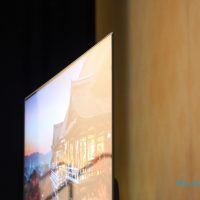 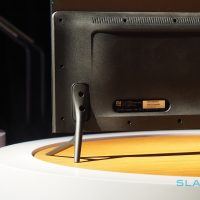 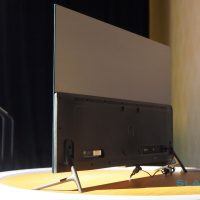 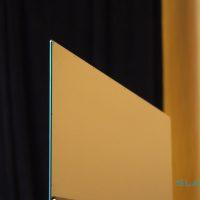 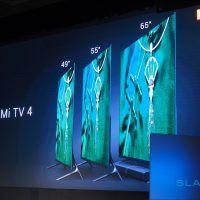 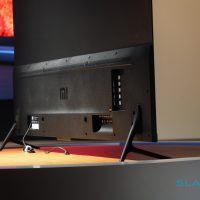 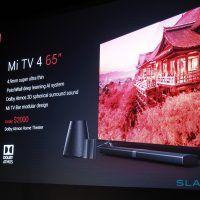 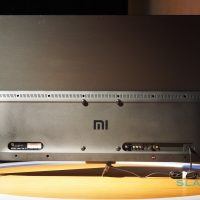 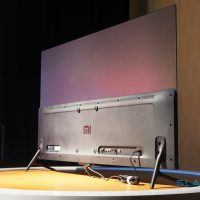 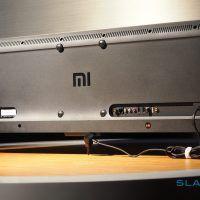 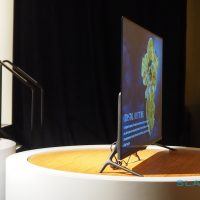 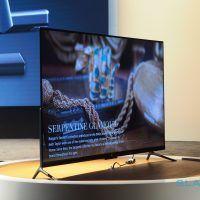