Xiaomi is bucking the trend of expensive WiFi 6 routers, revealing a new model that packs 802.11ax support but will be priced at a fraction of what rival routers will set you back. Announced alongside the global debut of the Xiaomi Mi 10 and Mi 10 Pro – which each support WiFi 6 – the new Mi AIoT Router AX3600 supports up to 2,976 Mbps data speeds.

We’re gradually seeing WiFi 6 spread among consumer devices, with a number of high-profile smartphones and laptops supporting the next-generation wireless technology. Problem is, without a WiFi 6 router to connect to, that support is a lot less useful. WiFi 6 routers have typically been priced at the top-end of the market, easily in the region of $500. 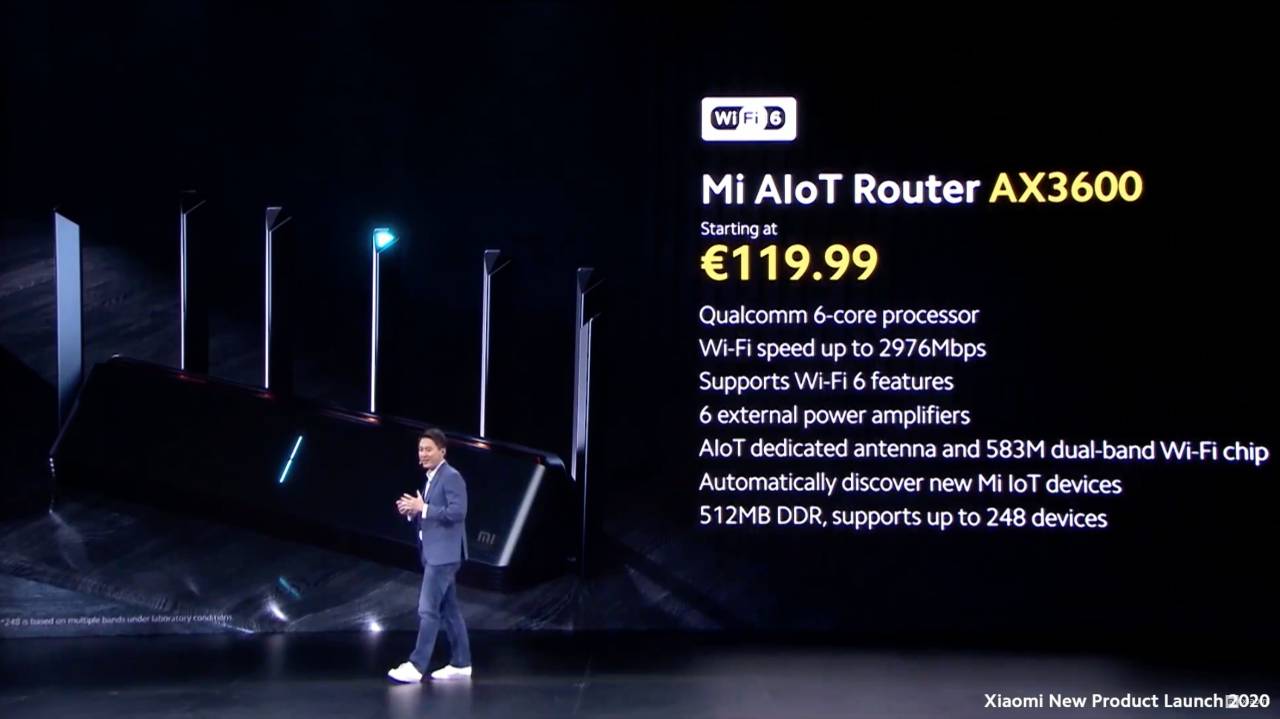 The Mi AIoT Router AX3600, meanwhile, will be priced at 119.99 euro ($130) when it goes on sale in Europe. There’s a Qualcomm 6-core processor inside, along with 512MB of memory. Xiaomi has equipped it with six external power amplifiers, along with a dedicated antenna for IoT devices and a 583M dual-band WiFi chip. That’s the antenna in the middle with the illuminated tip.

Xiaomi says that the router should support up to 248 devices on the same network. That might seem outlandish when you’re counting up things like notebooks, smart TVs, smartphones, tablets, and other WiFi-enabled devices, but when you consider the increasing numbers of Internet of Things gadgets – such as smart locks, cameras, and sensors – using low-power WiFi you could find yourself needing that high limit sooner than expected. 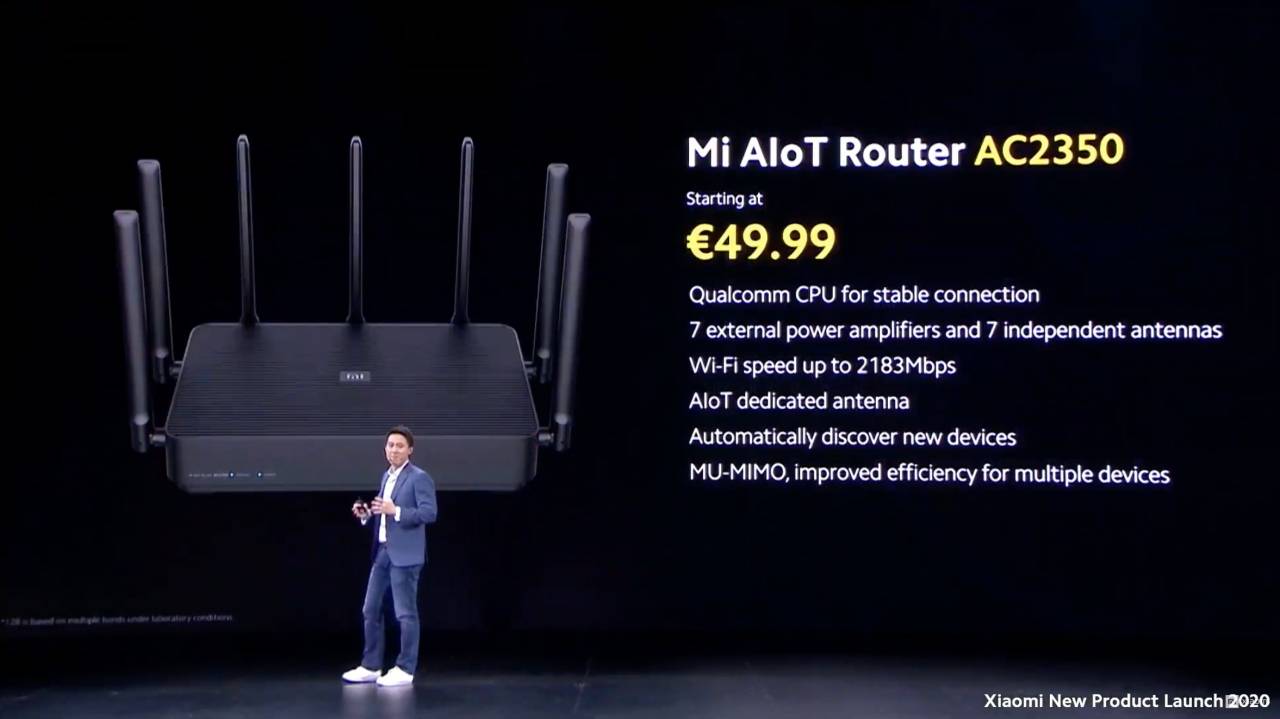 For those with lower budgets, Xiaomi has a second router focused on IoT connectivity. The Mi AIoT Router AC2350 sacrifices WiFi 6, making do with only WiFi 5 support, though you still get seven external power amplifiers and seven antennas. There’s an IoT-dedicated antenna too, and the ability like the more expensive model to automatically discover new IoT devices.

Right now, there’s no word of whether Xiaomi might launch its routers in the US. The company certainly isn’t unaware of the potential for overseas sales, and according to Shou Zi Chew, President of International at Xiaomi, the company expects to invest $7 billion into 5G and IoT technologies over the next five years.