Xiaomi’s Mi 11 Ultra flagship Android phone isn’t the only Google-powered product the company has today, with a new Mi Smart Projector 2 Pro combining reasonably portable projection with the Google Assistant. The nondescript gray and white box looks more like an oversized smart speaker than a traditional projector, and indeed that’s because it’s one of those too. 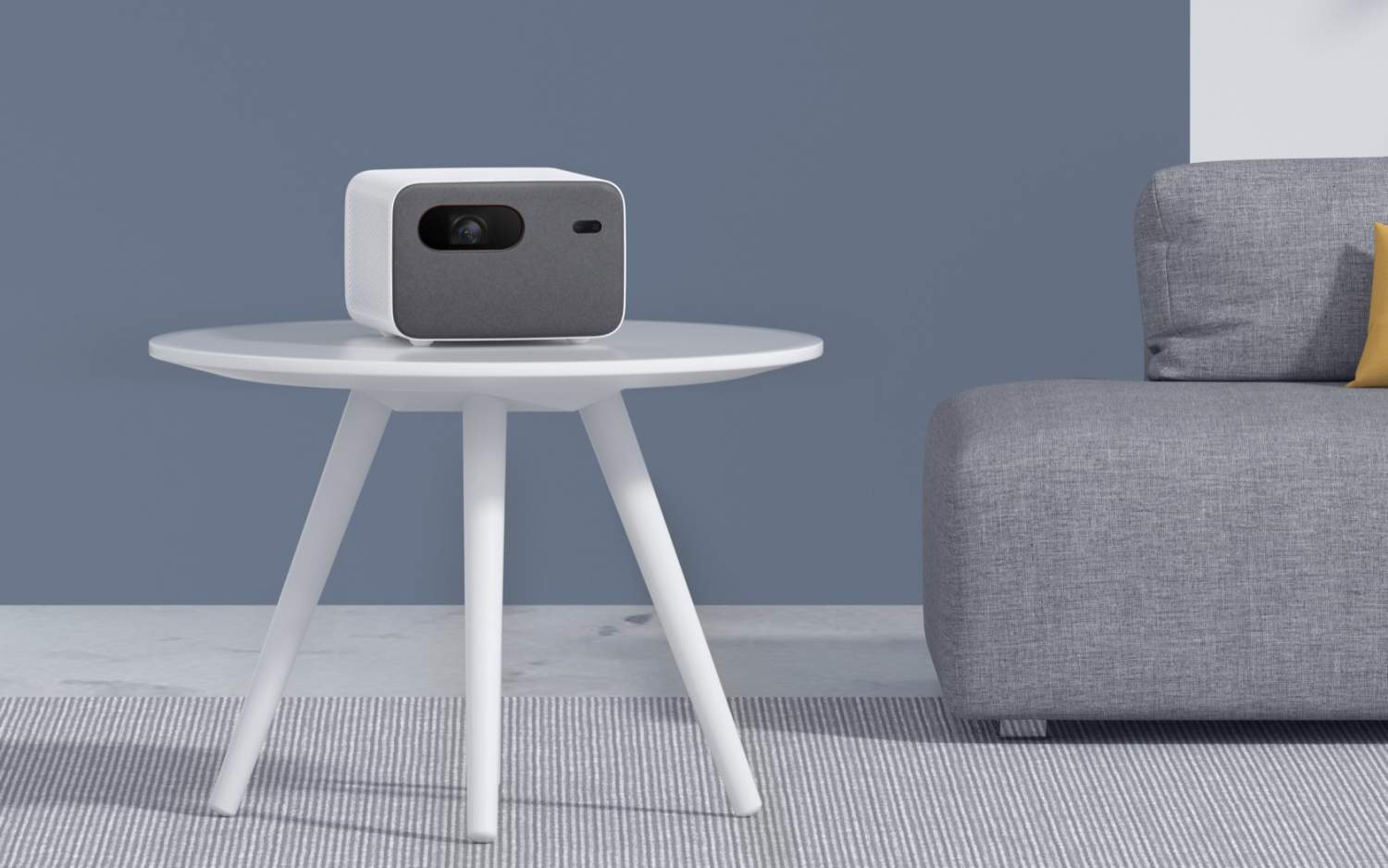 That should work to make a perfectly rectangular projection even if the projector is up to 40-degrees off-angle, Xiaomi says. A time-of-flight (ToF) sensor is onboard too, used for automatic focus. That can lock in within 2 seconds, the company claims.

Inside, the Mi Smart Projector 2 Pro is running Android TV, with Google Assistant support, meaning you’ll be able to use it as another smart speaker. There’s also Chromecast functionality, making it easier to cast content from a smartphone or other device directly. 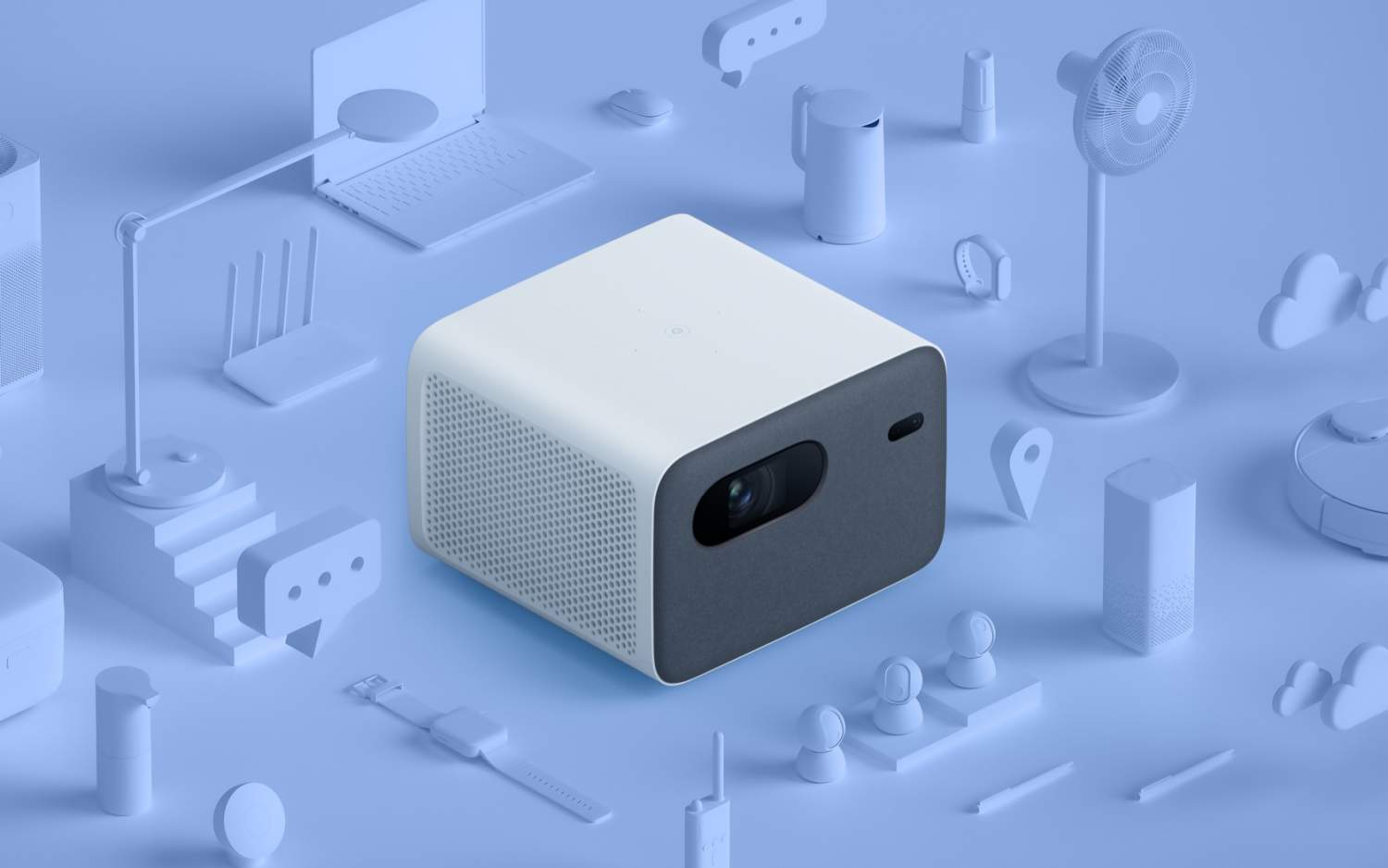 On the audio side, there’s 10W speakers with support for DTS-HD and Dolby Audio, each having dual tweeters and dual full-range woofers. Bluetooth connectivity turns the Mi Smart Projector 2 Pro into a standalone speaker, too.

As for wired connectivity, on the back of the projector you’ll find an array of ports. That includes two HDMI inputs – one supporting HDMI ARC – and two USB 2.0 Type-A ports, plus both a 3.5mm audio output and an S/PDIF digital optical output. Finally, there’s an ethernet jack, if you’re not using WiFi to get the projector online. 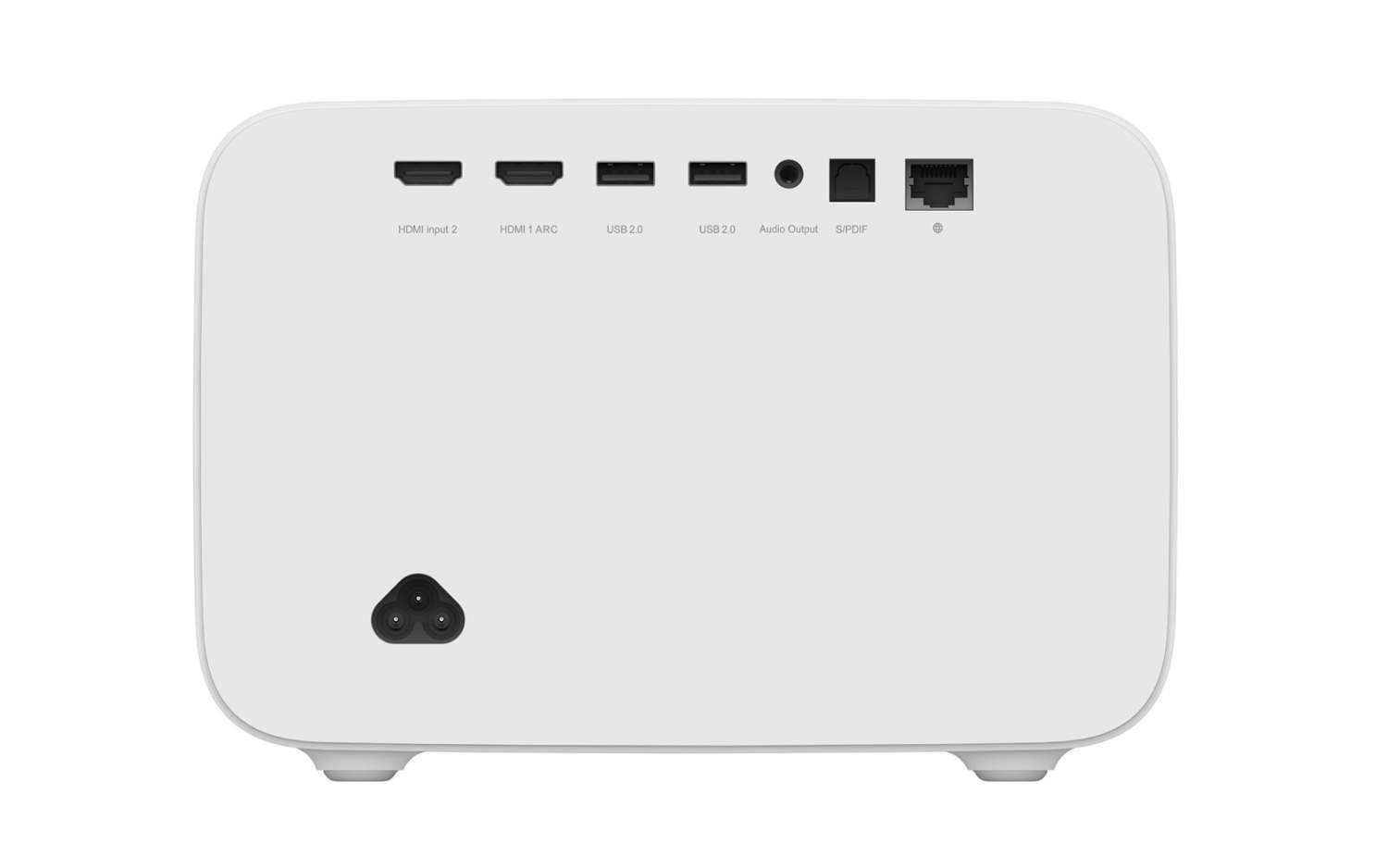 It’s not Xiaomi’s first projector model, mind. The Mi Smart Compact Projector – which is currently on sale in the US for around $500 – also topped out at Full HD 1080p resolution with HDR10 support, though at 500 lumens lacked the maximum brightness of this new model. It also acted as a smart speaker, however with Android TV preloaded, and supported auto-focusing. However it lacks the omni-directional keystone correction.

The Mi Smart Projector 2 Pro will be sold at 999 euro ($1,160), Xiaomi says. No word on US-specific availability at this stage, though the company claims it will be offering the projector globally.