Xiaomi foldable smartphone could come with a pop up camera

Xiaomi’s design is neither the first to fold nor the first to have a pop-up camera, but it’s interesting to see the two features combined in a single device. The design patent was filed with The Hague International Design System on September 25, 2020. The application was published on November 20, 2020. Like most other folding smartphones, it folds in half to create a smaller and more pocketable device.

In the renderings, the front screen is small at 4.6-inches and has thick bezels. When the phone is opened, it has a large screen of unspecified size. Considering the smaller front screen is said to be 4.6-inches, the assumption would be that the large main screen is somewhere in the 7 to 8-inch realm, but again that is unclear. Unlike other folding smartphone designs from the company, this new design ditches the band located to the screen’s side for sensors and cameras seen in past designs.

The pop-up camera design allows it to act as the front selfie camera with two lenses, and there are three cameras on the back of the device. Specifications for the camera system are unknown at this time. On the right side of the smartphone are a pair of buttons with one for volume and another on-off button. 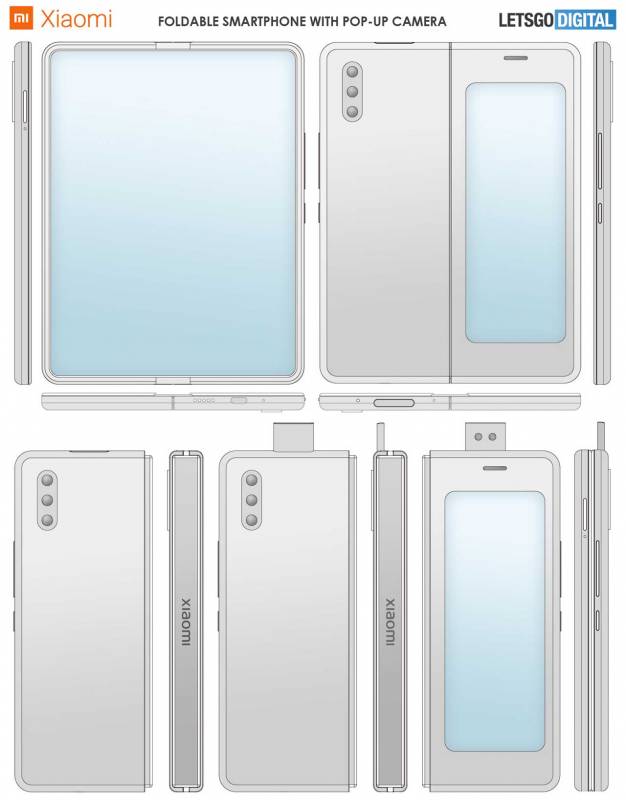 The left side has the SIM card slot with a microphone on the top and bottom. The USB-C port and speaker are on the bottom of the phone. We hope this design makes it to production in the future.