Xi3 has taken some time at this year’s Pepcom to reveal the new 7 series modular computer. The Xi3 7 series is comprised of the 5A and the 7A, with both pulling only 20 watts and each computer as a whole coming in at only 4-inches per side. This could mean big things for computing, and indeed, it seems that Xi3’s goal is to make computing more accessible to a wider range of people.

The company, according to one of the representatives here at Pepcom, would like to miniaturize the computing space. Indeed, with a 6-10 year lifespan and x86-based OSes and apps, the Xi3 7 series could mean a lot for computing in general, with both quad and dual-core processors on offer. We’ve also got “graphics integrated within AMD’s Trinity Series 32nm APU chipset.” 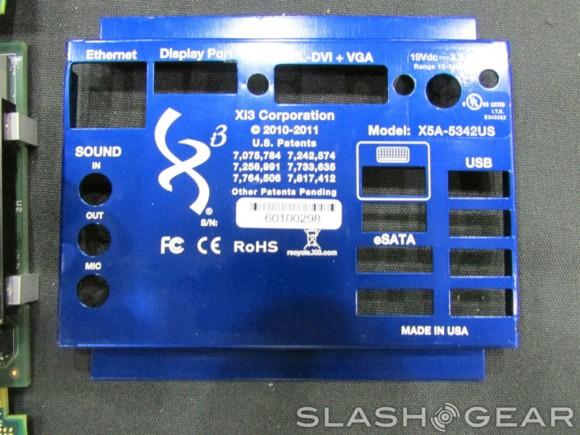 One interesting thing to point out is that the codename for this computer is “Piston,” and we’ve learned that Xi3 and Valve have been working together with the 7 series. Even though Xi3 wouldn’t explain to us the level of Valve’s involvement in the project, it’s easy to see why valve would be interested in this, given that this new modular computer is meant to make computing more accessible to a wider range of people. Another thing worth drawing attention to: this new modular computer is codenamed Piston, and a company named Valve (which runs a gaming platform named Steam) is interested in it in some capacity. 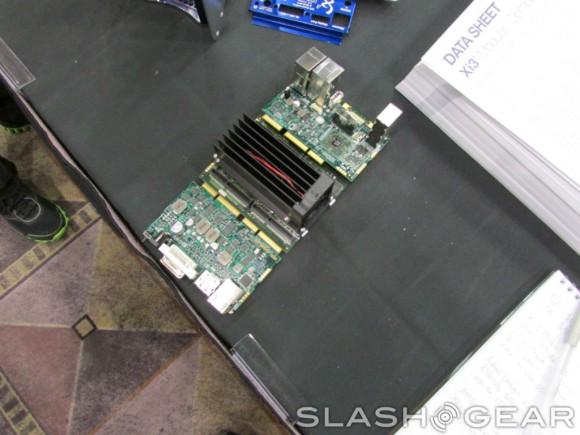 Xi3 also wouldn’t give away what Valve was planning to do with the 7 series computers, but it doesn’t seem too far of a stretch to think that Valve would want to use it for stackable cloud computing. Perhaps the company is looking to enter the cloud gaming space? Keep in mind that this is purely speculation, especially considering that Valve hasn’t said anything. We’ll try to find out more in the coming days here at CES. We’ll also hope to have more information on the 7 series in general soon, but for now, just know that the 5A will cost $499 and the 7A will cost $999. Check out our CES portal for all the news you can use from the show!