The most major all-encompassing Xbox Update for April 2021 delivered several new ways for players to involve their lives in the gaming universe. One way this took effect was a new ability to view leaderboards and achievements in the Xbox mobile app on game detail pages. That may seem like a small change – but the implications are huge.

This change in the Xbox mobile app includes both the iOS and the Android version of said app. The update started to take effect in March, where some gamers were able to see more achievements in the Xbox app than they’d been able before. Now, “select gamers” are able to “check out monthly leaderboards” to see rankings VS friends. 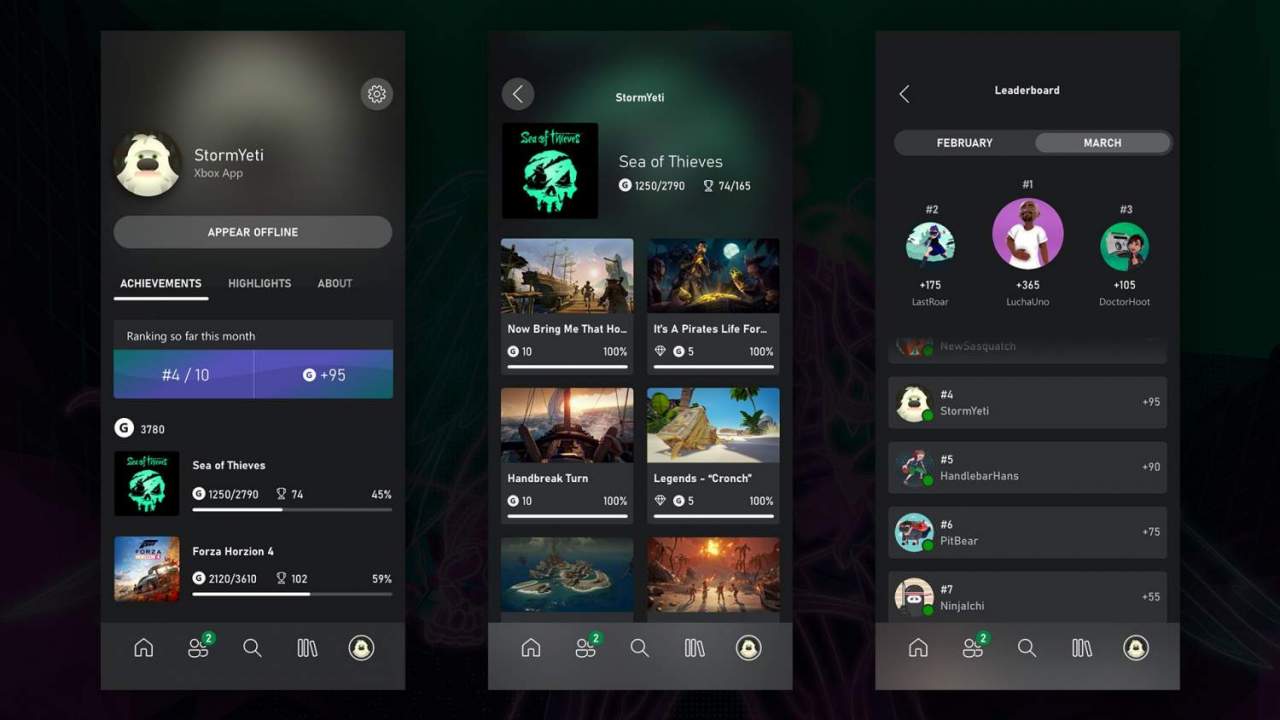 Another update that “everyone will see” by the end of the month in the Xbox App is the ability to view achievements on game detail pages. Each game’s detail page will have its own page with achievements, so you’ll know how far you’ve gone in collecting ALL the achievements in each individual title.

Another way in which the Xbox gaming ecosystem just became more addictive is “new game recommendations and collections” in Xbox Game Pass. If you already have said pass, you’ll see a more effective system of game suggestions with “because you played” and collections like multiplayer, science fiction, sandbox, fantasy, and horror.

If you’re looking to download games (of any sort) as fast as possible, there’s a new “suspend game” feature with which you’ll want to familiarize yourself. This feature notifies you that you can temporarily suspend the game you’re playing in order to speed up your various game downloads and updates.