The Xbox One is Microsoft’s living room commander. It makes sense, therefore, that they’re continuing to push gaming as well as non-gaming content to the masses. This week they’ve made clear that Game DVR and Upload Studio will be working with a YouTube update that’ll allow direct uploads – that means no more transferring to OneDrive, downloading, and re-uploading again. Now it’ll be extra-simple.

This update also brings on YouTube in Snap Mode and Media Achievements for the app. YouTube channels will be able to be added to OneGuide so they’ll be listed alongside the rest of your TV listings and App Channels, and you’ll be able to add individual YouTube videos to your Pins as well. Your move, every other video app. 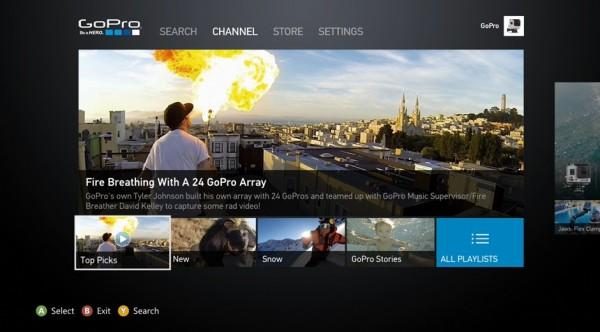 For Xbox 360, the GoPro app will be launching and doing so with “two exclusive videos that the Xbox community will get one week before they’re available elsewhere.” The GoPro app requires that you have an Xbox Live Gold subscription for viewing videos. From this app you’ll also be able to purchase GoPro cameras and accessories, with orders fulfilled by the Microsoft online store.

GoPro for Xbox One will be launching this summer. We’ll let you know when the time comes. At the moment it would appear that Tuesday is the day the new YouTube app launches on Xbox One.