Xbox One White release and $399 console detailed in brief

With the Xbox One having just been released a matter of weeks ago, it’s not especially easy to picture not one, but two new versions of the console appearing before the end of the year. But according to leakster “ntkrnl”, that’s very, very possible here in 2014. What we’re seeing here is news – leaked news, mind you, of the (relatively confirmed) anonymous kind, so keep your salt handy.

What you’re about to see is part of a short (for now) series of posts bases on the leaks of one user, a poster from NeoGaf that goes by the name ntkrnl. In the first post made earlier today, you’ll see a bit more on how he was confirmed to be trustworthy by the NeoGaf staff. Here we’ll just direct you o the ntkrnl search portal for more on the full series of leaks – all surrounding the Xbox One – again, for now.

One of the more exciting concepts suggested as possible by this fellow today was an Xbox One that’d cost $399 USD. According to ntkrnl, when asked if there’d be a $399 XB1 this year: “Maybe one without an Optical Disc Drive.” That’d be awfully surprising given the amount of games out right now that require disks to operate, but by the end of the year, who knows? Microsoft might be a heavily digital-based Xbox One company.

The second unit that’ll be coming out this year – and this one is a whole lot more likely to actually exist – is the White Console. This unit will look rather similar to the Microsoft employee edition and will be appearing closer to Halloween than to the beginning of the year.

This White Xbox One will also be rolling out with the game Sunset Overdrive packaged inside alongside a “fancy *** controller”. 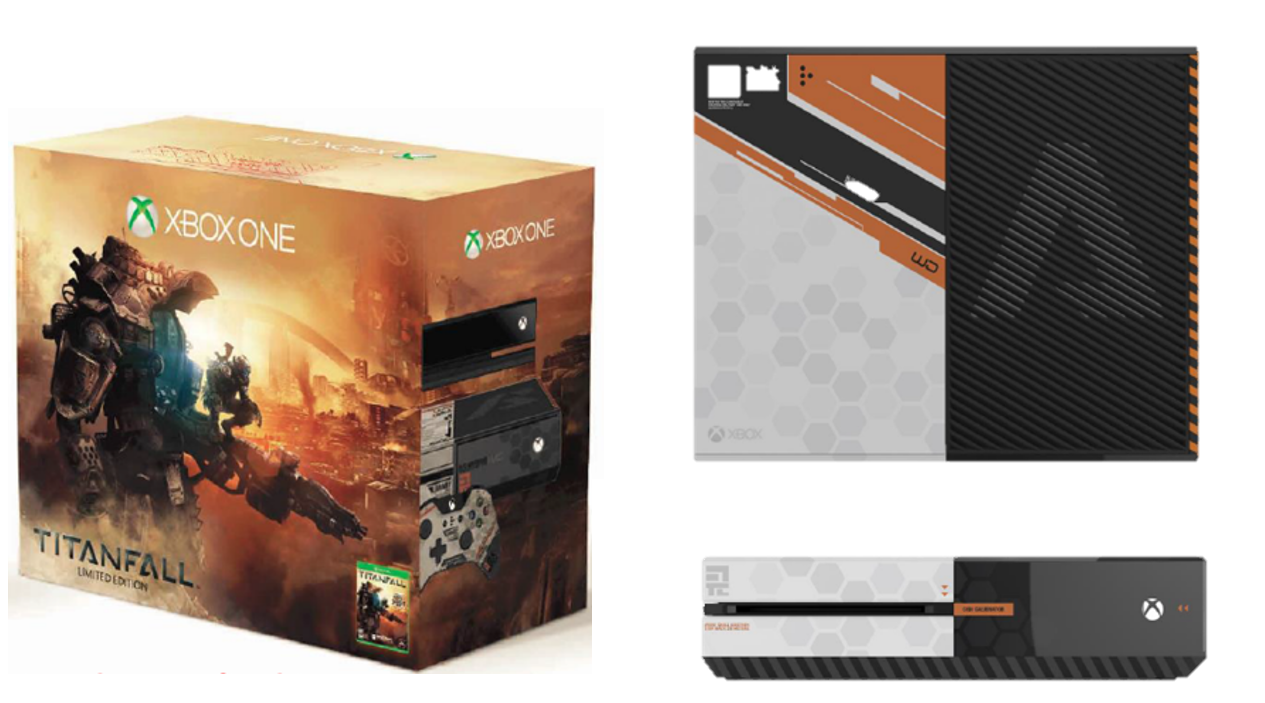 It’s unclear at the moment if this Limited Edition 1TB Xbox One and the Titanfall Limited Edition Xbox One are one in the same. Chances are, they are. It’s also suggested – as long as we’re on the Titanfall kick – that once Titanfall is out, the first DLC pack will be appearing 45 days later, then another DLC will appear 120 days from release (aka 75 days after that).

NOTE: Also, for those of you looking very, very closely at some of the pixels in the Titanfall version of this machine – yes, the console looks different from the console on the box. There are several places where Photoshopping obviously occurred. While it’s possible that this indicates the image is “fake”, it’s just as possible that it’s a very, very early mockup – you don’t go creating a several hundred-dollar package without doing some graphics mockups like this, now do you?

In other words, unless you’ve been wishing for a Titanfall version of the console, your best bet might be to just pull the trigger and pick one up right this minute. Unless you’re only all about the online, downloadable games, that is.