Xbox One Invitation campaign behind the scenes: a massive undertaking

If you weren’t worried that your favorite game was addicting enough before, a new Xbox One video spot will alleviate all your comfort. Taking cues from some of the biggest headliner games to launch with the console, Microsoft’s ad collaborators have created a trailer that invites gamers into the game – along with everyday office workers, futball enthusiasts, and high-speed highway drivers. Watch out for that drop-in mech while you’re at it.

This trailer is right around a minute and a half of total absurdity, showing off some extra-fine graphics as the Xbox One’s biggest first-day launch titles are shown off with a simple gesture. Each of the main characters – or key elements in the games – invite the user in with a finger drag or a hand gesture. There’s also an appearance by a very finely-cut Zachary Quinto acting as Spock.*

This spot also re-emphasizes some of the more next-level abilities of the Xbox One. One of these is a feature in which the user can step up to the Xbox and ask it turn on, continuing play immediately. Another is the ability to move through menus with the newest in Kinect gesture-sensing abilities.

Robert Matthews, general manager of Consumer Marketing for Xbox spoke up on the spot this week via TechNet.

“Authenticity was a key goal for the campaign design, from including one of only three McLaren P1’s in the world to represent ‘Forza Motorsport 5,’ to including Liverpool football star and England national team captain Stephen Gerrard, to actor Zachary Quinto representing Spock.” – Matthews for Xbox

*There you have it, too – that’s not even a cut from a film spot, the actors here are all real. Quinto, Gerrard, and the McLaren P1 as well. 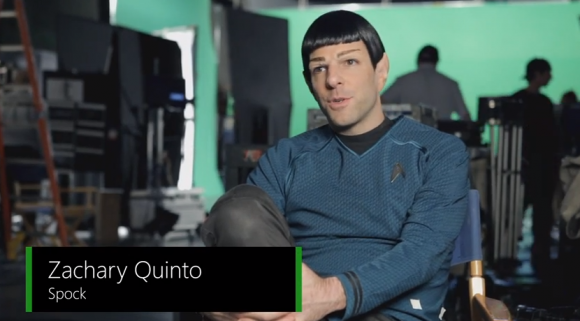 You’ll see The Walking Dead* *SCRATCH THAT – actually Dead Rising 3 – represented here as well, with the Launch Invitation being pushed as both an Xbox One commercial in and of itself and as a whole campaign. You’ll also see a massive undertaking presented from behind the scenes, as well.

The look and the feel here in the demonstration of the advertisement is described right alongside the high-end quality of the Xbox One system itself. Here the filmmakers were given their segment of the advertisement to do separately – each segment is its own miniature film.

These creators had to live up to the expectations of the console, rather than being worried about out-doing the content the console would be able to present near the end of this year. Chew on that for a while. 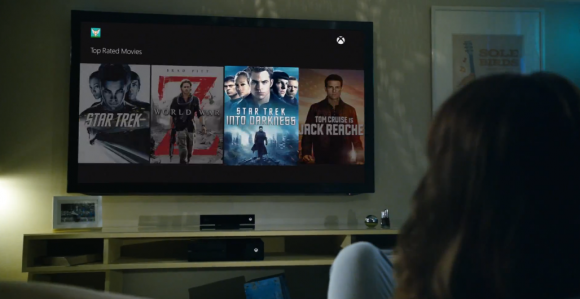 This and a variety of ads spun off from it will be appearing during shows like the Big Bang Theory, X Factor, Modern Family, The Walking Dead, Duck Dynasty, Sons of Anarchy, and Saturday Night Live. You’ll also see Xbox One ads in this campaign appear during major motion pictures over the next few weeks and months, spreading to media of all kind not long after that.