Xbox One owners will be able to access shows like Sleepy Hollow, New Girl, and Almost Human as of today, as the Fox Now app lands on the next-gen console. The service will give Xbox One users access to new episodes of shows the day after they air on broadcast TV, Fox says, with select subscribers getting full back-catalog access as well.

That all depends on the nature of your subscription, however; not every customer of every provider will be eligible. Those who don’t get full access will get select shows to watch instead, Fox clarifies.

Meanwhile, there’ll also be highlight clips from reality shows like X Factor and American Idol, along with some of the better parts culled from other shows. Fox also uses Fox Now to offer interviews, behind-the-scenes content, and other streaming media across the eight platforms it already supports, including iOS and Android devices and the existing Xbox 360. 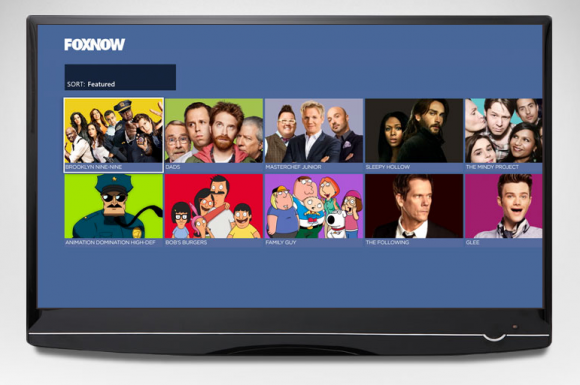 However viewers will in fact need two subscriptions in order to access Fox Now. Not only will they need service through their current cable provider for the channel itself – whether that be through Comcast, DISH Network, AT&T U-Verse, Cablevision, Verizon FiOS, or another company – they’ll also need an Xbox LIVE subscription in order to grab the app in the first place.

Microsoft’s strategy for Xbox One hasn’t solely been around gaming. Instead, the console is intended to straddle both gaming and more casual entertainment like movies and TV, particularly when integrated with other hardware like Windows tablets using the free SmartGlass companion app.

That effectively switches the slate into a secondary display, showing contextual information such as scheduling, actor bios, program guides, and other content.

Fox currently offers new shows including Brooklyn Nine-Nine and Dads through Fox Now, in addition to catalog shows like Family Guy, The Simpsons, Bob’s Burgers, and The Mindy Project. According to the network, as of 2014 the roster will increase, with more episodes available to choose from.