While at one point we may have thought the Xbox backward compatibility program was finished, we learned that wasn’t the case during the Xbox 20th Anniversary event this week. Microsoft announced more than 70 new additions to the backward compatibility list during that event, making more Xbox 360 and original Xbox games playable on modern hardware. There are some fantastic gems in the latest lineup of backward compatible games, so Microsoft is definitely delivering the goods with these additions.

Going out with a bang

The additions with this latest batch can be seen in the image we’ve embedded below. Some notable additions include Rockstar’s Red Dead Revolver – the first, often overlooked game in the Red Dead series – along with the entire FEAR series. There are also a number of Dead or Alive games joining the backward compatible roster, including Dead or Alive 3, Dead or Alive 4, and Dead or Alive Ultimate. 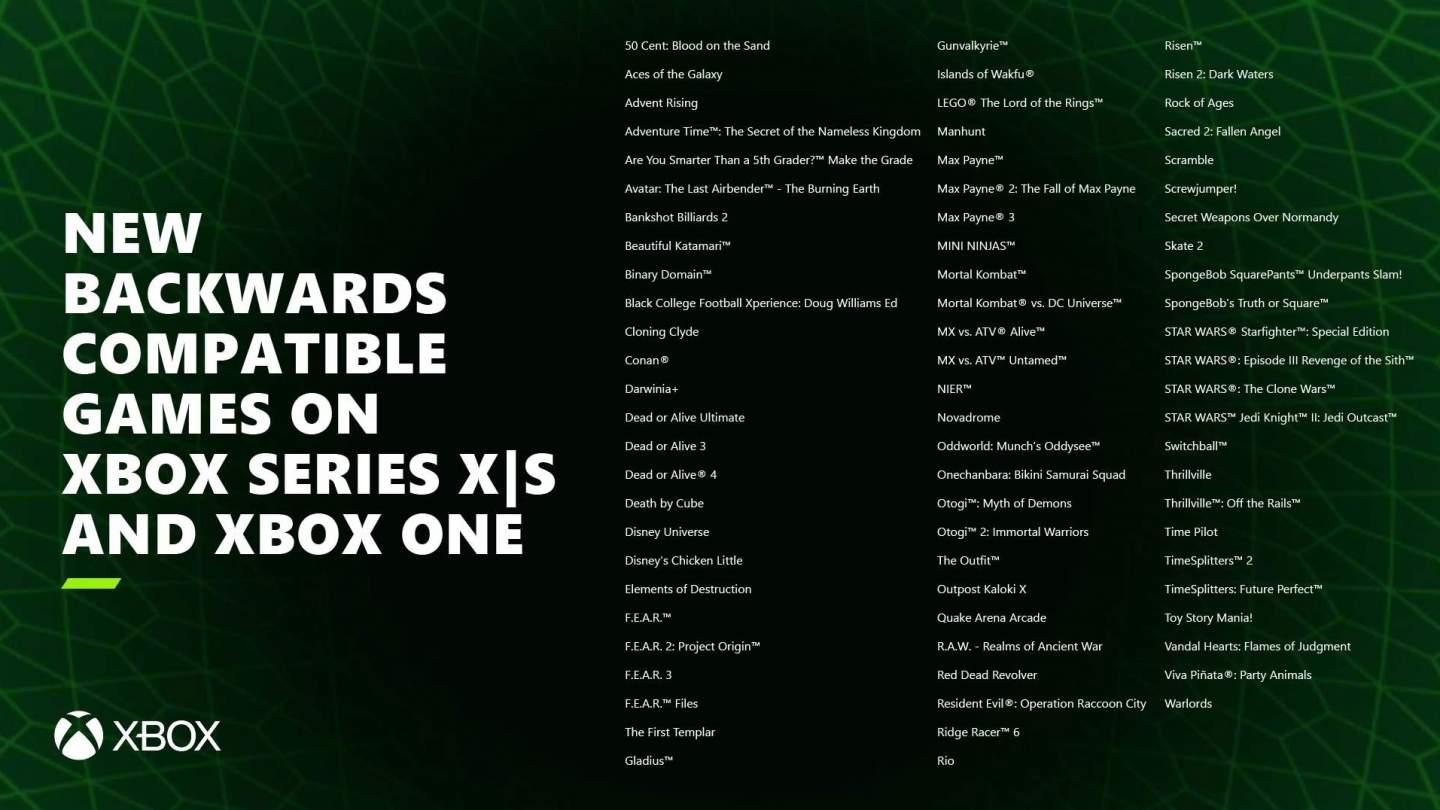 As a reminder, these games are all playable on Xbox One and Xbox Series X|S. If you own the disc and a console with a disc drive (sorry, Xbox Series S owners), you can simply pop the disc into the drive, while each game can be purchased digitally as well. Original Xbox games are getting a resolution increase of up to 4x when played on Xbox Series X and Xbox One X, while all of the games that are being added today support Auto HDR on compatible displays.

Gems to check out first

While we’ve already covered some of the more popular games joining the backward compatible lineup this week, there are some gems that you should prioritize if you’re looking for a trip down memory lane. While not exactly “hidden” gems, we still have our eye on some excellent games from Xboxes past.

The first is Gladius, a fantastic tactical RPG from the glory days of LucasArts. I actually sat down with Gladius for a little bit last night, and it looks fantastic on Xbox One X. Gladius was a one-off title that never received any kind of follow-up, and while that’s a shame, it’s nice that we can play it again on modern consoles.

Other games to check out include TimeSplitters 2 and TimeSplitters: Future Perfect, especially now that we know a new TimeSplitters game is coming at some point in the future. This update actually contains 20 original Xbox games, including Star Wars: Jedi Knight II: Jedi Outcast, so there’s a lot to love for fans of Microsoft’s very first console.

11 of these new titles also support FPS Boost, bringing their original framerates up to 60 FPS. One such title is Sonic Generations, which was in the running for best Sonic the Hedgehog game of the modern era before Sonic Mania came around. Sonic Generations at 60 FPS will likely make for a much more enjoyable experience, especially given the speed at which you move through levels in that game.

So, while this is the last update we’ll get for Xbox backward compatibility, it’s a big end to the long-running program. These games are playable on Xbox One and Xbox Series X|S today, so bust out those old discs and revisit some classics.