Like many people, I was a bit apprehensive when Sega first revealed Sonic Mania. I was just as excited for a 2D Sonic the Hedgehog title as the next guy, but Sega’s talent for screwing up Sonic games is not an easy thing to forget. Now that it’s been here for around two weeks – except for the PC version, which launches today – it’s clear that I was wrong to be worried. Sonic Mania is a brilliant game, and it shows that Sega needs to commit to regular 2D Sonic releases once and for all.

Sonic Mania is unlike any other Sonic game made in the past 23 years. For starters, it’s actually good. To say that might be a little harsh, but while we may be able to point to some relative high points for the Sonic series since it made the jump to 3D (Sonic die-hards will often point to the two Sonic Adventure games as examples), Sonic Mania is better than all of them.

Sonic Mania is at least the best game in the series since Sonic and Knuckles, but I might even go so far as to say it’s better than most of those classic Genesis entries, save for maybe Sonic the Hedgehog 2. Where it ranks among the greatest Sonic games is irrelevant to my larger point, though: fans have clearly been craving a true-to-form return of 2D Sonic gameplay, and now that Sega has given us a taste, 3D Sonic simply won’t cut it anymore. 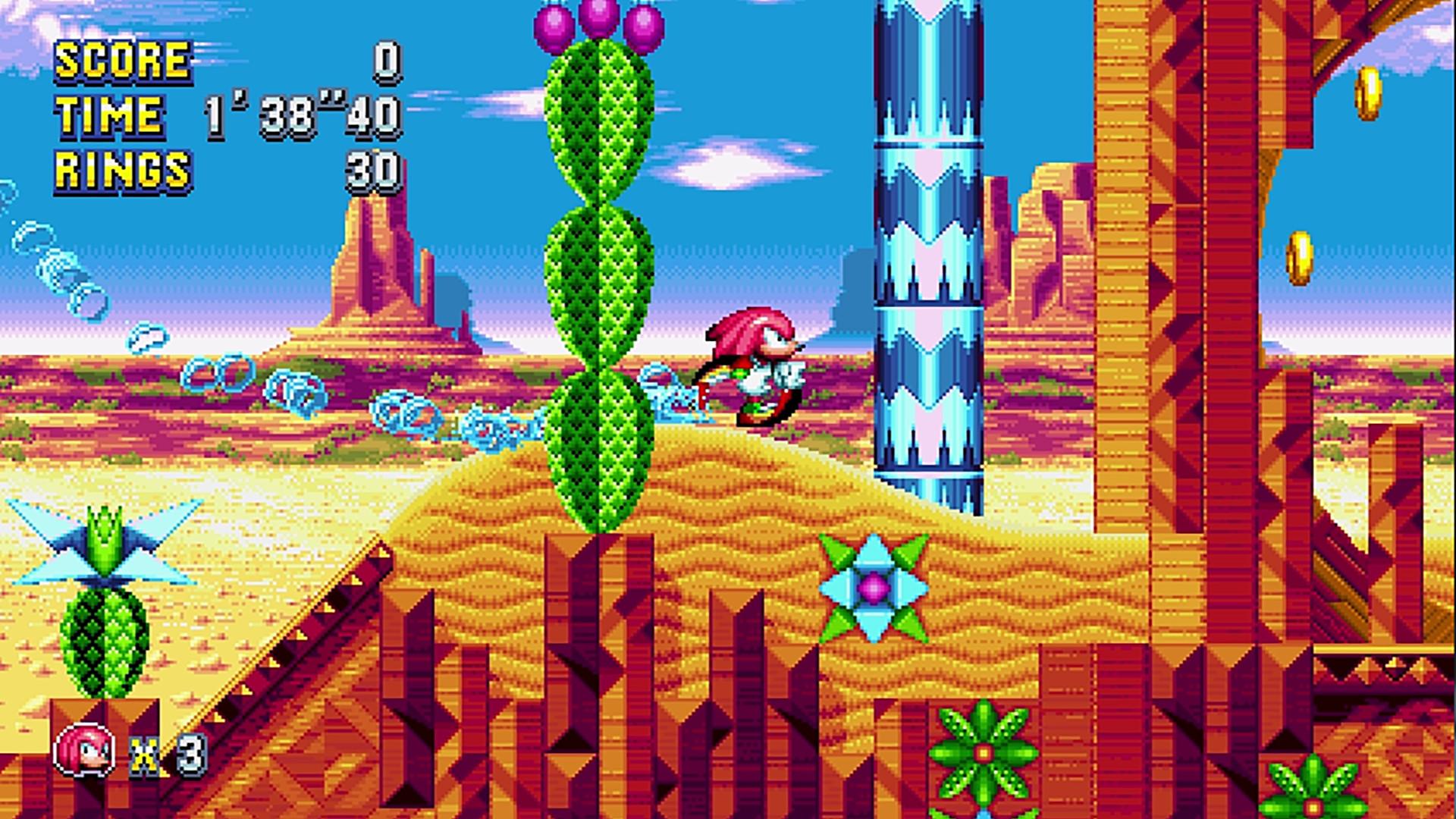 There are many great things about Sonic Mania – the retro graphics, the excellent soundtracks, the well-crafted stages, the fact that none of the characters talk. It’s a far cry from Sonic games we’ve been treated to recently, with Sonic Boom in particular coming to mind. A glitchy mess with broken stages and cringeworthy dialogue at every turn, Sonic Boom is the antithesis to Sonic Mania. Nothing that makes Sonic great is present in Sonic Boom, and in fact, that’s something that can be said for a lot of recent Sonic games. With all of that in mind, why does Sega persist with these awful titles?

I think the answer to that question can be found in who actually developed Sonic Mania. Sonic Team had little to do with Sonic Mania, and instead, it was almost entirely made by Sonic fans. Christian Whitehead, a freelance developer who worked with Sega on the mobile ports of Sonic 1, Sonic 2, and Sonic CD, first pitched Sonic Mania to Sega as Sonic Discovery back in 2016. Series producer Takashi Iizuka greenlit the project, and it wasn’t long before Whitehead was joined by programmer Simon Thomley of Headcannon and the level designer-artist-composer trio of Jared Kasl, Tom Fry, and Tee Lopes from PagodaWest Games.

Sonic Mania is, in essence, a fan game that impressed Sega enough to actually get corporate backing. Iizuka himself said it was a “passion project” from fans who have fond memories of Sonic’s 2D days. Those two words bring up a very important question: if this is what a Sonic game driven by passion looks like, what’s Sega’s excuse for the garbage it’s fed us for the past two decades? It’s clear that Sonic Team has lost its passion for the series, and it took a team of very dedicated and talented fans to remind us all what made Sonic so great in the first place.

It’s time for Sega to make regular 2D Sonic releases a priority. After playing Sonic Mania, I have even less interest in 3D Sonic than I did before, and that’s saying a lot because my already low level of interest is a result of Sonic Team trampling my hopes and expectations for 20 years. 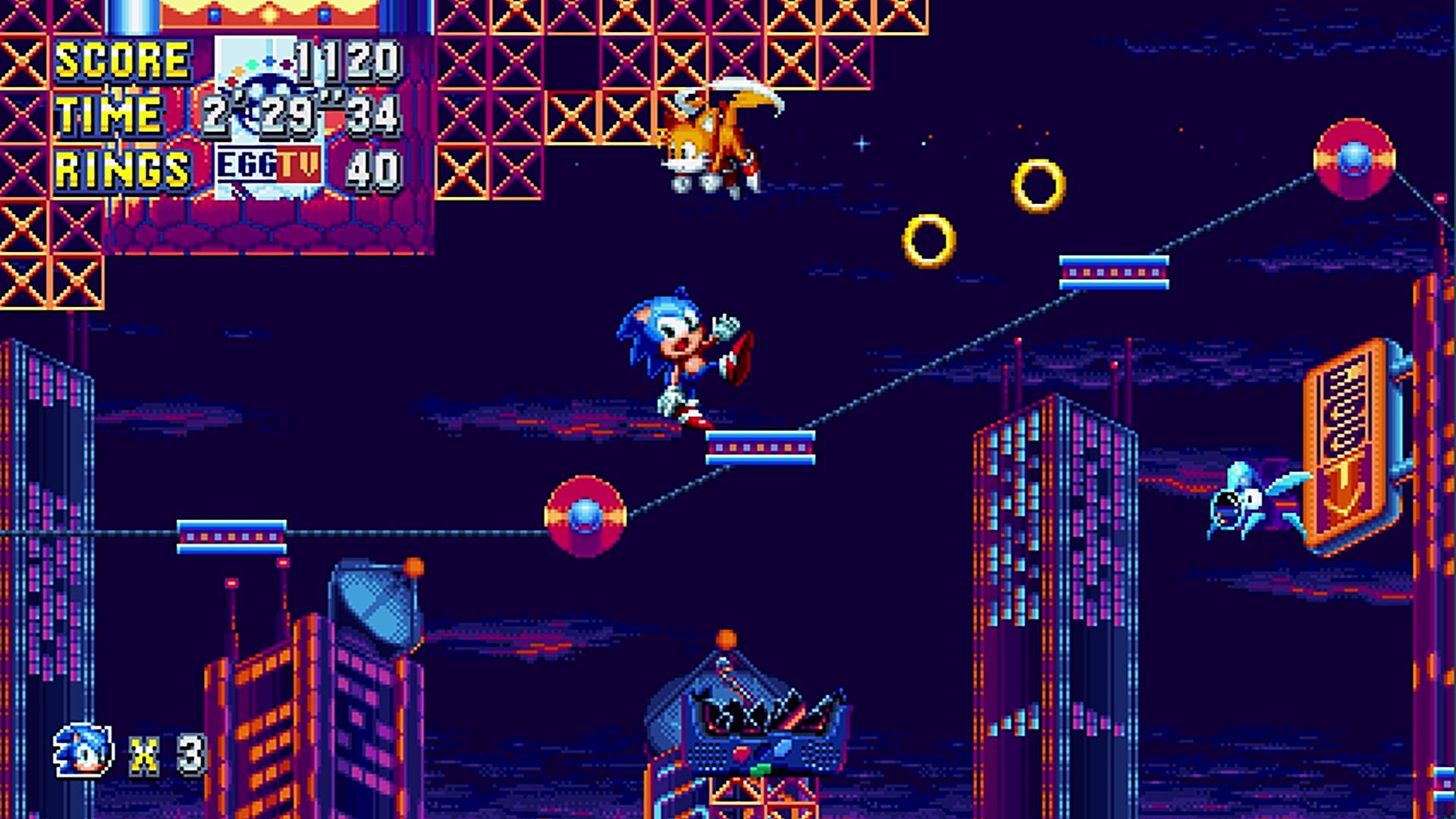 I’m not saying that Sega should stop making 3D Sonic games entirely; I’m saying that instead of working with Whitehead and company on a freelance basis, Sega should put them on the payroll and task them with reviving 2D Sonic in a new series that sees regular releases. Sonic Team is then free to do whatever wacky things it wants with mainline Sonic games, and fans who grew up with Sonic in the ’90s and only want the series to be good again are satisfied. Everyone wins!

Sega has a very obvious opportunity to revive the Sonic everyone knows and loves. It’s time to stop making these 2D appearances a one-off thing or tying them to 3D Sonic in the silly hope that we won’t mention how bad those 3D sequences actually are. Sonic the Hedgehog is one of my most beloved game franchises ever – give me a reason to shower you in money and I’ll do it, but I’m done spending money on 3D Sonic games in the hope that they’ll get better eventually.