Xbox 720 may be “always watching” with mandatory Kinect

One of the most terrifying prospects we’ve heard in the past few years surrounding a gaming console – or a computer of any type, for that matter, has been re-addressed this week with the Xbox 720. This machine has not yet been confirmed as even being in development by Microsoft as of yet, but another bag of tips has been revealed with specifications and features included with the device that may set your hair on end. The first and perhaps most important of these is the idea that the included Kinect camera need to be plugged in to the machine at all times – and that it’ll be watching you constantly.

The Xbox 720 has been tipped as currently being distributed to developers under code-name Durango. Under that code-name we’ve seen a collection of information leaks large and small over the past year or so, with quite a few more than usual stacking up over the past few months. Today a source is speaking with Kotaku about this developer unit complete with a note that the features included on this unit will, for the most part, be included on the final Xbox build as well. 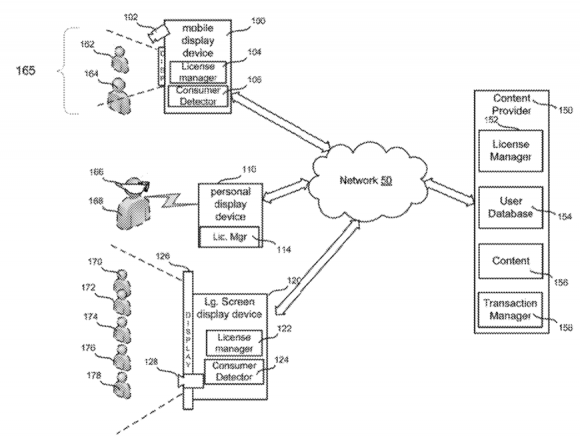 One element in play on this device appears to be a requirement for the new and improved Kinect camera sensor to be plugged in and active whenever you’re operating your Xbox. That’s all well and good, right? No harm in having a piece of the device plugged in as long as it’s not recording me playing Halo with uncombed hair, yes? Not if it has any implementation of Patent 20120278904 it’s not.

That patent application goes by the name Content Distribution Regulation by Viewing User. This application is for a “content presentation system and method” (the Xbox with Kinect, in this case) allowing content providers (Microsoft or whatever video company is participating) to “regulate the presentation of content on a per-user-view basis.” With this system Microsoft describes how “the users consuming the content on a display device are monitored so that if the number of user-views licensed is exceeded, remedial action may be taken.” 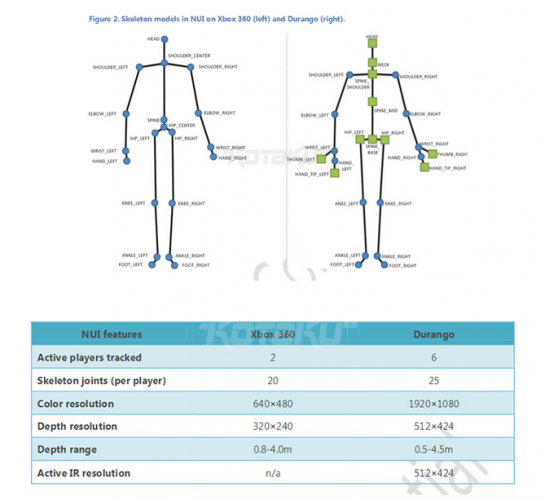 We must assume that this means the video being watched will throw up a warning sign, and now that the Xbox will explode into flame, of course. The same source as mentioned above has provided the image you see above this paragraph, this image coming from a specifications manual provided to developers (or so they say) here in the pre-release calm before the storm. This new Xbox 720 system will be able to not only see more “skeletons” than before (6 in one room!) it’ll have additional contact points – thumbs and all.

Have a peek at the timeline below to see more insights on what the Xbox 720 might bring later this year. And don’t forget – the Xbox 720 isn’t actually confirmed to in existence in any capacity by Microsoft as yet. We’ll hear from them soon – we hope!