Microsoft’s updated Xbox 360 consoles using “Jasper” 65nm process GPU chips are believed to be finally shipping.  Initially expected in August, the freshly fettled console – which requires less power and, it’s hoped, offers more reliability – has been identified via its new power supply, with a different connector and reduced output (down 25W to 150W).

Inside, the boards are marked as being made on 10-23-2008 Lot #0843X by Team FDOU.  As well as the new graphics chips, they also have 256MB of onboard flash memory (up from just 16MB) which will allow the NXE dashboard to load there rather than on the hard-drive or an external memory unit; it will also allow users to store saved games, XBLA games, videos or anything else.

Initial feedback from owners is that the console is running quieter than previous versions.  However third-party accessories such as the Intercooler, which fit between the console and the power connector, are not compatible thanks to the plug change. 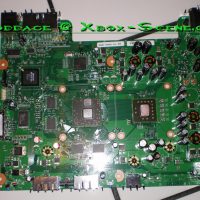 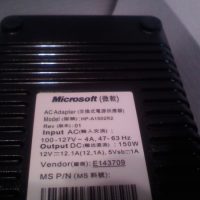 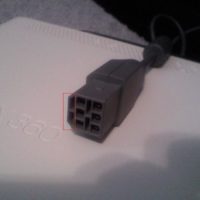