X37-B: Everything we know about this secret Air Force space mission

The United States Air Force X37-B Space Plane (one of two) takes off into orbit above Earth in its fourth secretive mission. The craft itself is not a secret – we know what it’s capable of. The contents of the craft are not entirely secret – we know MOST of what’s inside. What the United States Air Force is doing on this mission with the cargo they carry – that’s the question here. With one of two X-37B space planes headed to space with, amongst other cargo, 10 minuscule “cubesats” and a real deal Solar Sail, we’ll be interested to see what becomes of their testing and action.

Aboard an Atlas V rocket headed to space via the ULA is a United States Air Force-owned X-37B spacecraft.

The United States Air Force is the owner of both of the X-37B spacecraft we’re talking about here. This machine is 29-feet long, 9.5-feet tall, and has a wingspan of 15-feet. It’s pretty gosh-darn small. 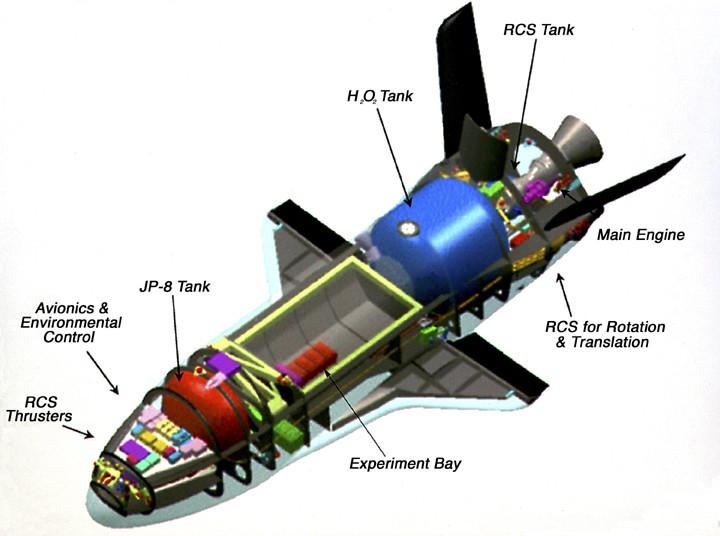 Its payload bay is no bigger than a standard country truck. It could haul a few small bails of hay, if the military wished it.

The X-37B craft is a reusable space vehicle, taking off and landing on an airstrip not unlike the now-retired collection of Space Shuttles as famously used by NASA.

According to Space.com, the Air Force suggests that no “space weapons” are being tested here.

“OTV missions allow us to examine a payload system or technology in the environment in which it will perform its mission,” said Air Force spokesman Capt. Chris Hoyler,

“The unique aspects of the OTV allow us to mature these new technologies and inspect them following the de-orbit sequence.”

The OTV Hoyler refers to is the mission name. This mission goes by the name “OTV-4” or “Orbital Test Vehicle-4.”

Also this mission’s Atlas V rocket are the following items: 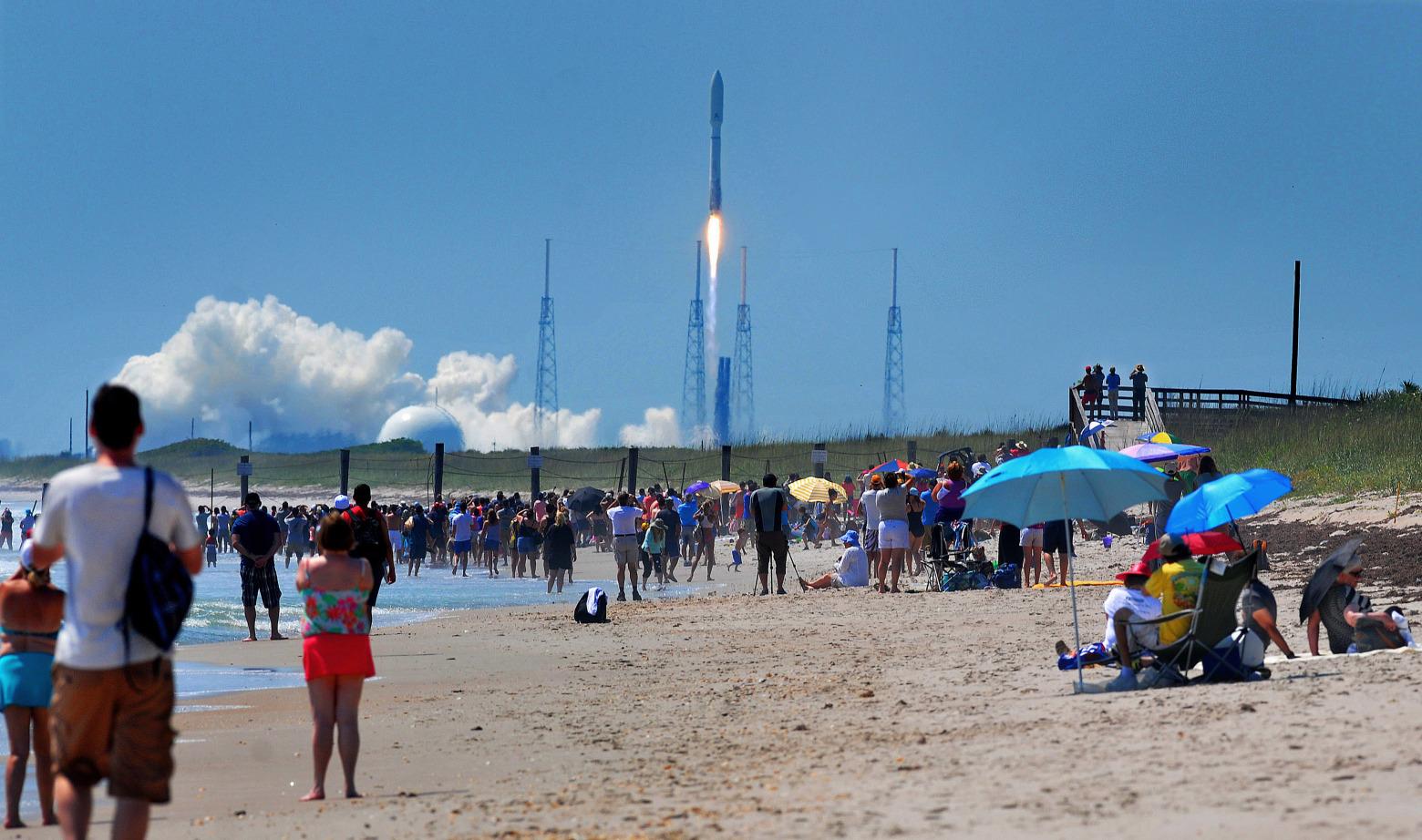 *1 The NASA materials investigation kit, also known as the Materials Exposure and Technology Innovation in Space experiment, will contain 100 different types of materials. All of these materials are being tested for exposure to space environments.

The results are aimed at designing future spacecraft. So it probably won’t be a bunch of packages of noodles.

*2: On the Hall thruster, Maj. Gen. Tom Masiello, commander of the Air Force Research Laboratory in Ohio, mentioned the following in a statement:

“A more efficient on-orbit thruster capability is huge. Less fuel burn lowers the cost to get up there, plus it enhances spacecraft operational flexibility, survivability and longevity.”

The most radical of contents in this mission is the solar sail, also known as the LightSail. According to The Planetary Society, the group that put the sail aboard the craft, this particular bit of the mission is already a success. 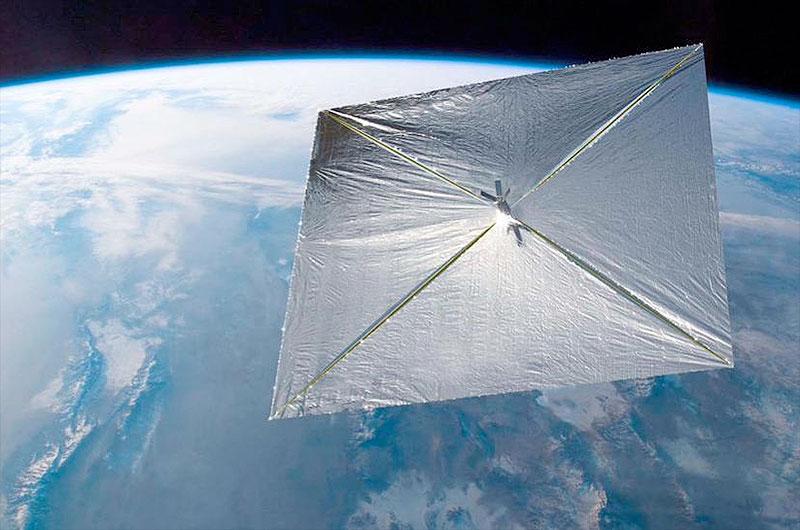 Above you’ll see an artist’s rendering of this solar sail far above the Earth.

Waiting to hear from #LightSail. We should get word from the mission control team within the hour! pic.twitter.com/s34g1US2H7

Above and below you’ll see the Planetary Society waiting for news of the launch and the launch itself – congratulations from the ULA, the launch group responsible for the takeoff of the Atlas V.

Stick around as we continue to watch for more news on the Solar Sail as well as the Air Force’s missions through the future.