Wyze made a name for itself with the launch of a $20 cube-shaped home security camera, and it recently brought attention back to that model with an update at the same price point. Now the company is back with yet another model, the Wyze Cam Pan. As the name suggests, this new model is capable of pan and tilt, greatly expanding its abilities for only ten bucks more.

Unlike the first two models, which are shaped like cubes, the new Wyze Cam Pan is rectangular. Also distinct from the other two is the addition of panning and tilting; the original models feature a simple manual hinge/swivel base. The benefit is apparent: you can remotely adjust the camera’s position.

The company retained the same aesthetic found in the original models, including a white body and a black circular lens housing. This model brings a number of new features, though, thanks in part to that pan and tilt ability. The camera has a 110-degrees per second rotation speed, 360-degree horizontal rotating, and a 93-degree vertical view. 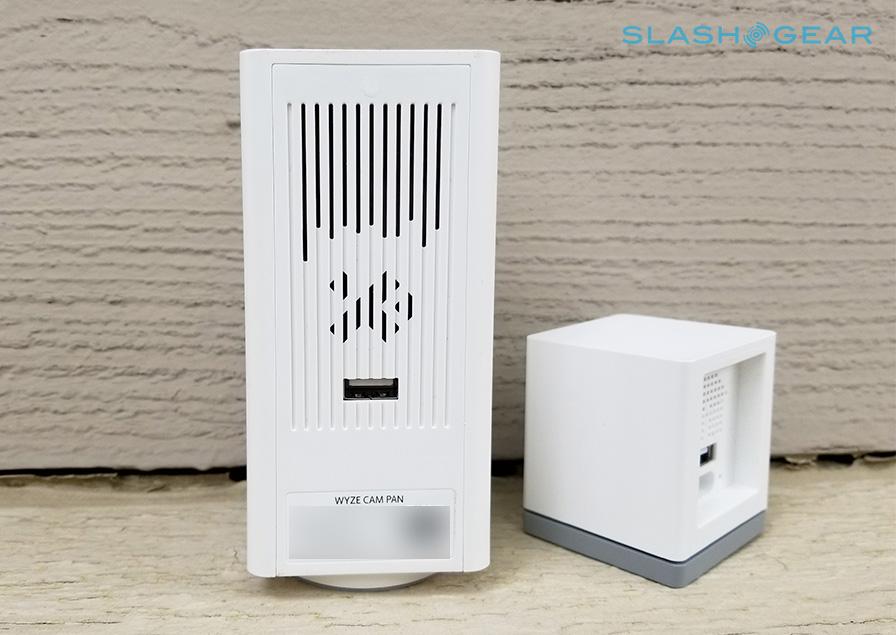 The features found in the regular Wyze Cam are present in the Wyze Cam Pan, including night vision, two-way audio, the ability to customize alerts, and free cloud storage.

The camera weighs a bit under 9 ounces and features two USB ports: USB-A and micro USB. Though you don’t get the magnetic mount found on the original camera, Wyze Cam Pan does include a standard 1/4″-20 screw hole for use with mounts, including a tripod.

A 1/2.7″ CMOS sensor is joined by an F2.3 aperture 120-degree wide-angle lens, 8x digital zoom, 6 infrared LEDs, a Class-K power amplifier, 128MB of memory, and a 6ft cord. The camera records in 1080p resolution, which is adequate for the majority of home security needs. Obviously, the camera isn’t waterproof and shouldn’t be placed outside. 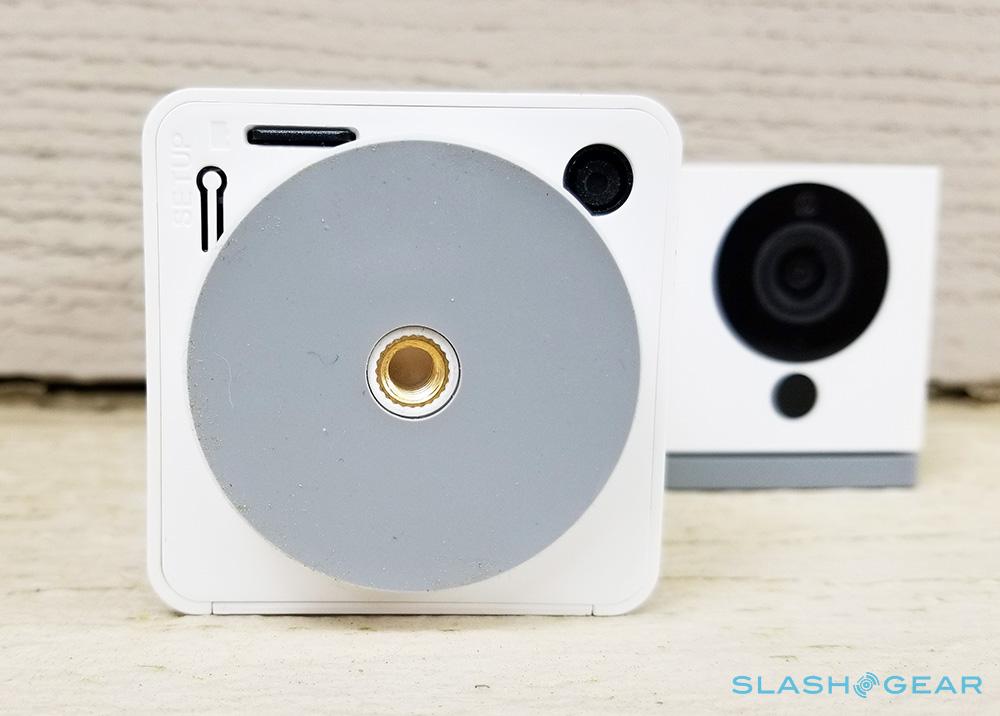 The Wyze app remains the same as it did with the Wyze Cam and Wyze Cam 2; you can read all about it in our original Wyze Cam review. There’s one big notable exception with the Wyze Cam Pan, and that’s the addition of a circular on-screen control wheel used to tilt the lens and rotate the camera’s body. Users simply tap one of four sections within the circle and the camera responds a second later.

The addition of that hardware feature brings a bunch of new software options, as well, including Pan Scan. With this, the camera can automatically scan the world around it, pausing for 10 seconds at each of up to four waypoints, to monitor the complete environment. 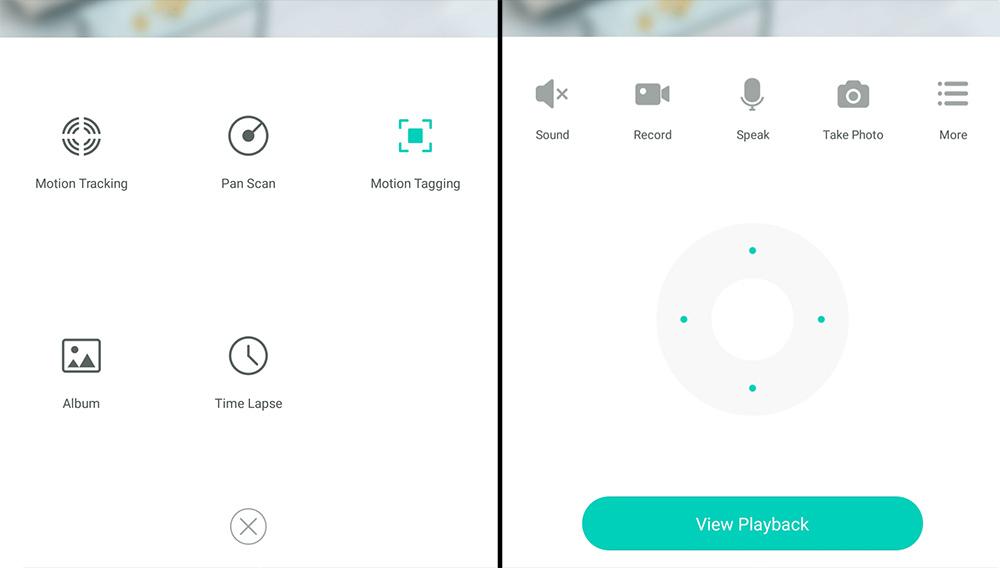 As well, Wyze Cam Pan supports automatic motion tracking, though the user can disable it in the app. There’s motion tagging, too, which highlights the motion in footage to help users identify what the camera sees.

As with the other cameras, users can store footage on a microSD card; there’s also free 14-day cloud storage with end-to-end encryption. The camera ultimately supports up to four triggers with sound, CO alarm, and smoke alarms also being possible thanks to IFTTT integrations.

Image quality is identical to the Wyze Cam 2, which brought updates over the original Wyze Camera. You can find our Wyze Cam 2 review here. 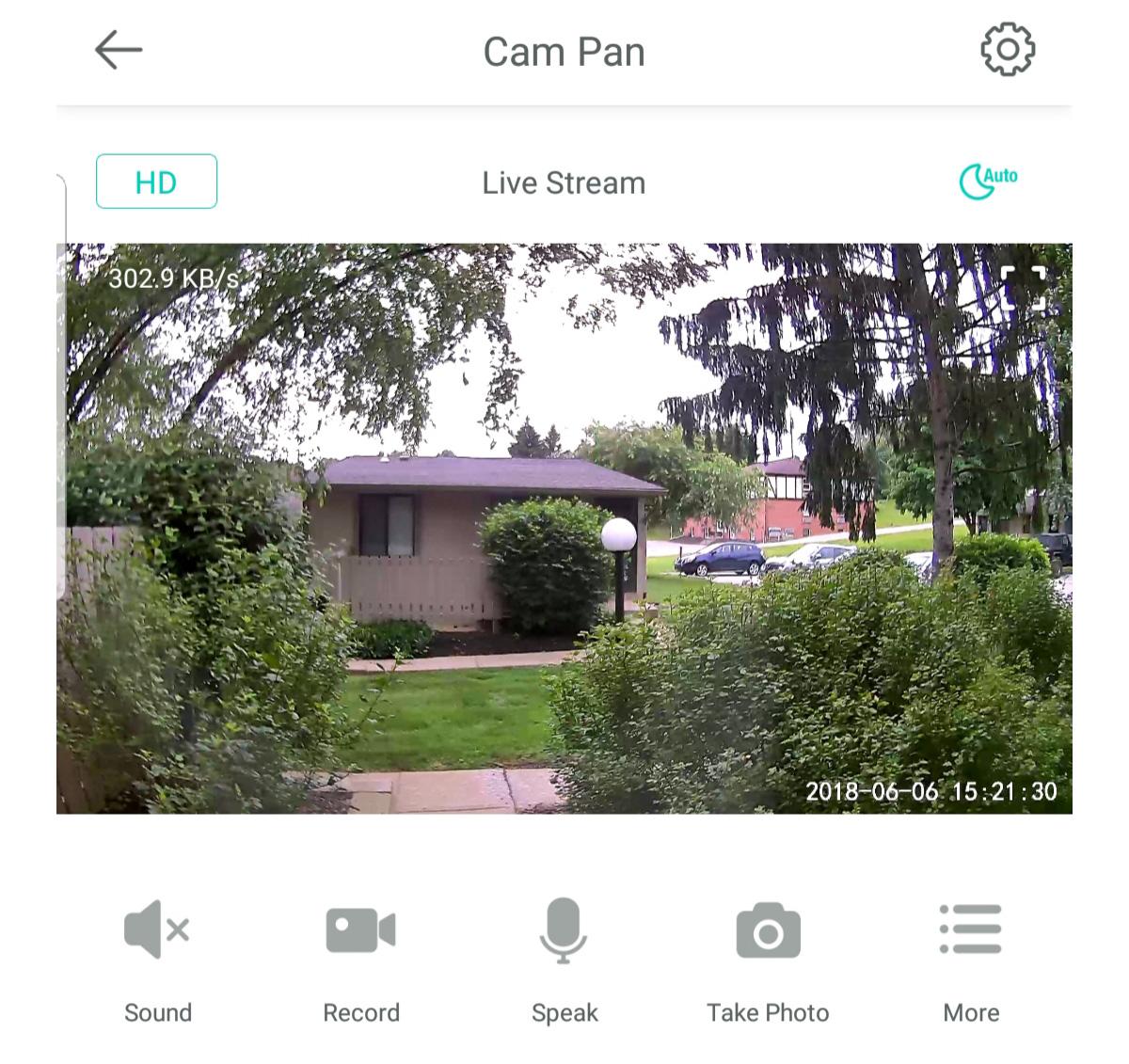 The Wyze Cam Pan is an excellent addition to the Wyze security camera family, adding an arguably vital ability that gives a number of new features. The ability to rotate the camera makes Cam Pan a good option for watching kids and pets in the home, as well as offering better coverage in homes with an open floor pan. The complete lack of bugs coupled with extensive features and a $30 price tag makes this model a no-brainer.

Wyze Cam Pan is available now for $29.99 USD from Wyzecam.com and Amazon.