The Freedom of Information Act is a funny thing. Because of this act, everyday average citizens are able to send requests to the government to attain documents that, by all legal means and rights, aught to be public. As such, once the nefarious individual known as Martin Shkreli was arrested by the FBI earlier this week, geographer Andrew Wiseman sent a request to the FBI to release to him the Wu-Tang Clan album “Once Upon a Time in Shaolin.” Why? Because Shkreli has it.

NOTE: If it wasn’t already abundantly clear, the above photo has been doctored by SlashGear. You can see the original in our first major breakdown of the sale of the Wu-Tang album.

After Shkreli was arrested, Wiseman and his compatriots “Michael” P.Saganopoulos, and Catherine M decided it’d be an awesome idea to see if they could make the most of the situation. By sending a letter to the FBI. You’ll see that letter below. 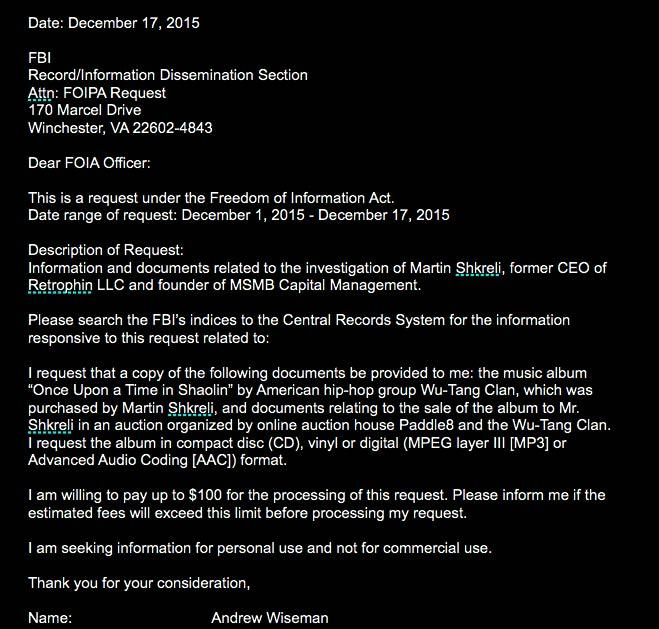 Unfortunately it would appear that the FBI did not seize anything other than Shkreli himself.

That might have been the end of this epic saga. And it is – sort of – for the album itself… besides the fact that the FBI responded to the call for the album on Twitter:

And the fact that Wiseman made a White House Petition to secure the release of the album. Things are getting strange now.

But this rabbit hole goes much deeper.

Apparently the photo of Shkreli being arrested, which you may or may not have seen, is part of another bit of controversy. Apparently, according Ken White of PopeHat, it’s possible that the government agency responsible for arresting Shkreli likely tipped Reuters off to the arrest before it occurred. 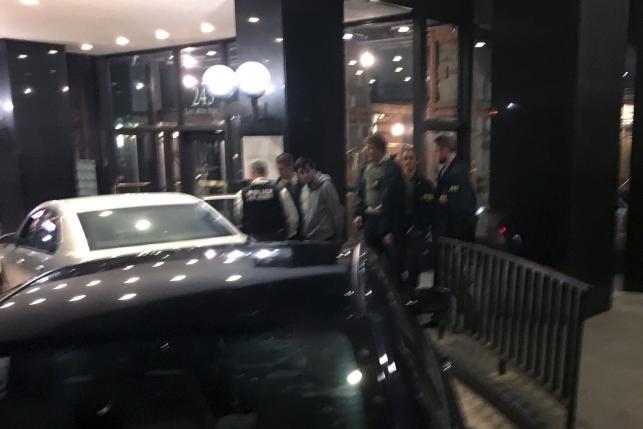 Above is that photo. All credit goes to Reuters, and “the photo credit on Reuter’s page gives Mr. Raymond himself the credit for the shot.”

Below you’ll find the quote that goes with it, courtesy of Reuters.

“Reuters witnessed Shkreli’s predawn arrest at the Murray Hill Tower Apartments in midtown Manhattan. Law enforcement, including FBI agents, could be seen escorting the hoodie-clad 32-year-old into a car.” – Reuters, re: the photo above.

The issue here, according to Ken White, is not that Reuters has the photo, but that they did one of two things, more likely the second:

A. Have incredible luck, to have been in exactly the right place at the right time.

B. Were tipped off by someone within the government about the arrest beforehand, but chose to comment not on the fact that they were tipped off, but instead only on the appearance of Shkreli as he’s being taken out to a car, being arrested.

From PopeHat, the following: 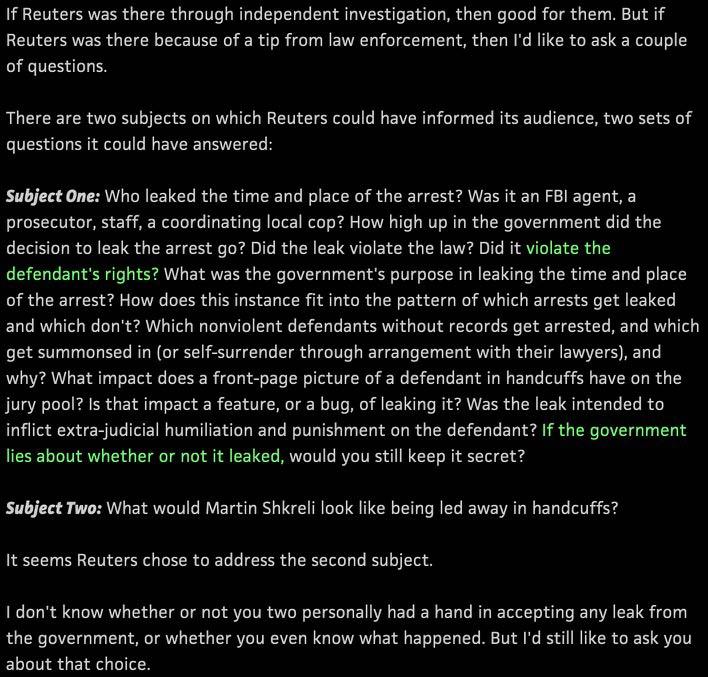 And even that isn’t the strangest piece of this odd epic. The real winner is the suggestion by a commenter on a BoingBoing story about the arrest photo. The rodent called Angusm says it was the Wu-Tang all along! 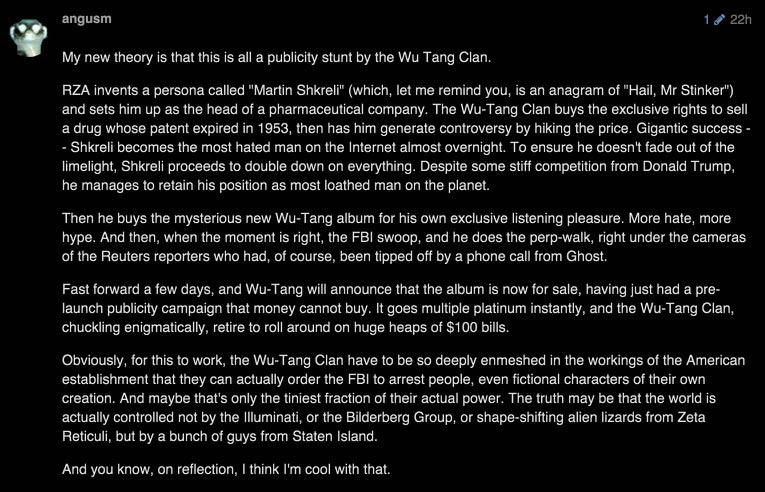 You know what they say about the Wu-Tang Clan.

They’re for the children.

UPDATE BONUS: Another oddity, just for fun – In one of a string of live streams of Sckreli’s life that he… appears to film of himself for no discernible reason… on the night just before the arrest he appears to take a call from a “Special Agent” but immediately hangs up. You can see the original video here on YouTube or watch just the clip in question below: