Wu-Tang is forever – and the album we’re talking about right now won’t be heard for another 88 years. This album goes by the name Once Upon A Time In Shaolin…, and is now the most expensive single album ever sold. It becomes such after it was “sold to an American buyer for an undisclosed figure in the millions”, this after an announcement earlier this year by the musical group that this album would be a one of a kind, unique, physical release. There can only be one, and that one will soon be locked in the collection of this unknown buyer.

We recommend you listen to the following sounds presented by the Abbot, the RZA, hosted originally on Paddle8, the auction house facilitating the sale of the album. According to Paddle8, “the buyer and seller agreed to the sale in May, and spent months finalizing contracts and devising new legal protections for a distinctive work whose value depends on its singularity.” The original sale was agreed upon in May of 2015.

The image you see above depicts the album leaving The Royal Mansour, and was captured by photographer Kamal Ait.

The album was recorded in the Wu-Tang Clan’s home – Staten Island, New York, aka Shaolin itself. According to Paddle8, “the album marks a return to “Shaolin” not only geographically, but sonically and symbolically too.”

The RZA suggests that the group will be donating a significant amount of the proceeds to charity.

“As this was never about personal gain but about the essence of value,” said the RZA, “we have donated a significant portion of our profits to a variety of charities including The Truth About Cancer to support their global quest for alternative cures for cancer, as well as to the Children Literacy Society to help inner city children learn to read and focus on academics.” 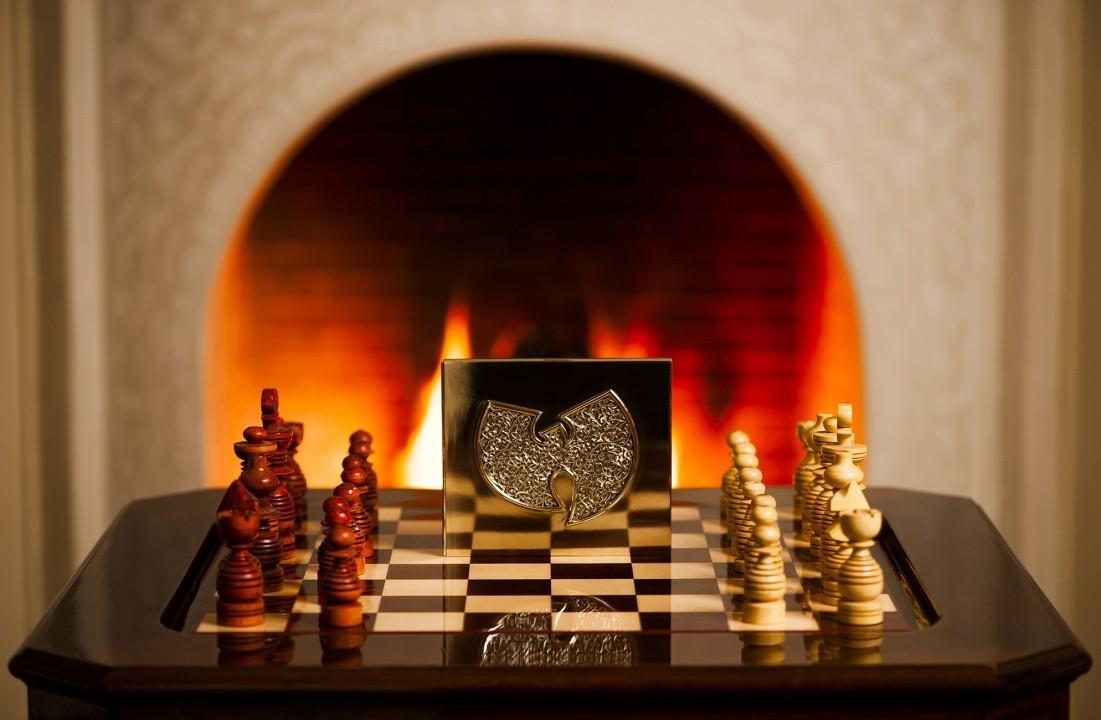 This album is described as “A sonic sculpture presented in a hand-carved nickel-silver box, it is accompanied by a 174-page manuscript containing lyrics, credits, and anecdotes on the production of each song, printed on gilded Fedrigoni Marina parchment and encased in leather by a master bookbinder.”

“Once Upon A Time In Shaolin… is a retrospective soundscape that threads 31 songs, skits, and stories into a 128-minute-long aural screenplay. Recorded in part in the Wu-Tang Clan’s home enclave of Staten Island, New York, the album marks not only a geographic return to “Shaolin”—the philosophical home of the Wu-Tang Clan—but a sonic homecoming as well.”

“In addition to the original Clan members, the work reunites the diaspora of MCs related to the Clan into a compelling narrative, featuring appearances from longtime Wu-Tang collaborators like Redman, members of an extended brethren including Killarmy and Sunz of Man, and the familiar scene-setting of long-time backing vocalists Tekitha and Blue Raspberry. Once Upon A Time in Shaolin… is produced by RZA and Tarik “Cilvaringz” Azzougarh, who has collaborated with Wu-Tang Clan since being discovered and introduced to The RZA by Ol’ Dirty Bastard in 1997.” 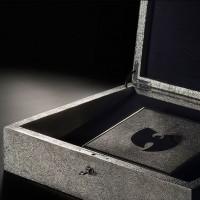 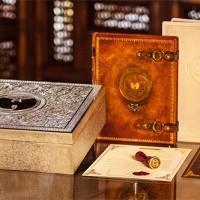 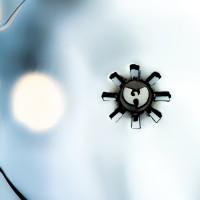 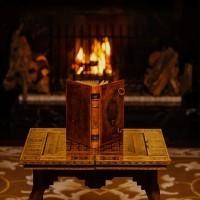 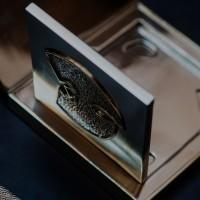 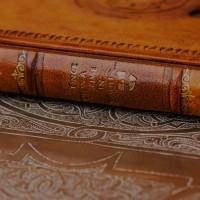 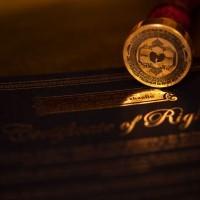 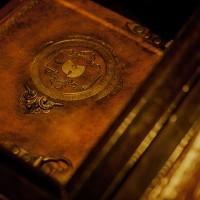 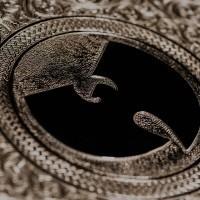 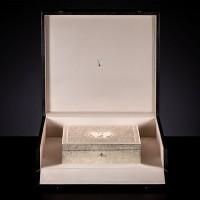 Above you’ll see each publicly released photograph of the album, its container, and its accompanying book.

Also included in the sale were “a pair of customized PMC MB2-XBD speakers worth $55,000, included after consultation with PMC.”

“The British company is synonymous with the highest recording values in the industry. With the addition of the speakers, the buyer is able to achieve the ultimate, museum-quality sonic experience with the same speakers that RZA and Cilvaringz used to master the album.” 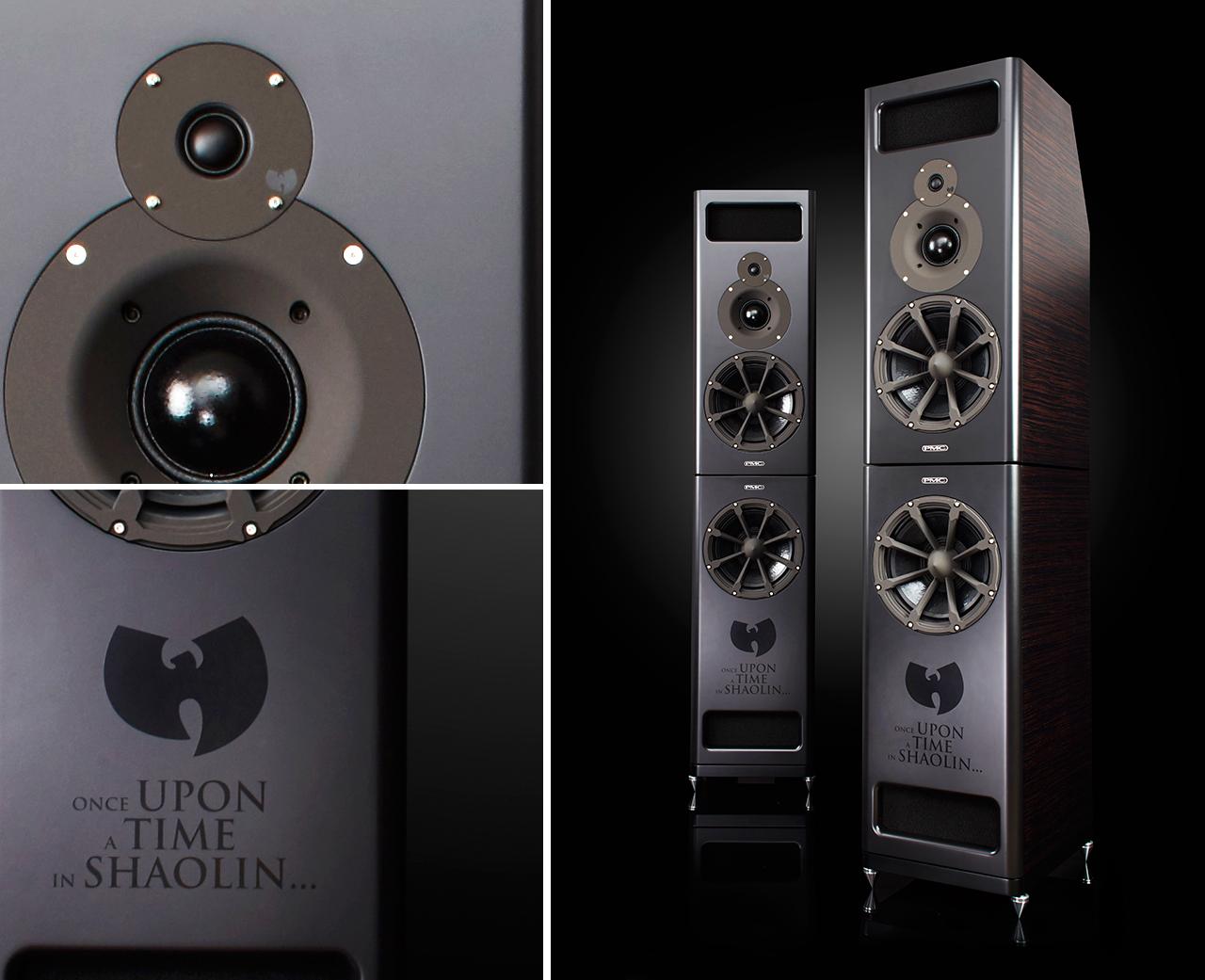 In the video below, you’ll see a recording of the RZA in collaboration with Wu-Tang Producer Cilvaringz and the Museum of Modern Art (MoMA) speaking about the album and its significance in the world of modern art.

While we might never know the full, exact price of the album, we do know that it’ll be a very, very long time before anyone – other than the buyer of the album – will be able to listen to it.

The agreement states that the buyer will not be able to release any of the contents of the album for 88 years after the final deal is made.

Some day. Some day! 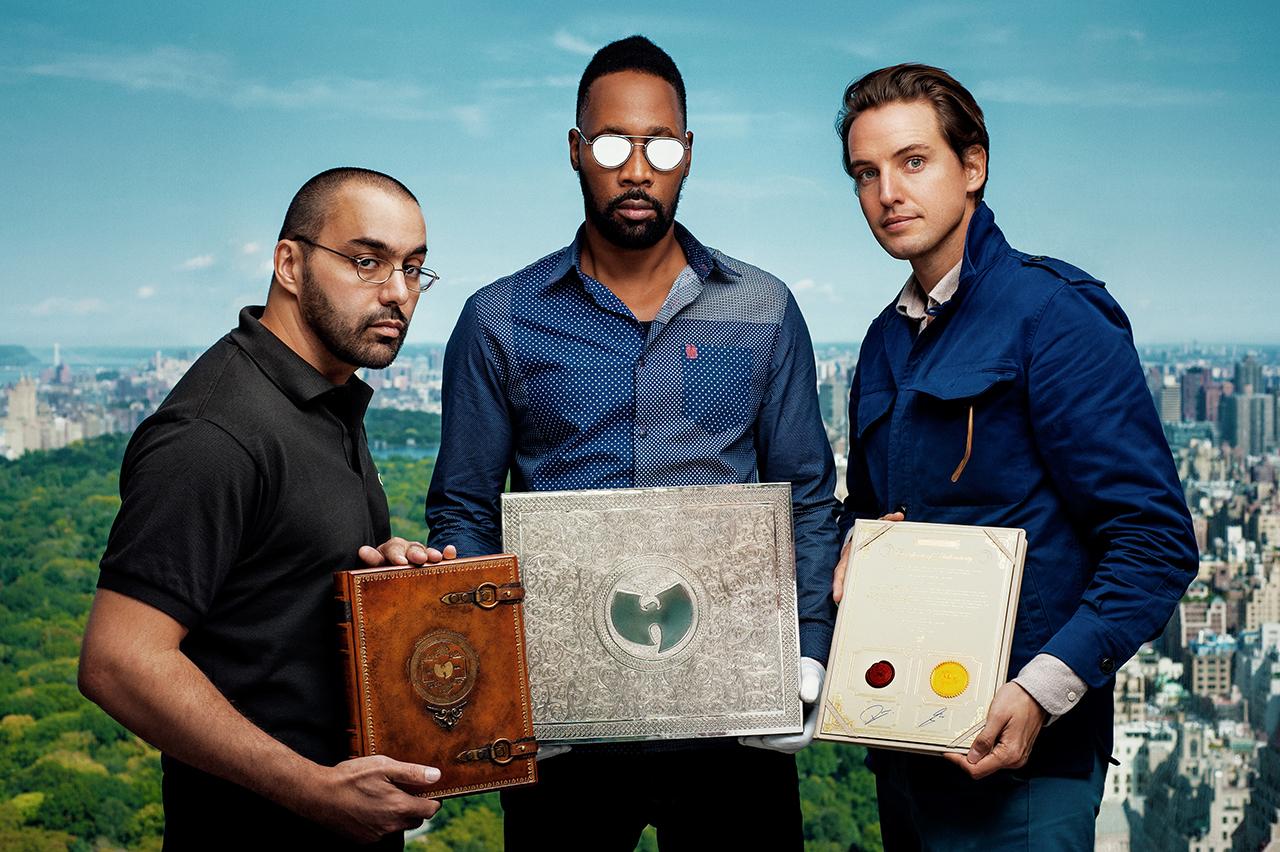