This is the trailer for Wonder Woman 1984, a movie that’ll be JACKED UP with popular culture points from the year 1984. If you happened to be alive back then, you’ll probably find yourself in an alternate universe, the likes of which you kinda… sorta remember. This won’t be the real world – the bits we’ve seen so far look like some sort of fever dream about the TV-centric 80s… not unlike Stranger Things, really.

Below you’ll see the trailer that’s the number one trending video on YouTube at the time at which this article is first published. This is less than a day after the trailer was first released, and it’s getting one massive amount of attention. Partially, we must assume, because Wonder Woman is a great character – but also certainly because people want to see what parts of 1984 this film decided to include.

Such a Thor: Ragnarok vibe, right? But why would Wonder Woman 1984 want to do an 80’s vibe like Thor: Ragnarok, when they could just copy Guardians of the Galaxy? Wasn’t Stranger Things the first piece of media in modern times to make use of the childhood memories of the adults that now subscribe to Netflix the most? Or is Wonder Woman 1984 a completely new sort of thing?

The part that we’re focusing on here is the point at which Wonder Woman and Steve walk out toward a large sculpture and talk about art. They immediately reach a garbage can, for comedic effect, but the point that’s important here is the larger sculpture.

This sculpture goes by the name “Brushstroke”. The artist behind this sculpture is Pop Art hero Roy Lichtenstein, American, b. New York City, 1923–1997. The medium is aluminum and paint, and it appears here at the Hirshhorn Museum and Sculpture Garden Collection. There are two issues with the appearance of this piece of art in this location at this time. 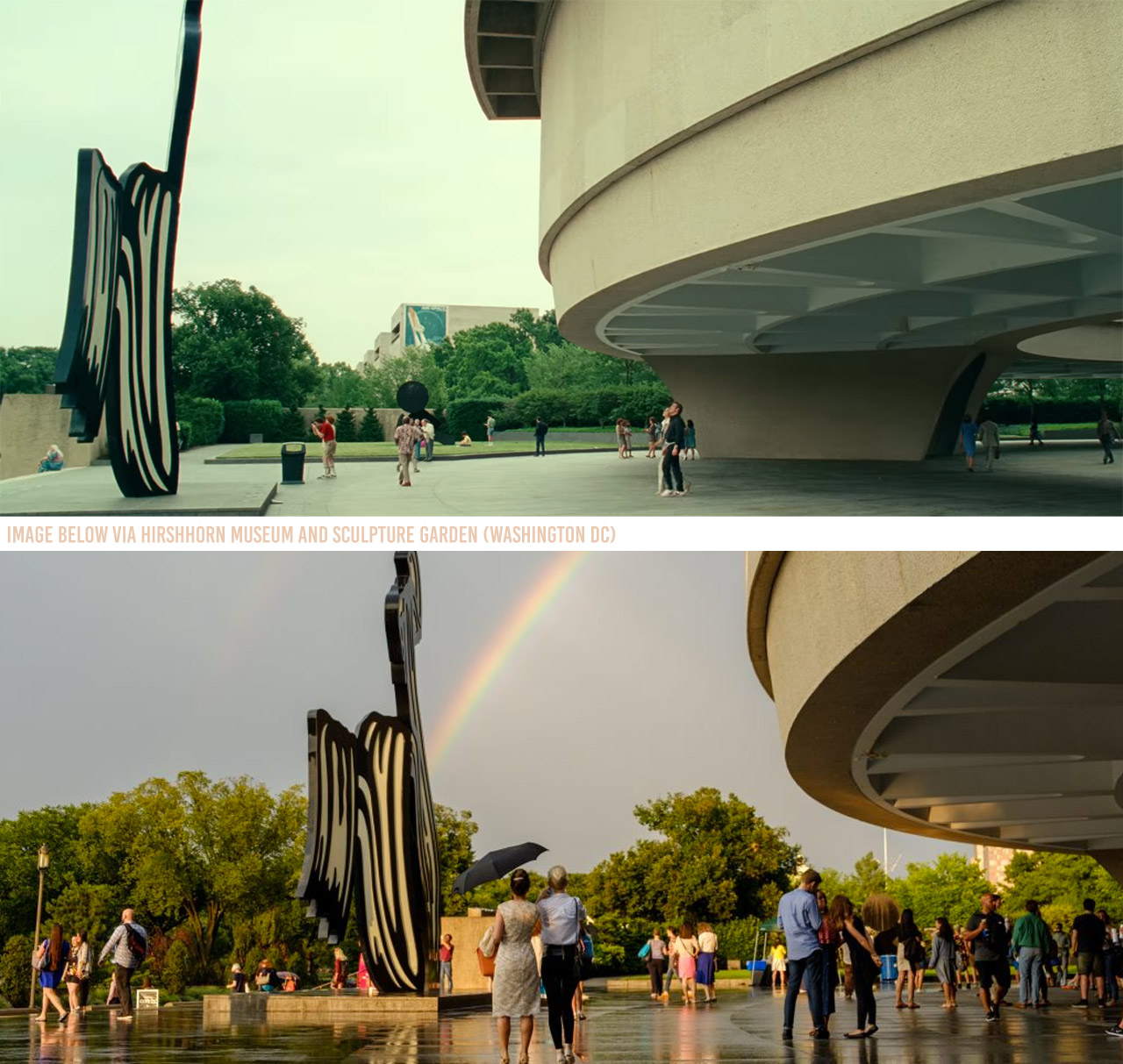 So the people making the film either knew that it wasn’t possible for this sculpture to appear here at this time, and didn’t care, or didn’t know. Or it COULD just be that this film does not take place entirely in the year 1984 – maybe it skips around a bit?

Wonder Woman 1984 will be released to theaters on June 5, 2020, in the USA. It’s directed by Patty Jenkins, based on Wonder Woman by William Moulton Marston and H. G. Peter. This film stars Gal Gadot as Wonder Woman, Chris Pine as Steve Trevor, and Kristen Wiig as CHEETAH!