Best Buy seems to be the go-to place for many companies to feature their products, which isn’t too surprising since Best Buy is one of the most popular electronics retailers in the US. Both Apple and Samsung have set up shop in a number of Best Buy stores, and now Microsoft is moving in to become roommates with the two other companies.

Microsoft plans to build Windows Stores in 500 Best Buy locations in the US, as well as over 100 Best Buy and Future Shop locations in Canada. These stores-within-a-store will begin rolling out starting later this month through September. These smaller stores will feature various Microsoft products, including Windows tablets, PCs, and phones, as well as Xbox products.

While Microsoft is calling these stores “Windows Stores,” they’re essentially just traditional Microsoft Stores, except they’re a bit smaller and will be housed inside of Best Buy stores. Other than that, it’s anyone’s guess as to why they’re calling them Windows Stores. They did say, however, that these locations will range in size from 1,500 to 2,200 square feet, which is much larger than other stores-within-a-store. 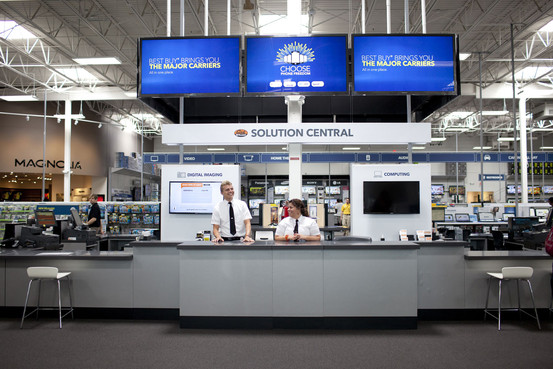 Of course, Microsoft is wanting to invade on Apple’s and Samsung’s property, and since Apple has laid its nest in Best Buy locations in the US, with Samsung just recently joining in, it makes sense that Microsoft is also getting in on the fun in order to stir up some competition on the brick-and-mortar front.