Just as Google introduced their own multi-user interface this morning, so too is Microsoft making it clear that they want to create an atmosphere for children specifically. This feature can be shut off completely if you do not want to use it – but once you’ve got it activated for your kids, you can program it to show only the apps that you want to show. When you’ve got a phone with a bunch of blood-filled apps on it, you don’t want your kids to see such things – parents and kids will both benefit from such a feature.

This feature was shown on stage by a set of three kids who literally ran screaming out into the limelight like fireballs. To drive the point home, they were given three Windows Phone 8 devices with Kids Corner activated. Right past the lock screen they went with a set of apps approved for them – simple and workable. 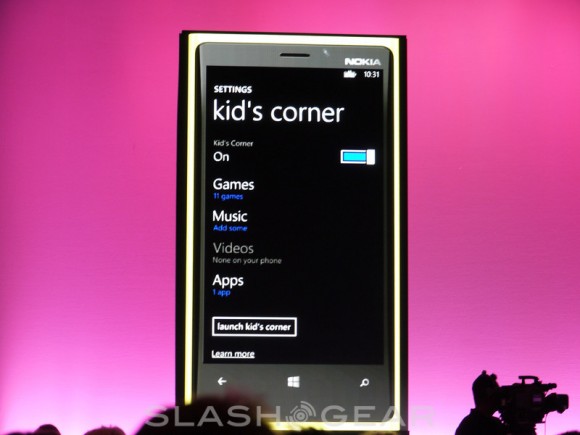 Jessica Alba showed this off in a video that made it clear that her kids use this feature all the time – stepping on stage to show it off, she first let it be known that she’d have been terrified to bring her own children on stage. WIth Jessica Alba on stage, it became clear that celebrity endorsements were not just limited to Samsung and Google. 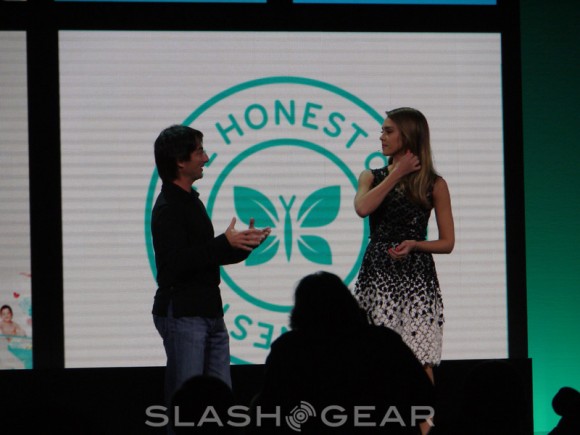