According to the Skype screenshot – shown below – Windows Phone 8 will support answering incoming video calls as either video or voice-only. There’ll also apparently be the ability to start a Skype chat directly from individual contact entries.

The new camera UI, meanwhile, continues Microsoft’s theme of simplicity, burying any settings under the slide-out menu. Instead you apparently get a dedicated zoom control and a couple of buttons, though of course Microsoft insists that its Windows Phone OEMs include a dedicated hardware shutter button too. 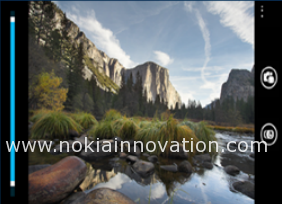 Finally there’s a feature borrowed from Symbian and Android, the ability to check data usage on a per-app basis. Limits can apparently be set, and a homescreen Live Tile used to monitor it continuously.

All of these shots could be reasonably straightforward to mock up – Microsoft’s pared-back Metro UI is easy to fake – so we won’t know whether they’re entirely accurate until Windows Phone 8 gets officially previewed later this month.