Microsoft has released a new, free tool to help restore inadvertently deleted or corrupted data, with the new Windows File Recovery tool promising to save your lost Windows 10 data. While you might think that, in this age of numerous cloud backup services, lost files would no longer be a problem, anyone staring forlornly at their recycle bin wondering where their latest folder disappeared to will know that’s not the case.

File recovery software isn’t new, but it’s often a less than pleasant experience to use. For a start, most developers of such apps know that their target audience is likely to be strongly motivated to fix a bad delete situation, and as such willing to pay handsomely for an app which promises to restore missing files.

Windows File Recovery for Windows 10, in contrast, is a free download from the Microsoft Store. It’s designed to work with Windows 10 version 19041.0 or higher, and will run on both x86 and ARM builds. It’s also a very small download: under 9MB, probably because it runs at the command line, Thurrott points out, rather than having a fancy UI. 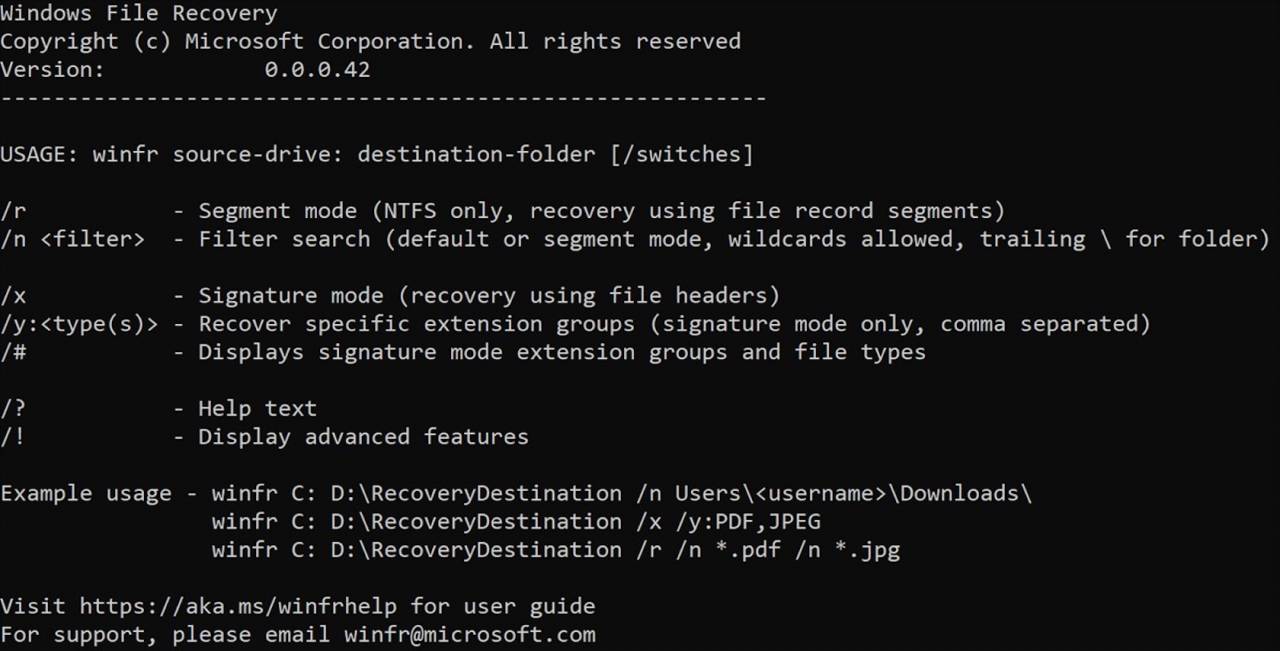 Instructions on how to use it are available on the Microsoft Support site, and it’s unexpectedly flexible. It’ll work with FAT and exFAT drives – such as SD cards or USB drives under 4GB in size – along with NTFS drives like HDD/SSDs, external hard drives, and larger USB drives. It’ll also work with the ReFS file system used by Windows Server and Windows Pro for Workstations.

There are three modes. Default mode uses the Master File Table (MTF) to hunt down lost files, while Segment mode doesn’t need the MFT bu does use NTFS segments. Finally, Signature mode – which is the only one available for external storage – goes looking for specific file types, though Microsoft warns that it won’t work on small files. It’ll also take the longest to run.

There’s the option to specify what sort of file you’re looking for – whether that be music, video, photos, documents, or something else – as well as searching by specific keywords like a filename.

Perhaps the most important advice, though, is to do as little with your PC between the time you realize a file is missing, and when you run the Windows File Recovery tool. “In the Windows file system, the space used by a deleted file is marked as free space, which means the file data can still exist and be recovered,” Microsoft points out. “But any use of your computer can create files, which may over-write this free space at any time.”

That makes downloading and installing the tool preemptively an even better idea, so that it’s ready and waiting just in case the worst happens. Unfortunately Mac users, as well as those wanting to recover from cloud storage and network file shares, will have to look elsewhere.