Windows 365 launches as the Xbox Cloud Gaming of PCs

Microsoft has launched Windows 365 today, putting Windows 10 and – eventually – Windows 11 into the cloud. The natural next step after remotely-hosted applications, this new “Cloud PC” category, Microsoft claims, will become instrumental in hybrid workplaces, as businesses try to grapple with employees working remotely and the practical and security challenges that brings.

“With Windows 365, we’re creating a new category: the Cloud PC,” Satya Nadella, chairman and CEO of Microsoft, said of the launch. “Just like applications were brought to the cloud with SaaS, we are now bringing the operating system to the cloud, providing organizations with greater flexibility and a secure way to empower their workforce to be more productive and connected, regardless of location.”

Effectively, Windows 365 loads the OS into a remote computer in Microsoft’s cloud, and then streams the entire thing to a user’s device. Businesses will be able to subscribe on a per-user, per-month pricing system, choosing what OS they want (when Windows 11 becomes generally available later in the year) and what sort of hardware. It’ll mean the ability for an IT department to scale up or down a remote Cloud PC system depending on user needs. 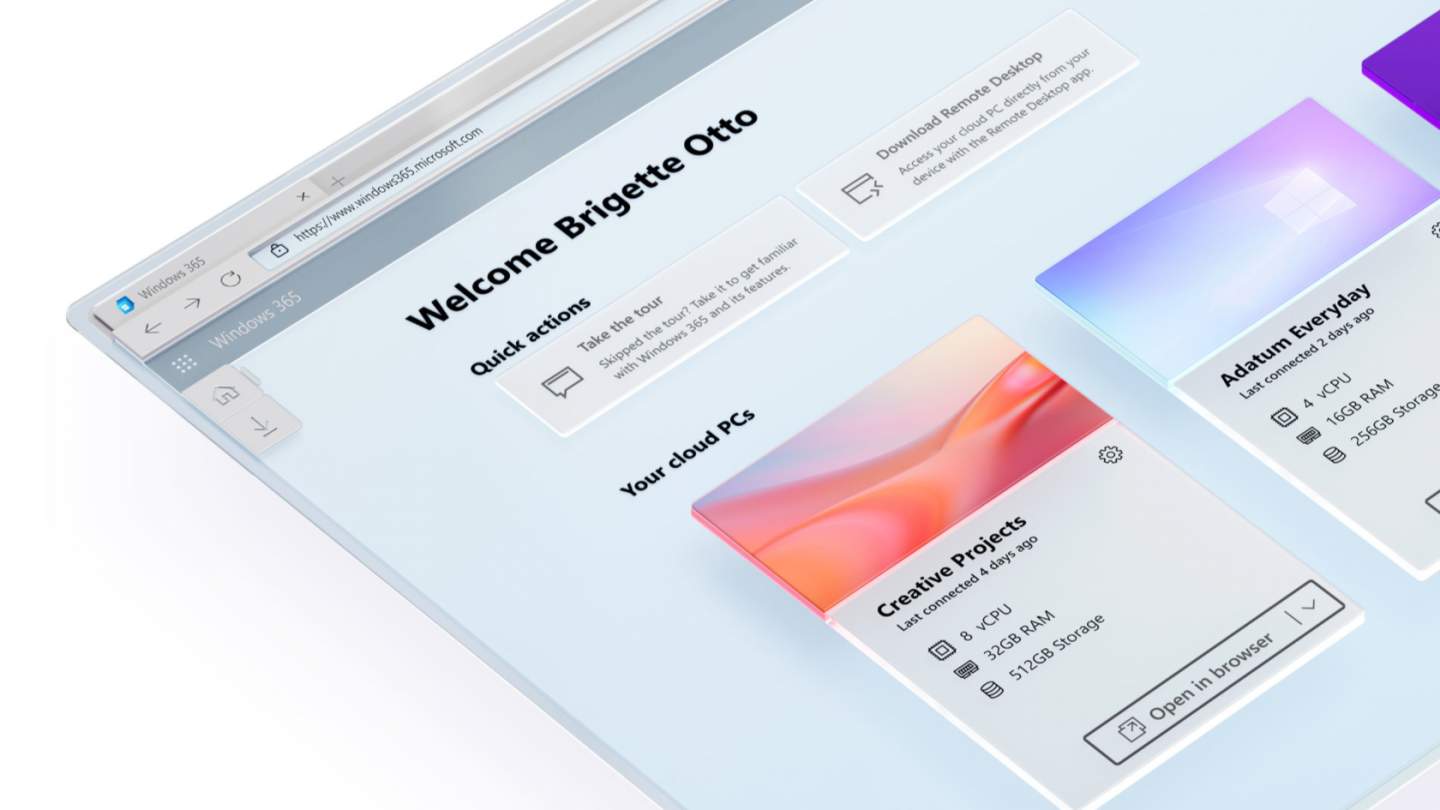 For the user, meanwhile, there’ll be an instant-on boot into their own Cloud PC experience, regardless of which device they’re accessing it on. Windows 365 will be accessed via a standard browser, it seems, which means you’ll be able to log in even if you’re on a Mac, a Chromebook, or something else. Information and files are stored in the cloud, rather than locally, so there’s no concern about inadvertently leaving sensitive documents behind on a shared PC.

While dealing with a greater number of people now working remotely is one obvious advantage for Windows 365, Microsoft argues that the system is about more than just handling the workplace fallout of the pandemic. “Seasonal workers can cycle on and off teams without the logistical challenges of issuing new hardware or securing personal devices — allowing the organization to scale for busy periods more efficiently and securely,” the company points out. “And companies can easily ensure specialized workers in creative, analytics, engineering or scientific roles have greater compute power and secure access to critical applications that they need.”

It’s not the first attempt to offer cloud-based computing services that eschew the local hardware you’re running them on, of course. Microsoft itself has Xbox Cloud Gaming, its subscription-based service that runs titles on a server of remote Xbox Series X consoles and then streams gameplay to computers, smartphones, tablets, and other devices; Google Stadia does much the same thing. Earlier this year Mighty promised the power of Chrome but hosted remotely, offering subscriptions to cloud instances of Google’s browser without worrying about the impact on local hardware.

Windows 365 will be available to businesses from August 2, 2021. Pricing will be confirmed closer to that point. As for whether a consumer version is in the pipeline, right now Microsoft isn’t saying.