The team behind Microsoft’s presentation of Windows 10 have done a fair job in making it appear that the entire experience will be slick. Not only easy, that is to say, but looking VERY similar no matter what device you’re using. The Photos app will exist in Windows 10 for desktop, Windows 10 for mobile devices (phones at least), and on desktop-like devices in-between. That’s convertible devices, tablets, and so forth. One system will provide cross-device browsing of photos and videos no matter where you happen to be.

It’s not as if this functionality is new. The cloud itself provides you the ability to see your media no matter where you are – just upload it and it’s there. Microsoft’s goal with the Photos app with Windows 10 is consistency.

Microsoft’s Joe Belfiore suggested this morning that every Photos app will have a simple connection to OneDrive for cloud uploads. Every Photos app on all Windows 10 systems will “aggregate all photos from all devices, giving you a simple view of all your photos.” 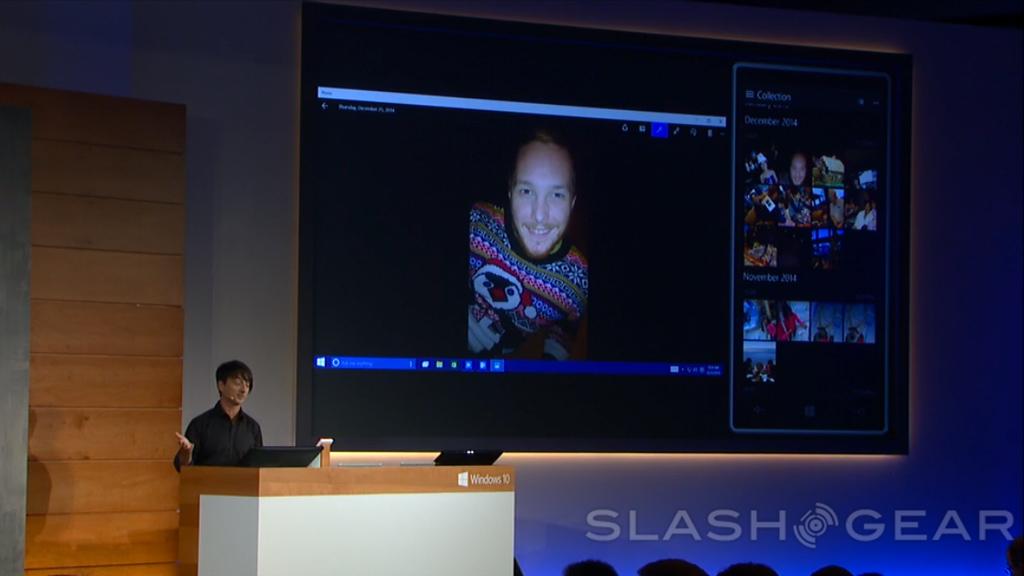 One example of the smooth system being put in place here is a “Collection” view. This view handles burst photos – putting them all in a stack. It also handles duplicates, asking you if you’d like to delete one or the other version of the photo or video, or if you’d like to keep both.

Photos will auto-enhance images you upload. You’ll have the choice of whether to keep an auto-enhanced photo or your original shot. 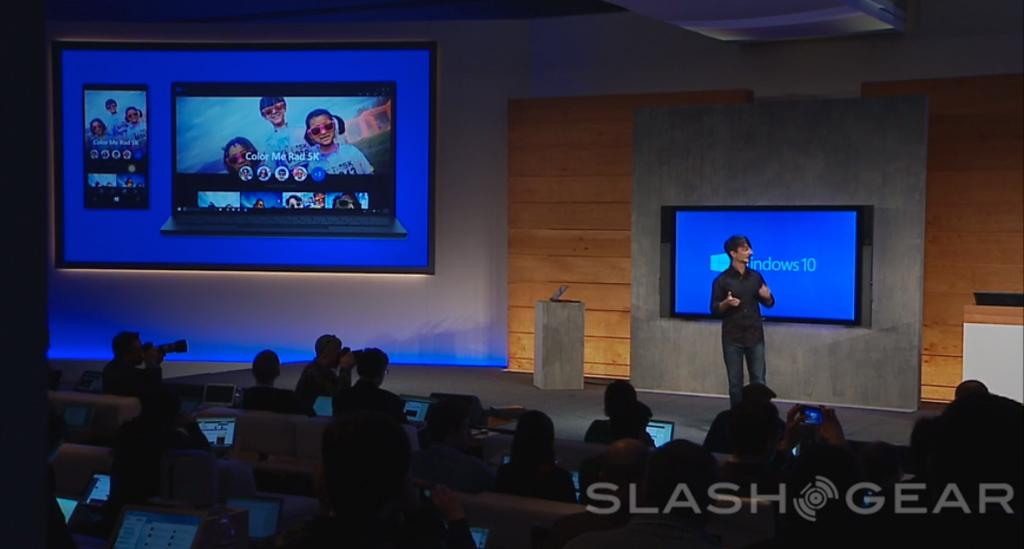 You’ll be able to share albums as well, giving whoever you’ve shared an album to access to a web-hosted (OneDrive-hosted) album for their perusal.

Photos is just one of several “Universal” apps coming to Windows 10. You’ll also see a revitalized People app, Music, and Maps as well.