Windows 10 now has a Magic Mirror hack of its own

We’ve seen our fair share of “magic mirrors”, practically one-way mirrors that have some display embedded within them to deliver a rather futuristic experience of reading your messages and seeing the weather in your bathroom. Even Samsung is game, just recently unveiling the first commercial installation of its Mirror Display in a Korean salon. Most of the mirror displays, however, are DIY projects undertaken by individuals with lots of time or patience or both. Not to be left behind, Microsoft has revealed its own “Magic Mirror” DIY attempt, utilizing a Raspberry Pi and, of course, Windows 10 IoT Core.

Microsoft’s Magic Mirror is admittedly different compared to others we’ve seen. It is definitely the most sophisticated, as it incorporates some personalization via facial recognition. Perhaps that is partly thanks to having more resources at its disposal, though Microsoft promises that the whole setup is low-cost and can be assembled by anyone. Well, anyone who has had an experience with these kinds of projects.

Like many other similar hacks and mods, this one utilizes a Raspberry Pi. An RPi 2 or 3 would do as both support Windows 10’s Internet of Things flavor. The setup also utilizes large two-way mirror acrylic sheets. Large and plural because they needs to cover the 23-inch LED-lit monitor that Microsoft recommends using. A deviation from the common bill of materials is the inclusion of an HD camera, which is essential to implement facial recognition.

Yes, this mirror will be able to identify your face. Although it sounds somewhat frightening at first, the capability is necessary to have different profiles for different users. After setting up and identifying a user based on the person’s unique “face ID”, the mirror can then proceed to display the user’s name and preferred set of data on the screen, er, mirror. Luckily for those who plan on mimicking this project, Microsoft already provides facial recognition API in its “Microsoft Cognitive Services.” 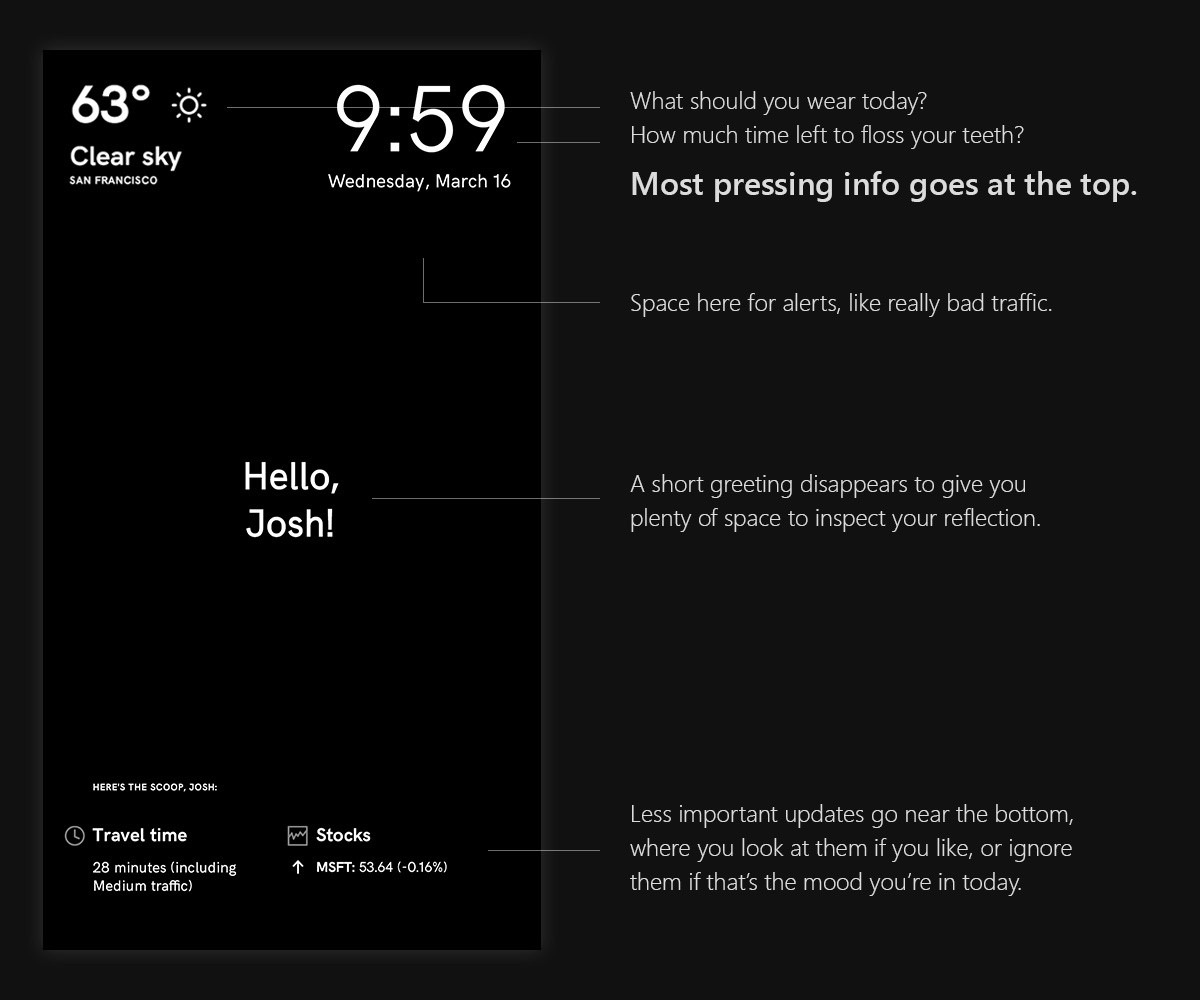 The Magic Mirror app itself is essential a web app written in HTML, CSS, and JavaScript, sitting on Microsoft’s Azure cloud service. This is then converted into a Universal Windows Platform (UWP) app to run on Windows 10 IoT Core. Microsoft has made the source code of the app available as open source and even gives the list of materials it used. Sadly, the assembly instructions remain empty as of this writing.