Boeing’s brand new 777X failed to make its first test flight today, after inclement weather forced the 777X First Flight to be rescheduled. Strong winds left the plane waiting for several hours at the end of the runway in Everett, Washington on Friday, before Boeing admitted defeat.

It’s an anticlimactic end to what was meant to be a milestone moment for the 777X. Boeing had hoped to see it take off, fly briefly, and then return to the runway, all the time gathering up telemetry data to see how the plane performed. However it also needed wind speeds of less than 20 knots in order to get the green light. 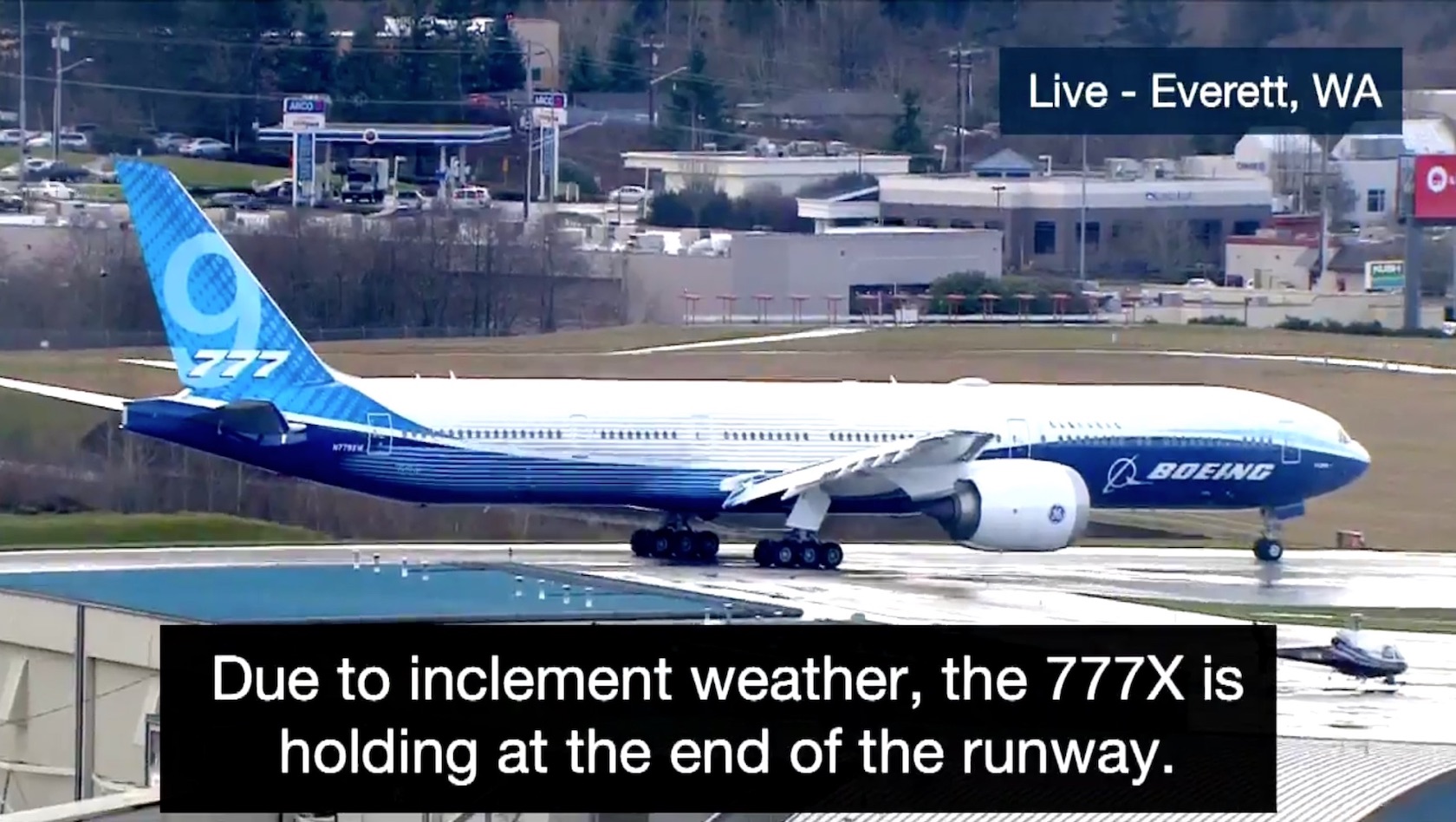 By around 1:30pm PT, however, the unfavorable weather left little hope of a successful take-off. With winds rising, Boeing took the decision to table the test, and the 777X taxied back to the hanger. For the aircraft’s first proper flight, the risks of attempting it in anything but ideal conditions just wasn’t a possibility.

It’s a big plane, but then again there’s plenty riding on it. Following on from the 777, the 777X introduces new composite wings with folding wingtips, which Boeing says should deliver a higher lift-to-drag ratio. They’re also bigger than the 787 wings, while usable fuel capacity has also increased.

The foldable wingtips, meanwhile, are designed to pivot in around 20 seconds. 11 feet in length, they allow Boeing to have a bigger wing overall, yet still fit into the same size category of the current 777. 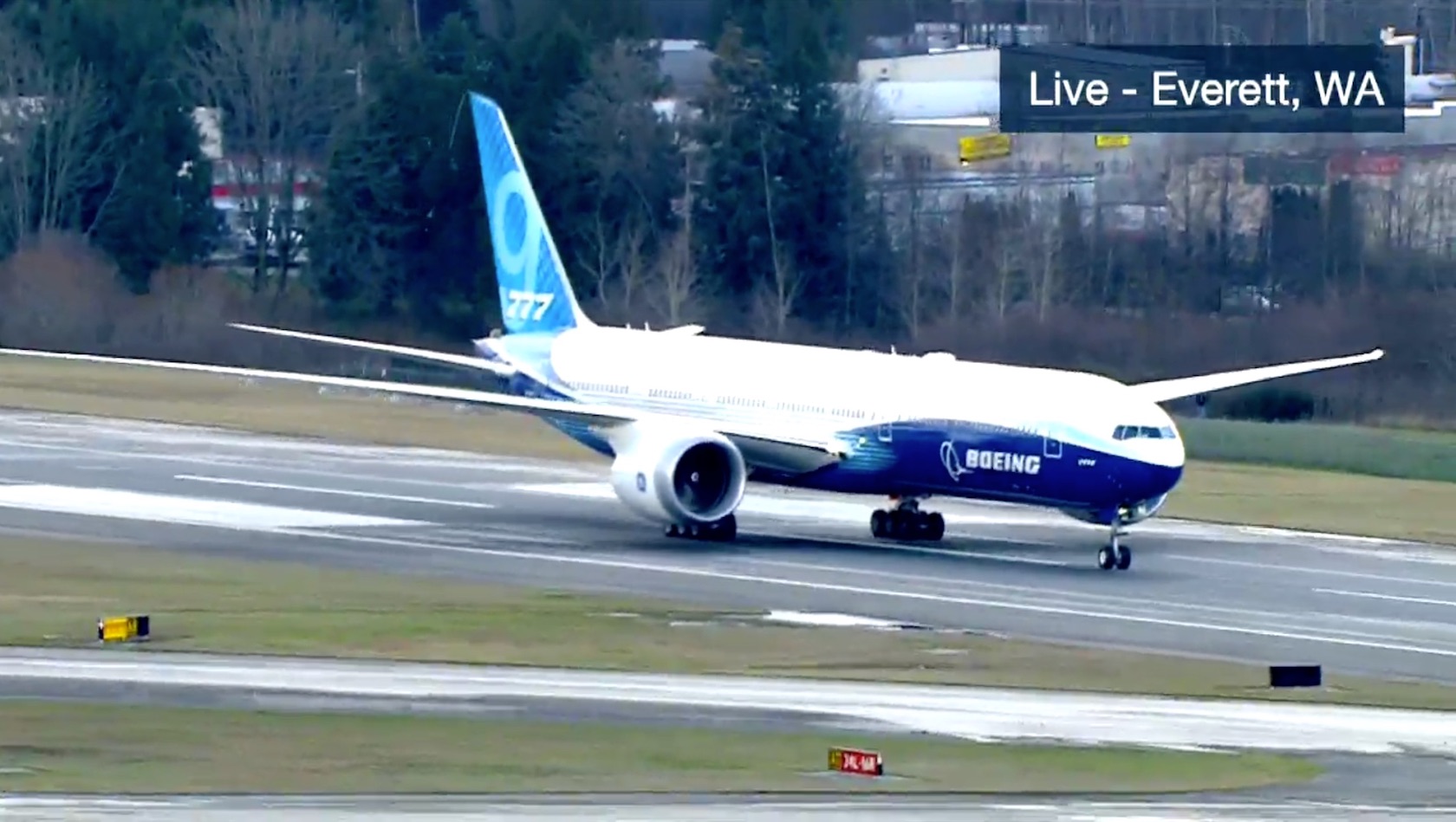 Then there are the engines. Boeing is using the General Electric GE9X, the largest fan to be offered by GE Aviation. The aircraft-maker says they’re also the quietest GE engines ever produced, and have the lowest NOx emissions too. On a per-pounds-of-thrust basis they should be the most fuel-efficient from the company as well, with a 10-percent improvement in burn rate versus the 777-300ER’s GE90 engines.

There’ll be two versions of the aircraft initially. The 777-8 is expected to seat up to 384 people, and have a range of 8,690 mmi, while the 777-9 will seat up to 426 and have a range of 7,285 nmi. Both will have wider cabins then the old plane, complete with larger windows and higher ceilings. Twin-aisle in layout, it’ll support up to 10 seats per row in economy. Deliveries are expected to begin in early 2021.

Today’s failure to complete the first flight test is a blow. Boeing could do with a win, after all. The saga of the 737 MAX continues, with airlines pushing back their flight plans as efforts to get the troubles aircraft back into the sky take longer than expected. Earlier this week, Boeing confirmed that the 737 MAX was unlikely to fly again until at least the middle of 2020, and that as a result it would be halting production of the plane.