Will Google Glass Help Us Remember Too Well?

When Google sent BASE jumpers hurtling from a blimp as part of the first day Google I/O Keynote presentation, I was barely impressed. The jumpers were demonstrating the Project Glass wearable computer that Google is developing, and which I and just about all of my friends are lusting over. I had seen plenty of skydivers jumping with wearable cameras strapped to them. Then the Googlers landed, and another team started riding BMX bikes on the roof of the Moscone center, where the conference is being held. Yawn. Finally, climbers rappelled down the side of the building. Ho-hum. The point seemed to be that Google Glass was real, and that the glasses would not fall off your face as you fell onto San Francisco from a zeppelin. But then Google showed something that blew my mind.

It was a simple statement. Something to the effect of ‘Don’t you hate it when you see something cute that your kids are doing and you say to yourself: I wish I had a camera.’ Sounds innocuous enough, but that one phrase changed everything, and it may shape more than the future of computing. It may shape memory as we know it.

Until now, I had imagined Project Glass as a sort of wearable cell phone. Where phones have fallen short of delivering a great augmented reality experience, a head-mounted display with a translucent screen might fare much better. Augmented reality improves navigation, local search, and even social functions almost exponentially. Project Glass seems like the first product in a broad future of wearable computing products.

But even as I have drooled over Glass in the past, it never truly occurred to me that Google might mean for Project Glass to record everything. EVERYTHING. Your entire life. Before we think about the implications, let’s discuss why this is completely possible.

How much data would it take to record a life? That depends on a lot of variables. Are you recording in 1080p? 4K? What audio bitrate? Audio and video, or location data, too? Do you record the moments when you are watching your own recordings? When you’re driving on your commute? Watching a movie or TV?

Let me offer a ballpark figure. 4.5 Petabytes. That’s my educated guess for the storage it would take to record every waking moment of my life. Forty-five Terabytes a year for 80 years. That’s based on a ‘high-profile’ video recording rate of 15 Mbps, and 6 hours of sleep every night.

Is that an insane amount of storage for anyone to possess? Not for long. I have on the tip of my finger right now a tiny microSD card with a 64GB capacity. Yesterday, this card did not exist, and a 32GB card would have cost a couple hundred dollars. Today, a 32GB card can be had for about $1 per Gigabyte. Tomorrow, we’ll have 128GB cards, and I believe the microSDXC standard tops out at 2TB or more. Within 10 years, I would bet that a Petabyte of storage, which is a million Gigabytes, will be completely affordable, either in a compact form or via a remote (cloud) storage host.

So, by the time my 3 year old is in High School, he’ll have access to the technology to record his entire life. I cannot begin to fathom the perspective he would have. It would change everything.

[aquote]When we can review a video of every memory, will that destroy nostalgia?[/aquote]

Of course there are privacy concerns, and legal issues. But what has me curious at the moment are the ways such technology will shape nostalgia. I love nostalgia. I’m a big fan. Nostalgia is one of the most fun games we can play with our own lives. When we can reference a first-person video of every memory we have, will that destroy the value of nostalgia? Will the term become meaningless?

Think of your earliest memory. In your mind, how do you see yourself? Do you see your arms and hands reaching out in front of you? Or do you imagine yourself fully formed, in the third person? It’s a strange phenomenon that we remember ourselves from outside our own bodies. But technology like Project Glass may change the way we approach even our own memory storage. Is there a biological imperative, a psychological reason why we imagine ourselves this way? Is the disconnect necessary? I don’t know. But if I’m forced to imagine myself only in the first person, I know it will change the way I remember my entire life. 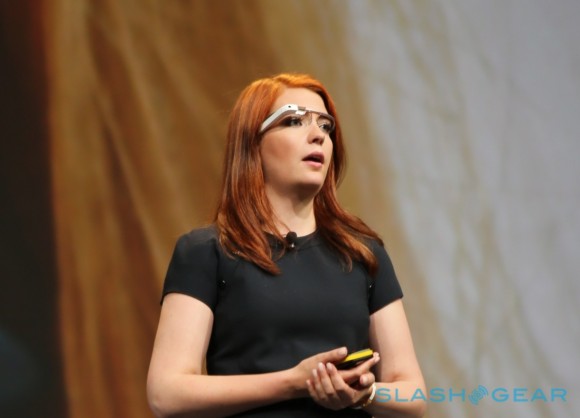 I’ve also heard the question raised of whether we will continue to remember at all. Certainly memory is an evolutionary trait. We are not likely to cease all memory function in a few decades simply because a technology helps us record everything we see and hear. But memory is also a learned skill. We learn to categorize and associate our memories. We learn what is useful for long-term storage, and what is best forgotten. Our mind has defense mechanisms in place to protect us from painful memories, and emotional triggers to spotlight and gild our best moments. What happens when we reduce all of these moments to a high-definition video played back on a computer screen?

One of my favorite moments from my youth is the night I met my first long-term girlfriend. We were at a party, but outside on the street, sitting on the spoiler of my car. It had just started to rain, and we were covering ourselves with a small foam floor mat that my father used in the aerobics classes he took. We talked for a few hours and really hit it off. I don’t remember anything we said, but I remember that my friends inside were impressed that I had done so well.

I hope that I will always have in my mind the feelings associated with that night. But if I played back the conversation, I’m sure it would destroy the memory. It was drivel, and melodramatic high school prattling, and the most obvious flirting nonsense. Outside of my own head, it would be embarrassing and cringe-inducing. It would be evidence against me.

Isn’t that adolescence in a nutshell? And early adulthood? And, well, all of life? Life is embarrassing. That’s why embarrassment makes us laugh so hard, because we can relate. We’re all horrible actors on our own stage. While I love the idea of Project Glass, and I can certainly see the advantage of having a camera recording all of those lost moments, there are too many moments that should stay lost. I would rather have them rattling around in my head than on my TV screen. I’d rather see myself from the outside, or remember the event from deep within, than have an accurate depiction of what my arms were doing, and how I sounded as the words spilled out of my gullet. I hope we don’t lose the ability to get it wrong, somehow, because memory is so much more interesting when it’s imperfect.