Google has demonstrated a Google+ Hangout beamed from Project Glass, with company co-founder Sergey Brin interrupting Vic Gundotra’s keynote presentation to share live footage from skydivers overhead IO. “This is one of the things we’ve been experimenting with Glass, the ability to really share” Brin said, “we’ve shown photos but this is something we haven’t tried” as the two Glass-sporting skydivers leapt from a blimp flying above San Francisco.

“They’ve got to get to the right place so that they can hit the roof” Brin pointed out, as the amassed developers waited to see the skydivers jump from the blimp. The parachutes opened and the divers landed directly onto the roof of the Moscone Center. 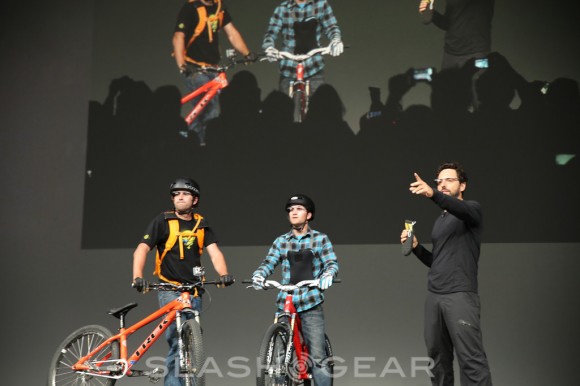 “It’s a pretty big roof, actually” Brin said, “which is good for their landing.” The divers we met by a number of stunt bikers, who then proceeded to jump ramps between the roof levels – all wearing Project Glass – and then pass information to another person who promptly abseiled down the side of the Center.

The streamed video came directly through Google+’s Hangouts feature, which allows multiple parties to collaborate on a video call. Technical details – such as which mobile network was being used – wasn’t shared, but this is definitely one of the best stunts we’ve ever seen from a keynote. 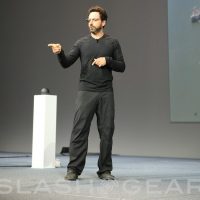 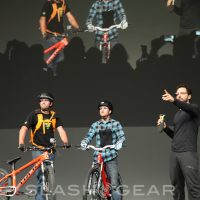 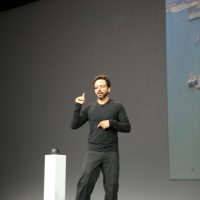