Wi-Fi EasyMesh aims to break the walls between mesh networks

Mesh WiFi systems promise to spread wireless internet access to every dead-zone in your house or office, but now the Wi-Fi Alliance wants to make them play nicely together, too. Systems like Google Wifi, eero, and Linksys Velop are all designed to support multiple units – or mesh nodes – to which your phones, laptops, consoles, and IoT gadgets connect to for ubiquitous coverage, but so far you’ve had to commit to one brand.

Now, there’s the possibility of that lock-in being lifted. The Wi-Fi Alliance – which controls the WiFi specifications – has announced a new standard, Wi-Fi EasyMesh. If supported by mesh router manufacturers, it would mean routers from different companies all being able to intercommunicate.

Right now, if you buy a Google Wifi system, you can only expand it with other Google Wifi nodes. If Google was to add Wi-Fi EasyMesh compatibility, however, then your existing Google Wifi setup could work with any other EasyMesh-compliant node. Obviously that’s a little more complicated than single-router WiFi has been so far, and so there are plenty of configurations supported.

Wi-Fi EasyMesh assigns one device as the controller, and every other node as an EasyMesh agent. The controller is responsible for managing and coordinating agent activity throughout the overall network. For clients – that is, your laptop, phone, tablet, or any other device – the link to the nearest, fastest agent is handled automatically and invisibly to the user. 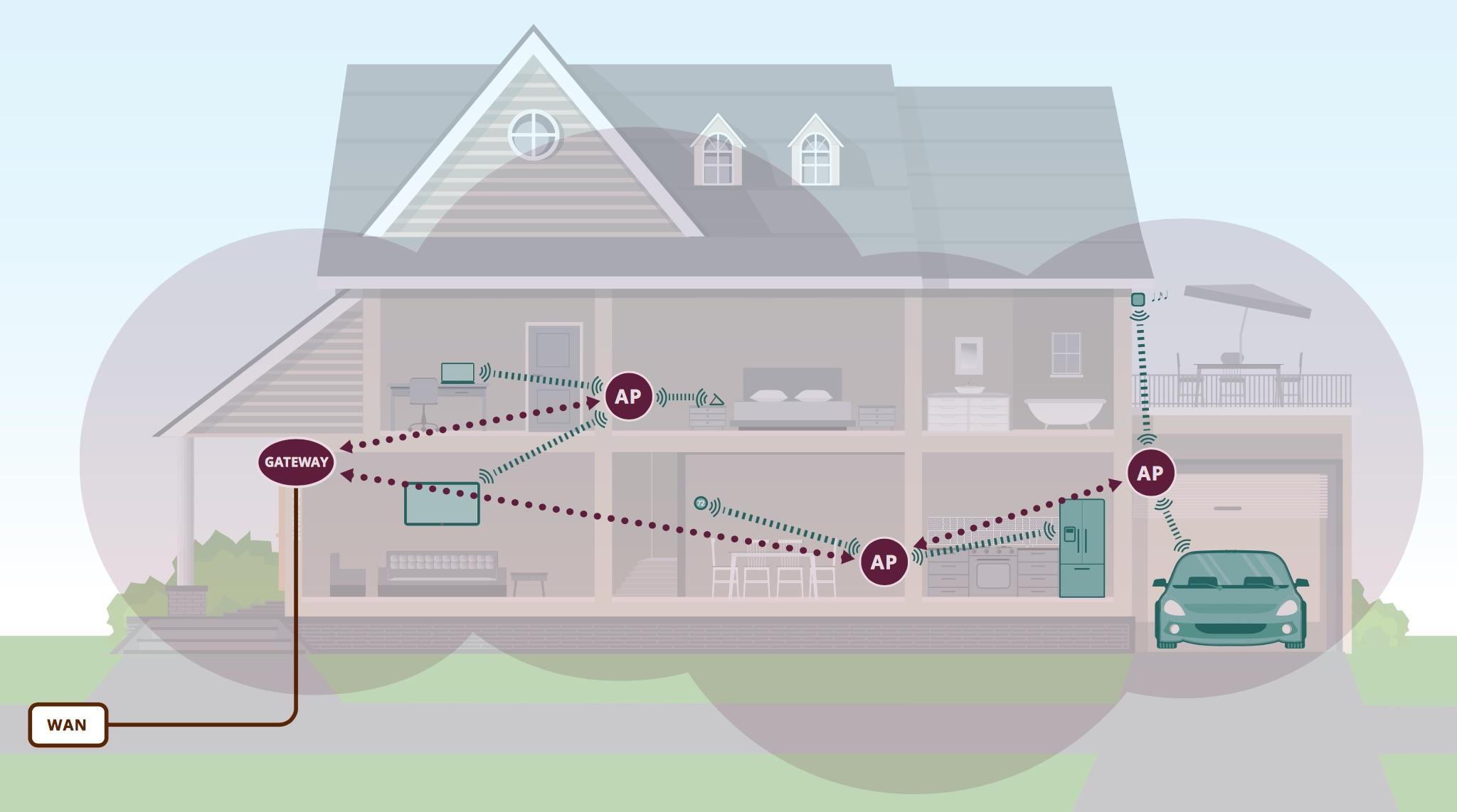 The link, or backhaul, between the controller and the agents can be wired or wireless, and the latter supports sharing a WiFi channel for the backhaul or having a dedicated one for performance reasons. It’ll have self-organization and self-optimization, too, automatically adjusting the configuration to take into account changing network circumstances to always provide maximum speed and range. Load balancing will be automatic, too.

It’s a double-edged sword for mesh networking device makers, of course. On the one hand, adopting Wi-Fi EasyMesh will be optional: they’ll be able to stick to their closed ecosystems if they prefer, and make sure users can only upgrade by adding another router from the same range. However that runs the risk of turning off new mesh adoptees, who will likely be more tempted by rival platforms that are more agnostic about expansion.

The Wi-Fi Alliance maintains that there’ll still be room for individual vendors to differentiate their products with their own features, much as single-unit routers today can add tech atop the underlying WiFi compatibility. Wi-Fi EasyMesh is software based and so, in theory at least, existing mesh router systems could be upgraded to support it. Which manufacturer will be the first to actually do that remains to be seen, however.