Why would you want a Google Project Tango tablet?

Google’s Project Tango is gradually graduating from lab to the real world, with Google’s ATAP team responsible for the 3D mapping technology partnering with NVIDIA for a new developer tablet. Thing is, $1,024 is a whole lot to spend, even for a developer device that can see the world in unprecedented detail. So, why exactly would you need a Project Tango tablet?

If you’re unfamiliar with the concept, Project Tango is both complicated and straightforward. The goal is the simple part: build up detailed 3D models of areas, both how they present to the human eye and their dimensions, which can then be interacted with and manipulated.

How Tango hardware does that is the complex part. Project Tango devices – this new Tegra-powered tablet is actually the third generation, following a rudimentary tablet first and then a smartphone form-factor after that – are bristling with cameras and depth sensors. 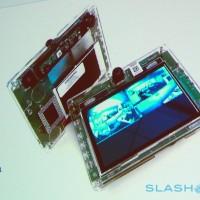 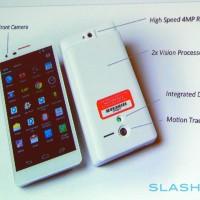 On the back, for instance, there’s a high-pixel-size regular camera for detail, and a wide-angle, lower resolution camera: together, they mimic the effect of an eye, with a narrow, detailed center portion and then a broader, vaguer surrounding area. There’s also a depth sensor, so that the tablet knows whereabouts the walls and other objects are.

So, you’ve mapped your home, or your office, or the park around the corner – what next?

To be blunt, in part Google doesn’t really know. One of the reasons it’s making Project Tango hardware more generally available is to see exactly what developers can come up with. So far, a portion of the roughly 200 smartphone-scale prototypes – functionally identical to the tablet, but with smaller batteries and displays – have been out with developers, but the arrival of the tablet should exponentially increase that.

That could unlock things like citizen mapping, where expensive camera-toting cars from Google or Nokia are replaced – or, more likely, supplemented – by individual users carrying tablets. The door is then opened for high-resolution Street View style maps, but of places the big companies might never actually find their way to covering, or with detail updates far more frequently than they have the manpower to carry out now.

Phones have been able to do 360 panoramas before, but what elevates Project Tango is the detail involved. Users could walk around a store and have product names read out to them, or around an unfamiliar city and have a detailed understanding of where they were, even if they were visually-impaired. 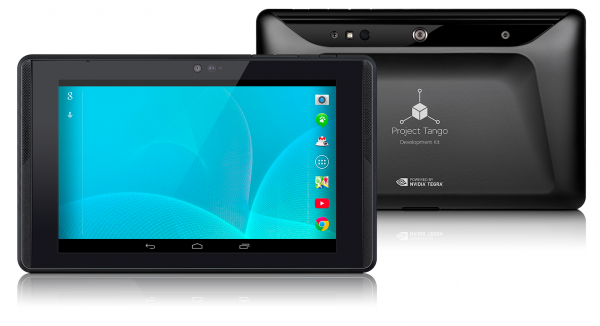 Creating your own personal maps of your living space might make picking new furnishings less of a risk, whether that’s in a physical store or online. Not only would you be sure they’d fit spatially, you could see – in three-dimensions – how they’d actually look with your existing color scheme and furniture.

Then, of course, there’s gaming. Perhaps the most obvious application, we’ve already seen in basic demos from Google’s own team: showing virtual characters on-screen that can interact with the topology of the room around you. There’s also the possibility of virtual treasure hunts – the digital update to geocaching, perhaps – or even real-world MMOs like Ingress, Google’s mass multiplayer game currently designed for phones.

In the end, that $1k price tag isn’t something consumers will face. Google’s aim is to find the killer apps for Project Tango technology, to persuade device manufacturers to integrate the sort of post-compass sensors that allow tomorrow’s smartphones and tablets to know not only where they are and what they’re looking at. Expect to hear more on that at Google I/O later this month.