Why the MacBook Pro reviews are all wrong

If you take a look around the web, you’ll already find plenty of reviews about the new MacBook Pro. To date, only the non-Touch Bar 13-inch model has been made available, with other models arriving sometime next week (if you ordered early). All told, the reviews are less than glowing, with many likening the computer to a farce foisted on us by Apple. That’s certainly one way to look at it, but there’s probably something a bit more obvious at play.

Reading through the reviews, a few things becomes fairly evident. First, the new keyboard is going to be polarizing (I happen to love it) with its shallow key travel. Second, the massive trackpad is a welcome addition.

Another notable feature on the 13-inch model is the screen. While the same resolution as the previous Retina Pro models, it’s now a lot brighter and supports the P3 color gamut. It’s just plain beautiful.

But there are some professional-level disadvantages. It’s got a pretty basic CPU, the GPU is limited to Intel’s offering, and the two Thunderbolt 3 ports are going to leave you buying dongles — another not-so-pro feature many are complaining about.

For all the complaining, one thing is certain: the new 13-inch, non-Touch Bar Pro is not a ‘pro’ computer at all. Often, reviews append their long-winded ranting with that notation at the end, but it misses the mark. 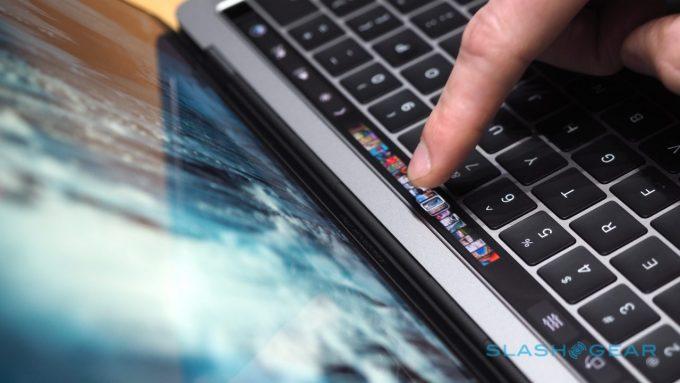 This is Apple’s fault

What we’ve quickly forgotten is that most of those reviewing the new Pro (the pesky tech press, wouldn’t you know) were ardent fanboys of the MacBook Air. I can’t tell you how many conferences I’ve been to, only to see a sea of Airs floating through the halls while I lugged my Pro around.

We’ve (the royal ‘we’ here) also lost track of the biggest complaint about the Air: the screen. For so long the only thing the tech press wanted was an Air with a Retina screen. It would be the perfect computer, they’d say.
Then they got one — except Apple dubbed it a ‘Pro’ computer.

The Air was judged apart from the Pro because it was this sliver of aluminum Steve Jobs slipped out of an inter-office envelope and positioned as the entry-level MacBook to encompass the world outside of Pros. You know, the 99 percent (sorry ‘pros’… complain all you want, but you’re not what matters).

It had pretty ho-hum specs and a middling screen resolution — but oh, the form factor! So slim, so pretty… so portable, and easy to balance on a lap while live-blogging a keynote speech from a tech conference!

Instead of simply rebooting the Air lineup, Apple gave us a confusing Pro stable to pick through. Do we want the Pro non-Touch, or one with Touch Bar — and 13 or 15 inch? Did you need more RAM? Yeah, that’s only available on the 15-inch version. Sorry.

The Pro is not a Pro

Except it’s not a Pro. It’s an Air… with a Retina screen.

But the tech press is holding the computer to a different standard than it would a new Air, despite being very aware of what they’re doing. If Apple had simply called its basic offering a new Air, the only knock would be the form factor being exactly like the Pro (and probably Thunderbolt ports, but whatever). Even then, we wouldn’t care much… at least we’d know where it stood in the lineup.

And then we’d have that ‘Air with a Retina screen’ so many have always wanted. I mean, Apple even pulled the 11-inch Air from circulation, and isn’t updating the 13-inch model. It’s clearly trying to exhaust its existing supply chain — so what other indicators do we need that the Air is dead and this new thing is its replacement?

The naming scheme is Apple’s fault, but it’s poor form on the tech press for not being able to see through it more directly. That so many hold the low-end Pro to the ‘Pro’ standard Apple sets is silly. Call it what you like, it’s clearly the new Air — and should be judged as such.