In defense of dongles on MacBooks

It’s pretty fashionable to hate dongles the past year or so. Since Apple introduced its USB-C reliant MacBook (you know, the 12-inch model), people have been lamenting the existence of cable add-ons. It’s a fair criticism, considering we’d gone so long with the spoils of ports donning the side of our MacBooks Pro and Air, but it’s time to turn the corner. In many ways, dongles are better than ports. No, really.

Learning to love your dongle

I’ll take my 2013 MacBook Pro as an example of what we’re all about to be missing:

On the surface of things (literally), it seems like Apple is punishing us. And let’s not mince words, here: Apple’s thirst for slim, sexy computers is absolutely a driving factor for USB-C/Thunderbolt 3. With it, the company was able to slim the new Pros down about 15% across the board.

And we have to live with that, because we really have no other choice when it comes to a portable macOS device. Hackintosh-ing is still a hack-job.

So you’ve got four ports, and that seems terrible — but it’s not. Apple hasn’t taken a single thing from us, it’s just asking us to consider our use of MacBook ports differently. And really, USB-C is far better than dedicated ports.

Let’s consider that on my 2013 MacBook, I might need to plug in three USB peripheral devices. I only have two ports; I’d need an add-on hub anyway!
And what about that second Thunderbolt port that sits there dormant? It’s useless to me. Same with the SD card slot –– all my photos are backed up to the cloud automatically. I never use it.

But if they were Thunderbolt 3 slots, I could use them however I liked.

If you havin’ Mac problems, I feel bad for you son, I got 99 problems but a dongle ain’t one. #AppleEvent #MacBookPro pic.twitter.com/yCXpUXbkj3

“Pro” is a subjective term

A common complaint is that Apple isn’t looking out for ‘pros’ with the new MacBook Pros. The only real ‘pro’ I can conceivably see as being left behind is the photographer, and even they’ve got a low-cost recourse to get the SD card slot back.

Apple also dropped the price of its own dongles (for a limited time!) in response to your complaints, so there’s now less barrier to entry for dongled bliss if you act quickly.

Many lament the dongles Apple and third-party manufacturers are selling, but I think they’re wrong. A good example is my iPhone; the popular argument is that I now need two cables for my iPhone — one USB cable for my charger, and one Lightning to USB-C cord for my MacBook.

Wrong. I really need a Lightning to USB cable and a USB-C dongle or adapter, which then leaves the main cable as a dual-use iPhone option for my computer or my charger. If I don’t want to think that much about an adapter, I can get a hub.

Most hubs also allow for pass-through charging, and add many of the ports we’ve been forced to give up like USB and SD card slots. With $40 or so, you get those legacy ports back on top of the USB-C ports on the MacBook Pros.

Interesting how that works out. Pros can still be pros and not worry about which ports they have available.

The lone holdout: Thunderbolt 2/MiniDisplay. Still, that’s less popular than USB, so it’s easy to see why Apple had no problem migrating to USB-C connectivity. 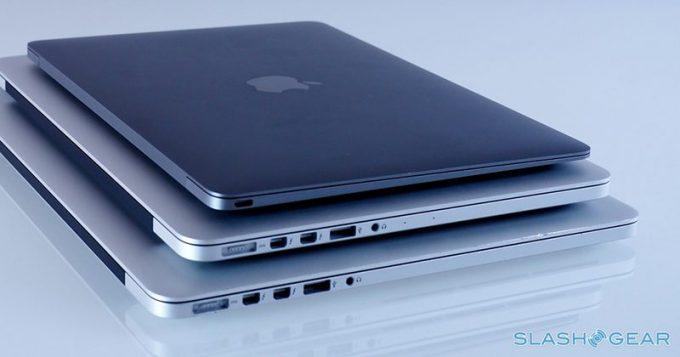 Cash rules everything around me

Unfortunately, to get to this level of extensibility, you’ll have to drop a few extra bucks. A specced-out MacBook Pro can cost over $4,000; spending a penny more feels a bit wrong. (Shouldn’t we get everything, like a hub, with that four grand?!)

But there are easy (read: cheap) ways out. Satechi’s USB-C hubs are a good bargain, and Aukey has some low-cost USB to USB-C adapters that I really like. All told, I spent an extra $50 or so and ended up not giving up a single thing I used (or had access to) on my 2013 MacBook Pro.

A disclaimer: I don’t use Thunderbolt save for a monitor, and that’s only because I happened to have a MiniDisplay to HDMI cord. If you use an HDMI monitor (with an HDMI to HDMI cable), as I suspect so many do, a hub or adapter will do just fine. Also, make sure the hub works with the power requirements of your new Pro; many older hubs were built with the 2015 MacBook in mind.

The thing I’m really enjoying about USB-C is that in addition to open extensibility, I can do things like charge my MacBook from a battery pack; the same battery pack I use to charge my phone. I can also charge my computer via an outlet, hook up my phone and link to an external storage device with an entire outlet left untouched — which can then be whatever I want it to.

It’s more stuff to keep track of in your bag, and I know that’s another common rant, but dongles also allow power users to become more powerful for their own use cases. I think that if you give it an objective shot, you’ll end up liking the USB-C/Thunderbolt 3 life just fine — especially once third-parties make the jump to USB-C.